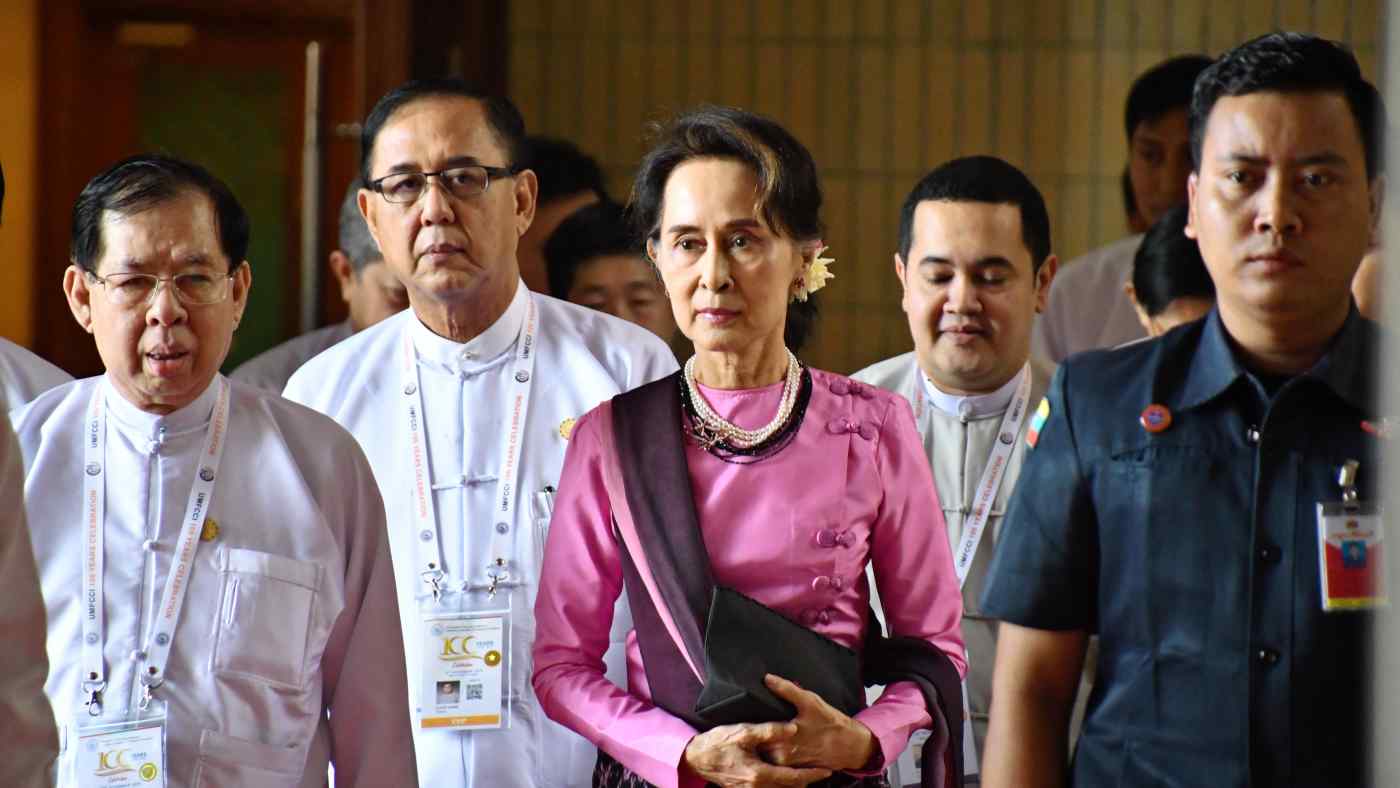 YANGON -- The party of Myanmar's de facto leader, Aung San Suu Kyi, has pushed ahead with proposed constitutional amendments that appear dead on arrival, signaling a willingness to confront the country's powerful military ahead of this year's general election.

The proposals to be voted on by lawmakers Tuesday would curtail the military's power in parliament, going to the heart of a constitution drafted to keep the armed forces front and center even after Myanmar's transition to democracy and civilian rule.