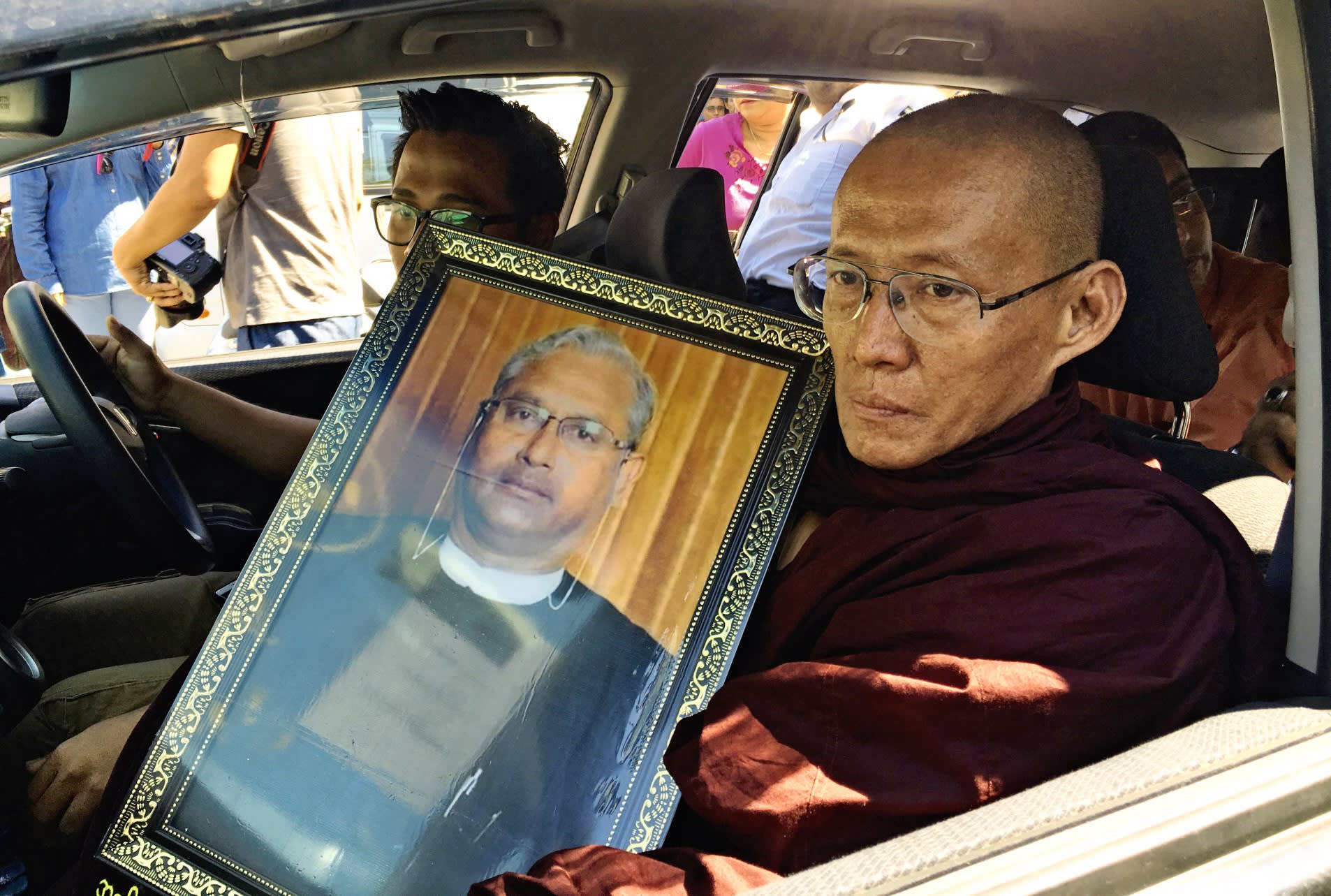 YANGON -- The conspicuous silence by Myanmar's de facto leader Aung San Suu Kyi on the murder of a key Muslim adviser has raised questions about her willingness to address the country's religious divisions and stand up to the nation's powerful military.

Ko Ni was shot dead on Jan. 29 at the Yangon airport. The gunman, who was arrested at the scene, told police that an acquaintance had offered to give him money to buy a car if he killed one Muslim. The suspected instigator was later detained as well.

The lawyer and adviser to the ruling National League for Democracy was known for opposing legislation restricting interfaith marriages and conversions under former President Thein Sein, and had also helped draft a bill to limit religious hate speech.

Myanmar in recent years has come under global criticism over the oppression of Rohingya Muslims in its western Rakhine State. Meanwhile, the growth of the country's Muslim population has met with backlash from the Buddhist majority. Ko Ni had frequently been slammed by conservative Buddhists, some of whom had even celebrated his death on social media.

Suu Kyi's response, or lack thereof, has come under scrutiny at home and abroad. She did not attend the lawyer's funeral on Jan. 30 or meet with his family. The president's office issued a statement calling on the people to remain calm in the face of "actions aimed at destabilizing the state." But Suu Kyi herself has remained completely silent on the issue.

The incident also highlighted the limits of the civilian government in public safety matters. The Ministry of Home Affairs, which controls the police, has traditionally been led by a member of the military. The armed forces issued a statement promising its full support for the investigation. But there have been few updates, and the fact that the suspect's police statement was leaked online, among other signs, raises a number of questions about the handling of the affair. The NLD's campaign for transparency seems unable to penetrate the military.

Ko Ni was one of the NLD's strongest advocates for amending the constitution, and had raised concerns within the military. Some have questioned the neutrality of a military-led investigation.