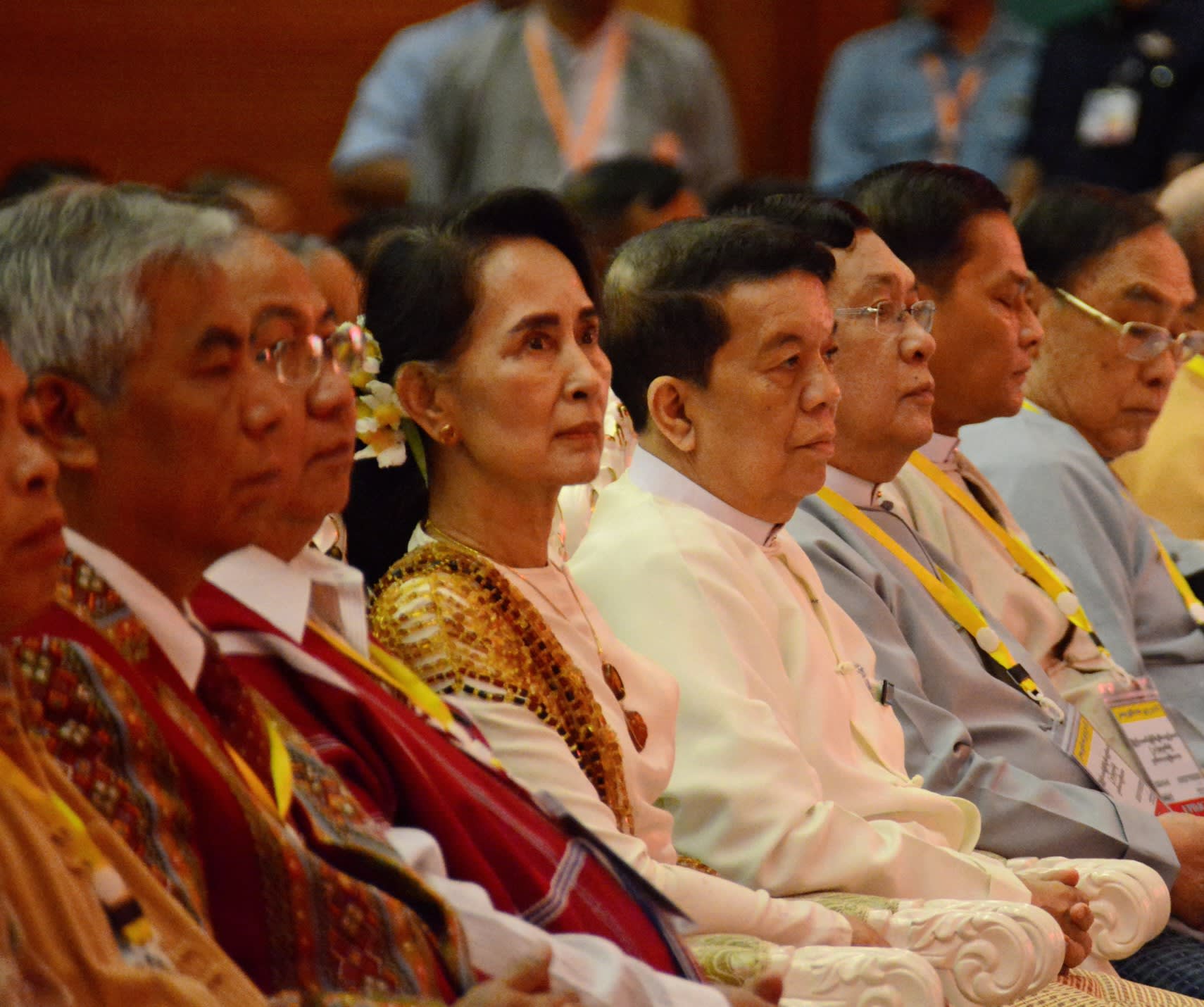 YANGON -- More than a year after Aung San Suu Kyi led Myanmar's shift to democratic rule, the country's de facto leader has found herself turning to two unlikely allies in her attempts to resolve ongoing internal ethnic conflict and press ahead with economic development.

In mid-June, national military forces attacked the Kachin Independence Army in the north of the country near the Chinese border. Miners and residents in the area were forced to evacuate and hundreds sought refuge in churches and temples, according to local reports.

The attack came just weeks after the 21st Century Panglong Union Peace Conference in late May, attended by the government, military and a number of the country's armed groups. The KIA was one of seven groups attending as "special guests" and had a meeting with Suu Kyi, raising hopes that a peace deal could be struck, but fighting flared up again.

An expert pointed out that the government lacks people capable of establishing a relationship of trust with the country's myriad ethnic minorities. Eight ethnic groups which had already signed a ceasefire arrangement agreed to a provision of equal treatment at the conference. While in some respects the conference could be seen as a success in that it laid out a framework for dialogue, many sources of conflict were left unaddressed, such as the question of potential future secession from the union.

After years under house arrest under the military government, Suu Kyi was widely expected to lead Myanmar to democracy by both citizens and the international community.

Under Myanmar's constitution, the military controls defense and police affairs. Suu Kyi's relationship with the military has grown more prominent amid continued insurgencies.

Following a series of attacks on police posts in northern Rakhine State last autumn, the Rohingya Muslim minority reportedly suffered numerous abuses at the hands of the military as it sought to crack down on the attackers.

Suu Kyi rejected the chance to bring in an independent team from the United Nations Human Rights Council to investigate, claiming it would risk further exacerbating divisions among local residents.

The Nobel Peace Prize laureate had to ask a panel led by former U.N. Secretary-General Kofi Annan to work out countermeasures, and there is a growing sense of disappointment among international human rights groups in the U.S. and Europe.

As Myanmar began the transition to civilian rule in 2011, then-President and retired Gen. Thein Sein moved to distance the country from Beijing and huge hydraulic power plant project led by Chinese companies was shelved.

Myanmar was expected to move further away from China under Suu Kyi, but she has turned her diplomatic focus toward the country's northern neighbor.

In mid-May, Suu Kyi voiced her support for China's Belt and Road Initiative at an international conference hosted by Beijing. The prospect of China's financial clout has resonated with a country badly in need of infrastructure development.

Crude oil and natural gas pipelines have been laid between Kyaukpyu in Rakhine and Kunming in China's inland province of Yunnan by Chinese companies and went in to operation in April.

Myanmar also relies on China for assistance with the ongoing peace process. A government representative voiced appreciation for China's coordination at the Panglong conference, which was attended by seven armed groups who did not sign the ceasefire accord.

In welcoming Myanmar's transition to civilian rule and its diplomatic shift from exclusive reliance on China, the U.S. and European countries lifted sanctions on the Southeast Asian country, prompting a flood of investment.

Suu Kyi's coseying up to the military and Beijing may compromise the country's long-awaited transition to civilian rule.