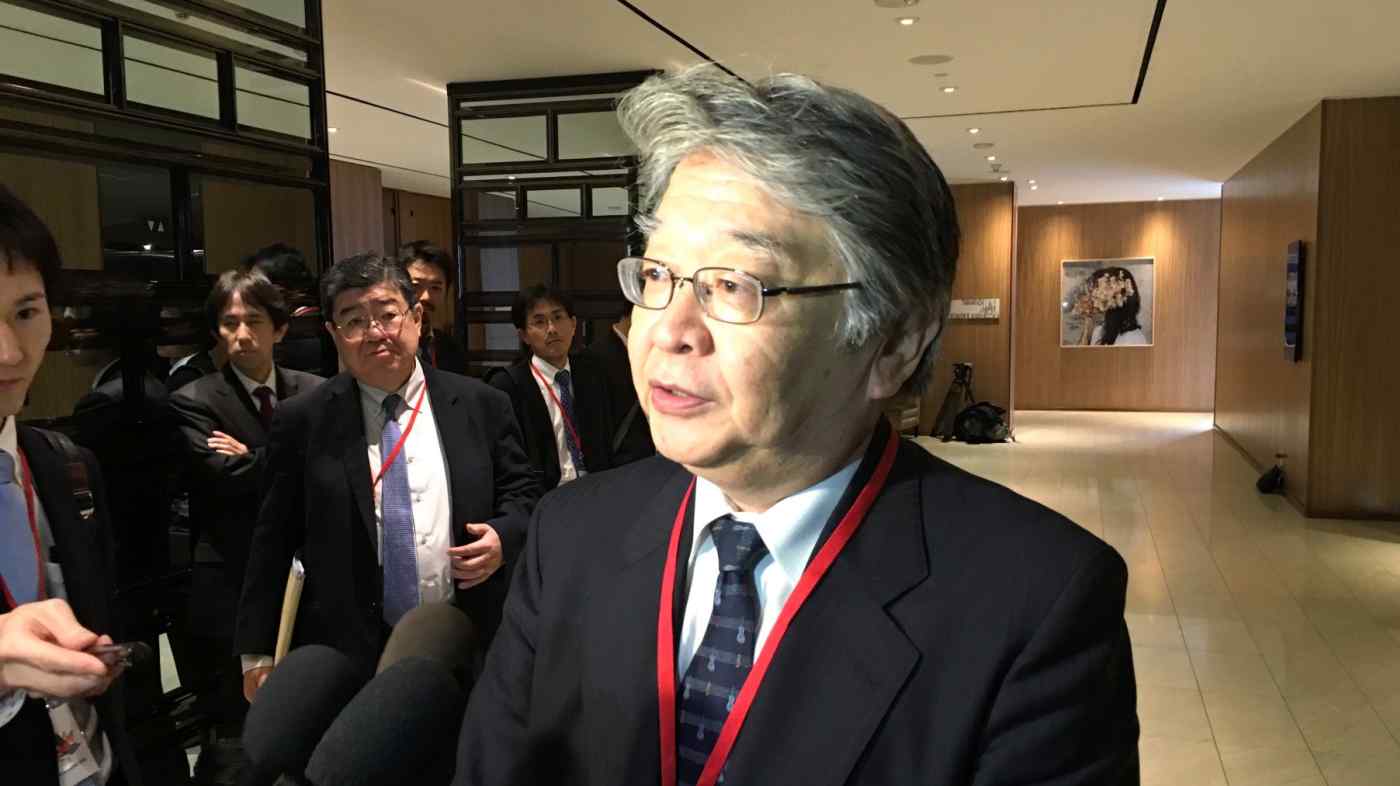 Keiichi Katakami, Japan's top negotiator on the TPP, at talks in Canada this month pushed for keeping the pact's terms intact even without the U.S.
May 16, 2017 05:32 JST | Japan
CopyCopied

TOKYO -- The 11 remaining signatories to the Trans-Pacific Partnership intend to proceed without the U.S. but lay an easy path for its return, hoping to tempt Washington back to the table.

The U.S. withdrew from the trade agreement in January, leaving Japan as the largest economy in the group. Tokyo hopes to execute the TPP under the pact's current terms.

The remaining members will make a joint statement at ministerial-level talks to open in Vietnam on Sunday. Vietnam and New Zealand, which will co-chair the talks, compiled a draft statement, which calls for executing the pact as quickly as possible. The document also says members will consider options including accelerating the process required for nations originally in the pact to rejoin.

TPP members intend to settle such administrative-level business in time for a summit scheduled for November, the draft statement says.

The pact's general terms, as agreed upon in October 2015, require unanimous approval by members for the admission of any new nation. A working group under a committee of the signatories would hash out the conditions for accepting a new member, and the committee would vote based on that working group's report.

This mechanism was designed to admit countries outside the original 12, such as Thailand or Indonesia. The so-called TPP 11 would bypass these deliberations only for the U.S., with which they already have negotiated tariffs and other terms.

Tokyo has previously told the other remaining members that it thinks a re-entry path for Washington should be smooth. Some think Japan also hopes to speed the process so as to avoid reopening negotiations on settled issues, such as repealing tariffs and setting import quotas on agricultural products.