President Tsai says conflict is not answer, but China warns of 'red line' 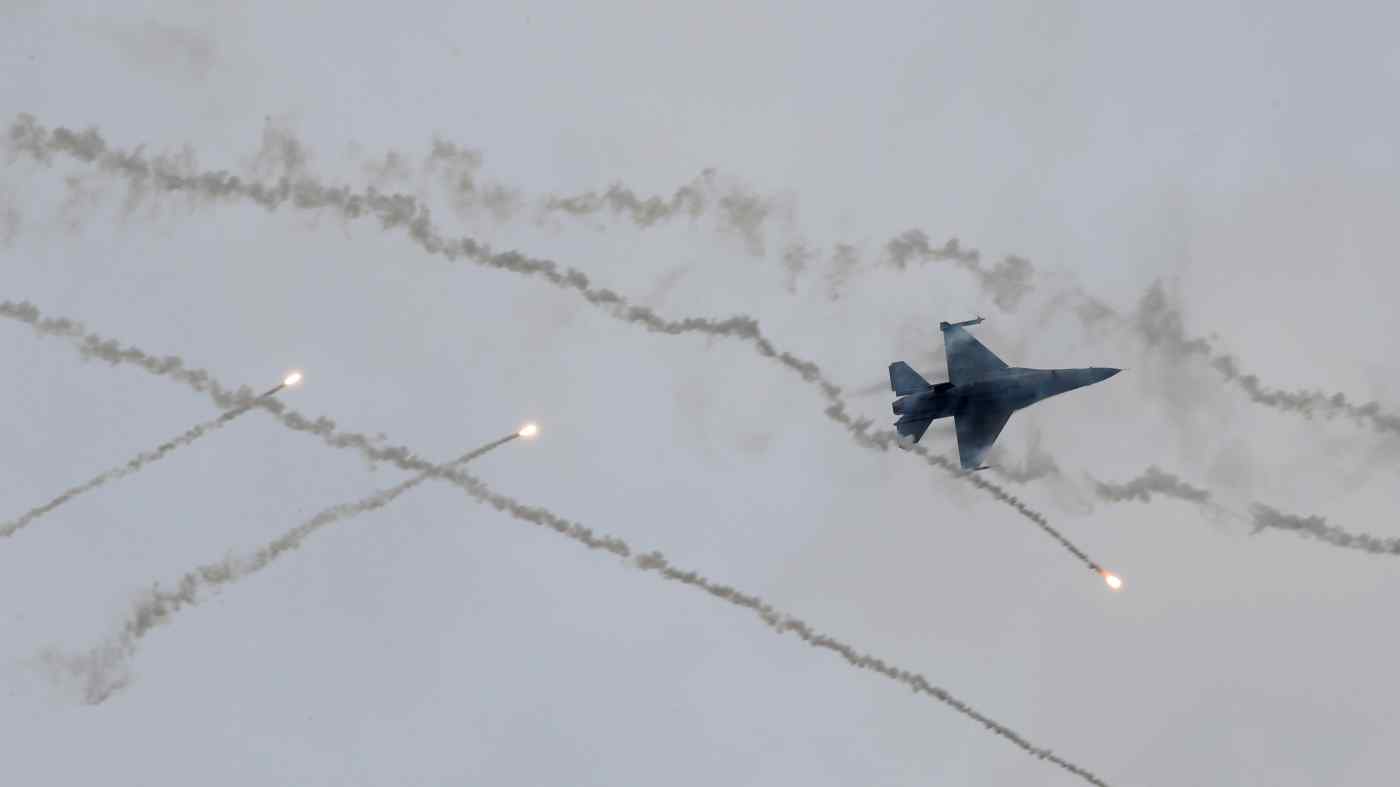 CHIAYI, Taiwan (Reuters) -- Taiwan air force jets screamed into the sky on Wednesday in a drill simulating a war scenario, showing its combat readiness amid heightened military tensions with China, which claims the island as its own.

Before takeoff, flight crews at a base in the southern city of Chiayi - home to U.S.-made F-16 fighter jets that are frequently scrambled to intercept Chinese warplanes - rushed to ready aircraft as an alarm sounded.

The exercises were part of a three-day drill to show Taiwan's battle readiness ahead of the Lunar New Year holiday at the end of this month.

Tensions across the sensitive Taiwan Strait have been rising in the past few years, with Taiwan complaining of repeated missions by China's air force near the democratic island.

Chinese military aircraft frequently fly into the southwestern part of its air defence identification zone (ADIZ), airspace around the island that Taiwan monitors and patrols.

"With the very high frequency of Communist planes entering our ADIZ, pilots from our wing are very experienced and have dealt with almost all types of their aircraft," Major Yen Hsiang-sheng told reporters, recalling a mission in which he was dispatched to intercept Chinese J-16 fighters late last year.

China has not ruled out using force to bring Taiwan under its control.

Taiwan has termed China's activities as "grey zone" warfare, designed to both wear out Taiwan's forces by making them repeatedly scramble, and also to test its responses.

In a new year message for China last week, Taiwan President Tsai Ing-wen said military conflict is not the answer. Beijing responded with a stern warning that if Taiwan crossed any red line it would lead to "profound catastrophe".