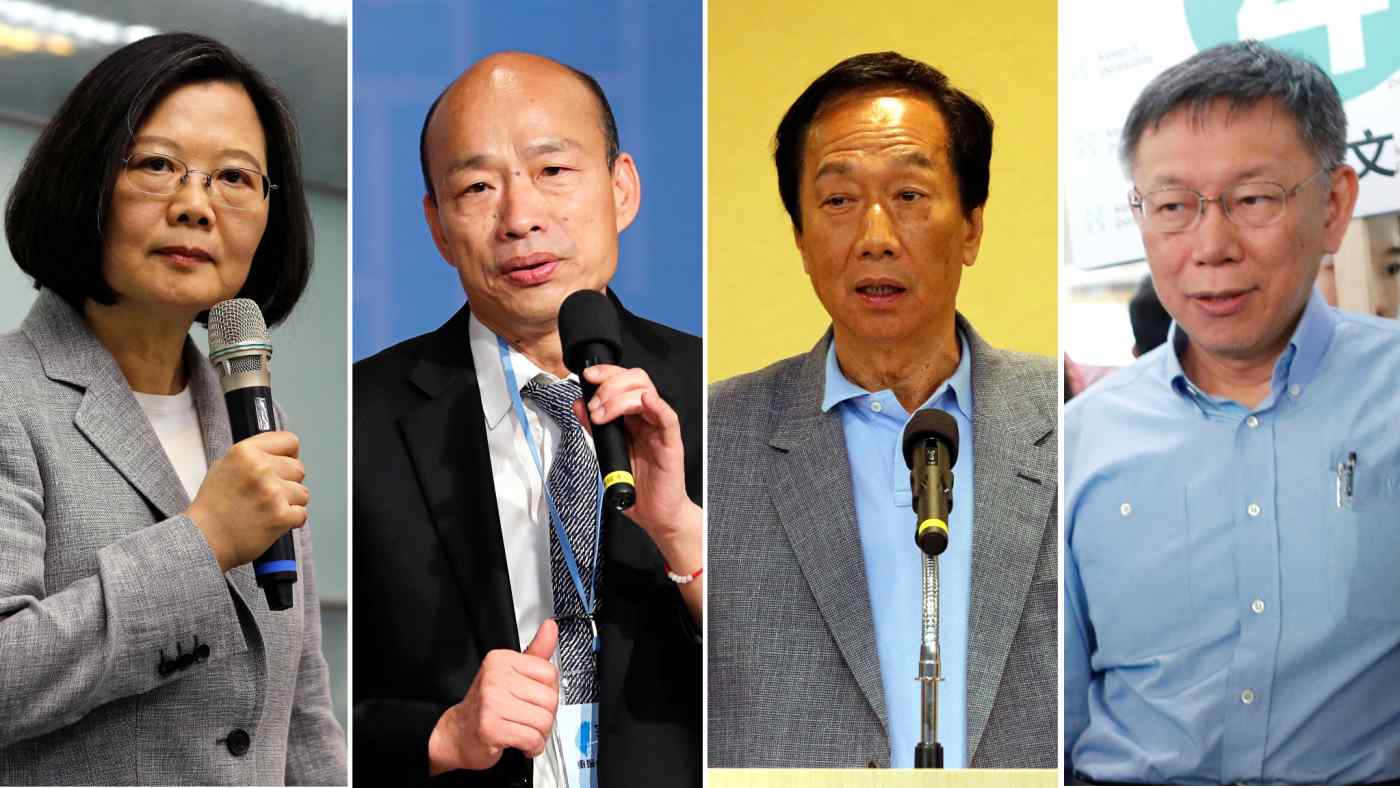 TAIPEI -- Taiwan's presidential hopefuls angling for a nomination from the Kuomintang are breaking with the opposition party's traditionally pro-Beijing stance, as large-scale protests in Hong Kong have fueled wariness toward the mainland here.

Foxconn Chairman Terry Gou, who is seeking a Kuomintang nomination, is now trying to play down his ties to China's political and business circles. "One country, two systems' has failed in Hong Kong," Gou told reporters Sunday.