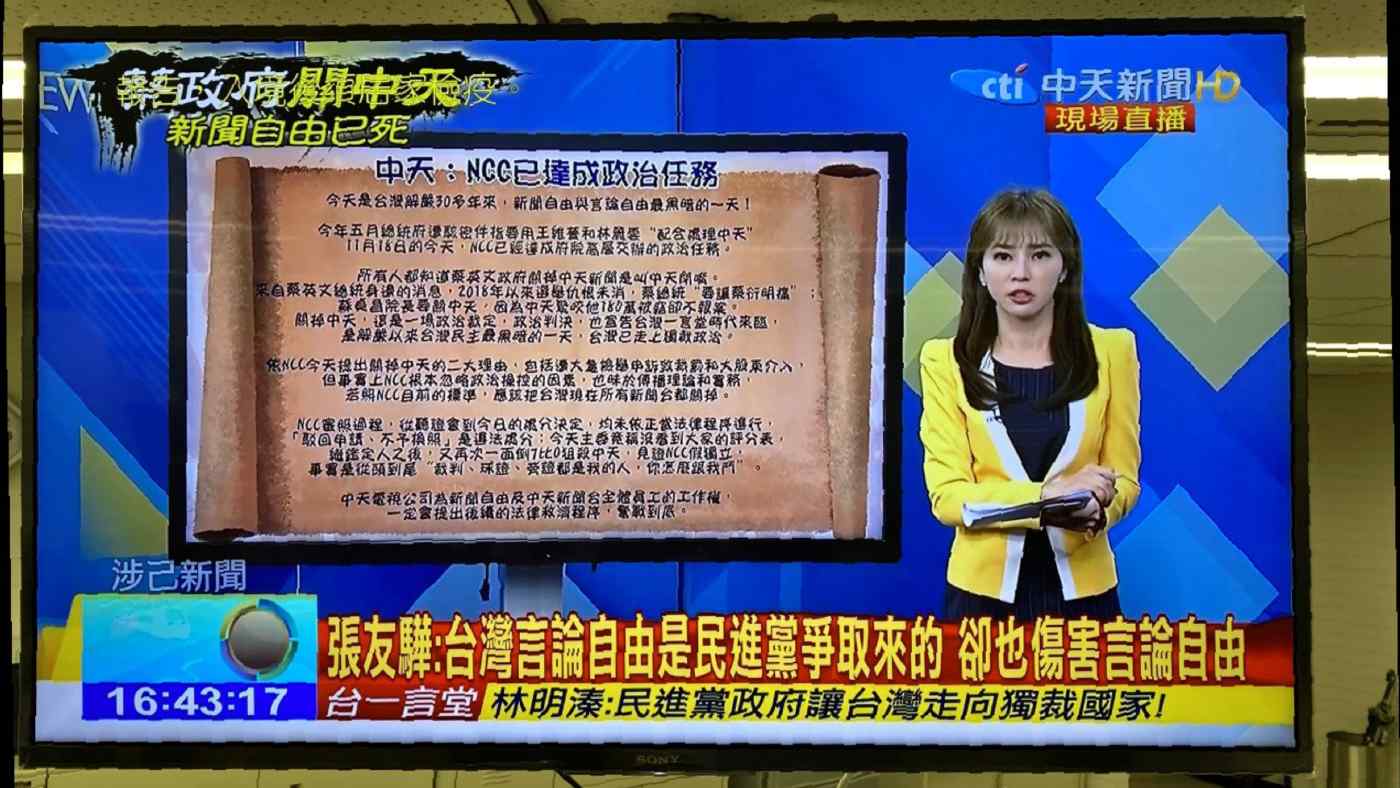 TAIPEI -- Taiwanese authorities on Wednesday announced they will not renew the broadcast license of a prominent pro-Beijing news channel, triggering pushback from its operator as a violation of press freedoms.

Without a renewal, CTi News will be forced off the air when its current license expires on Dec. 11. The other two entertainment-focused channels under the same broadcaster, CTi TV, will remain on the air.