Taiwan poll shows Tsai reelection is 'all but a foregone conclusion' 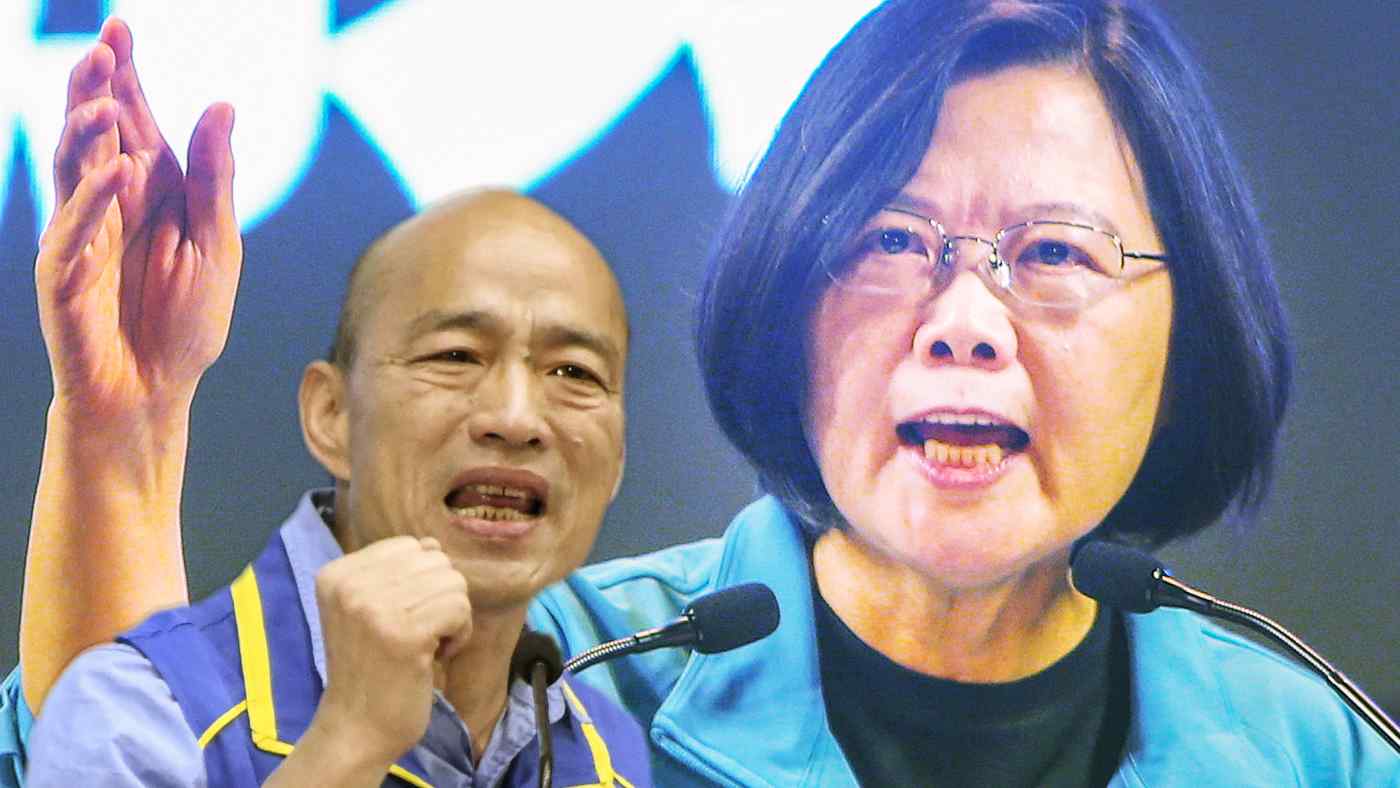 TAIPEI -- Just over a month ahead of Taiwan's presidential election, incumbent Tsai Ing-wen has widened her lead over China-friendly Kuomintang candidate Han Kuo-yu.

Some 50.8% of respondents to an Apple Daily poll published on Monday said they would vote for the China-skeptic Tsai in the Jan. 11 election. Han came a distant second with 15.2%, his lowest since winning his party's primary, while People's First Party Chairman James Soong secured just 6.5% -- the same percentage as respondents who said they have not decided who to vote for.