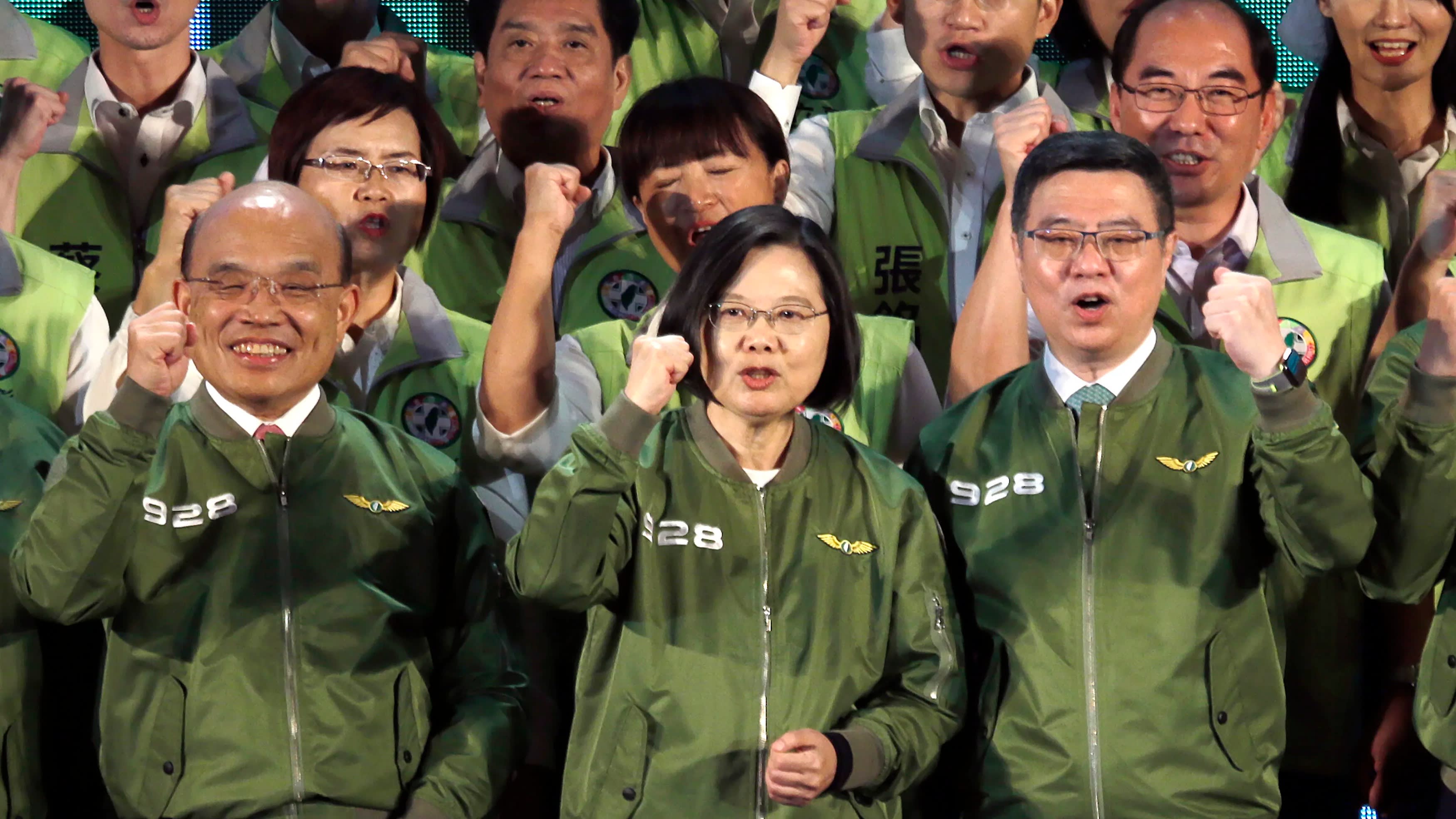 TAIPEI (Kyodo) -- Taiwanese President Tsai Ing-wen called for solidarity within the ruling Democratic Progressive Party at a party convention on Saturday, ahead of a presidential election next January.

At the convention in Taipei, her independence-leaning party also adopted a resolution opposing a Taiwanese version of the "one country, two systems" formula for unification explored by the ruling Chinese Communist Party on the mainland.

The island's Jan. 11 presidential election is likely to be a contest between Tsai, who is seeking re-election, and Kaohsiung Mayor Han Kuo-yu, of the pro-China main opposition Nationalist Party, or Kuomintang (KMT).

Tsai has led Han by about 10 percentage points in recent public opinion polls.

"The last thing they want to see is Tsai Ing-wen winning the re-election and the DPP securing a legislative majority," Tsai said Saturday, referring to the Communist Party. "They prefer to see somebody kowtowing to them," she added.

Tsai's party suffered defeats in local elections in November, but public support for the party has since recovered against a backdrop of rising "anti-China" sentiment in Taiwan amid continued anti-government protests in Hong Kong.

Chinese President Xi Jinping proposed early this year to start exploring a Taiwanese version of the governance formula under which Beijing guaranteed Hong Kong a high degree of autonomy when it was returned to China in 1997.

While Xi pledged that Beijing would respect Taiwan's existing legal freedoms, he reiterated China's long-held view that it reserves the right to use force to thwart attempts at independence.

Tsai has categorically rejected the proposal.