Tien Wu, chief operating officer of ASE, said he was optimistic about the second half of 2017, based on information and orders from clients. (Photo by Cheng Ting-fang)
CHENG TING-FANG, Nikkei staff writerJune 28, 2017 21:53 JST | China
CopyCopied

"We would like to get the deal approved as soon as possible," said Tien Wu, chief operating officer of ASE, which is also an Apple supplier. "We are communicating and working closely with China's regulators as they say they need more time to go over the case." 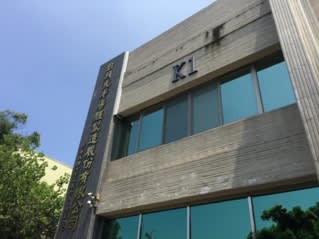 ASE and SPIL agreed on the buyout May last year, forming a new holdings company to control both entities with a combined market capitalization of 471.2 billion New Taiwan dollars ($15.4 billion).

But ASE's first application to Chinese authorities for the merger expired early June, a few days after China's Ministry of Commerce said it needed more time to review the deal.

On June 6, the Taiwanese company resubmitted an application to the ministry for approval. The new application could take at least a month or up to 180 days for further reviews, according to ASE officials.

"If the deal could not be passed by the end of the year, we will need to re-sign the agreement with SPIL as well ... It's still hard to say at the moment how the deal would play out eventually as there are still uncertainties and possibilities," said Wu.

There was speculation that rivals players such as Jiangsu Changjiang Electronics Technology, Tongfu Microelectronics, and Tianshui Huatian Technology, pressured the authorities to block the deal. Others said that cooling ties between Taipei and Beijing may have led to the protracted review of the merger.

Wu said the company had been talking to its Chinese competitors, but he declined to comment if there were any political factors delaying its application.

The transaction has been approved by antitrust regulators of major markets including U.S., Taiwan and South Korea, according to Wu.

"We do see short-term impact on the company's stock price since the deal is delayed the but we think it would eventually get passed," said Mark Li, an analyst at Sanford C. Bernstein.

ASE shares have declined more than 3% over the past three months, despite a more than 5% rise on Taiwan's benchmark index over the same period.

Li said ASE did lose orders for Apple's force touch chips to Chinese rivals, but those products offer very low margins and their contribution to the bottom line is insignificant.

ASE's Wu said he was very confident about demand for the second half of the year. Market watchers expect the soon-to-be launched premium iPhone handsets that come with OLED display will fly off the shelves.

"Based on the information and orders we received from clients, we are optimistic about the second half of this year," said Wu. "We expect our company's revenue will grow quarter after quarter in 2017."

Wu forecast that ASE's revenue this year will grow more than 3% to 4% from a year ago. Apple is ASE's No.1 customer that accounts for around 24% of the company's annual sales of NT$274.9 billion last year.