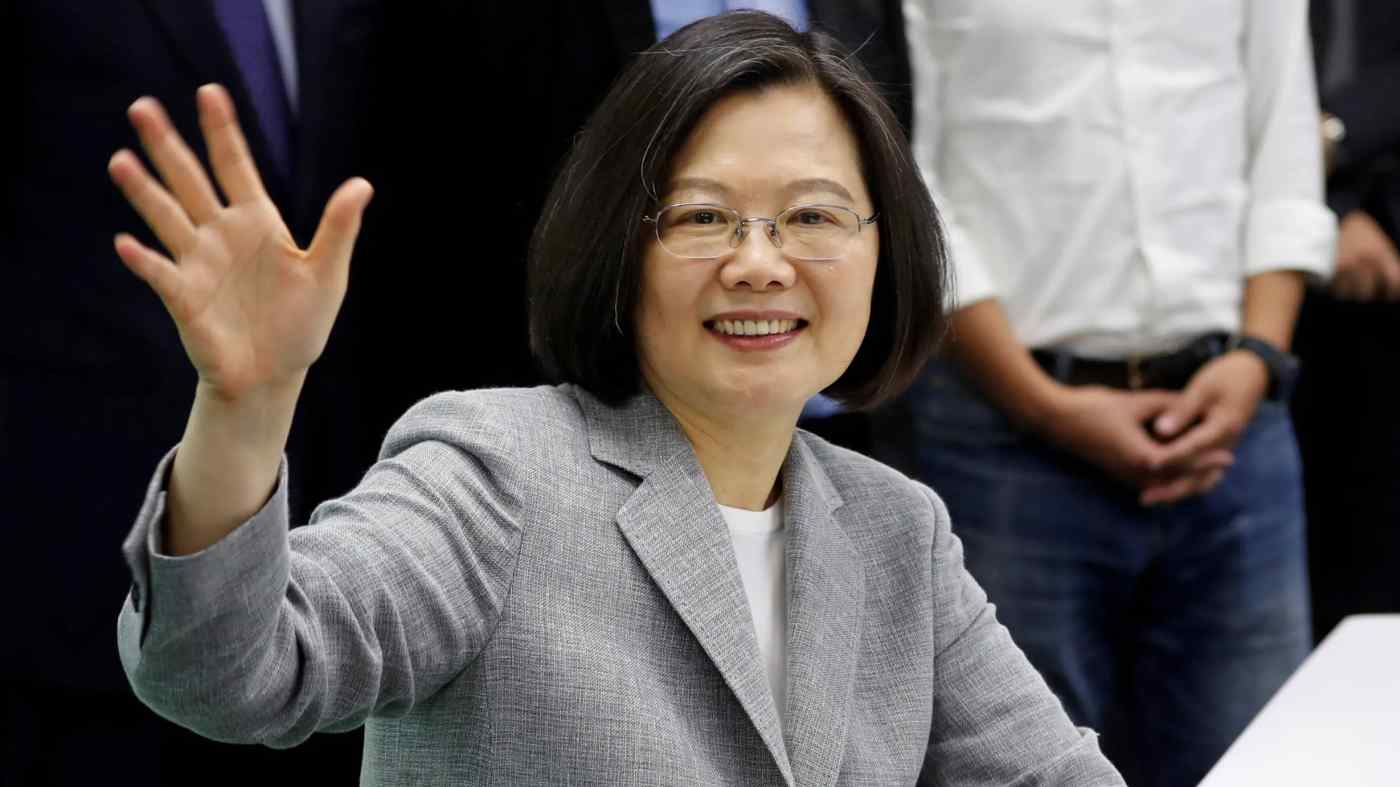 TAIPEI -- Taiwanese President Tsai Ing-wen on Thursday registered for the Democratic Progressive Party's presidential primary, setting up a contest with former Premier Lai Ching-te ahead of next year's elections.

Lai, also known as William Lai, is a more vocal advocate of an independent Taiwan separate from China. He unexpectedly registered Monday. Lai served as premier under Tsai but stepped down a few months ago in the wake of the ruling DPP's crushing defeat in local elections.

A Taiwanese president must be able to connect with like-minded countries to counter the Chinese threat, she wrote on social media, explaining the job requirements.

"I want to once again shoulder the responsibility for Taiwan as we move on to the next stage," Tsai said at DPP headquarters.

The mainstream group of the party has decided to support Tsai, but think tank polling shows strong support for Lai. The party's nominee will be decided in April.

With the pro-China main opposition Kuomintang gaining momentum, the DPP will need to boost its popularity to stay in power, regardless of who is nominated.

The election is scheduled for Jan. 11, 2020, the same day as the Legislative Yuan elections, the Central Election Commission decided Tuesday.