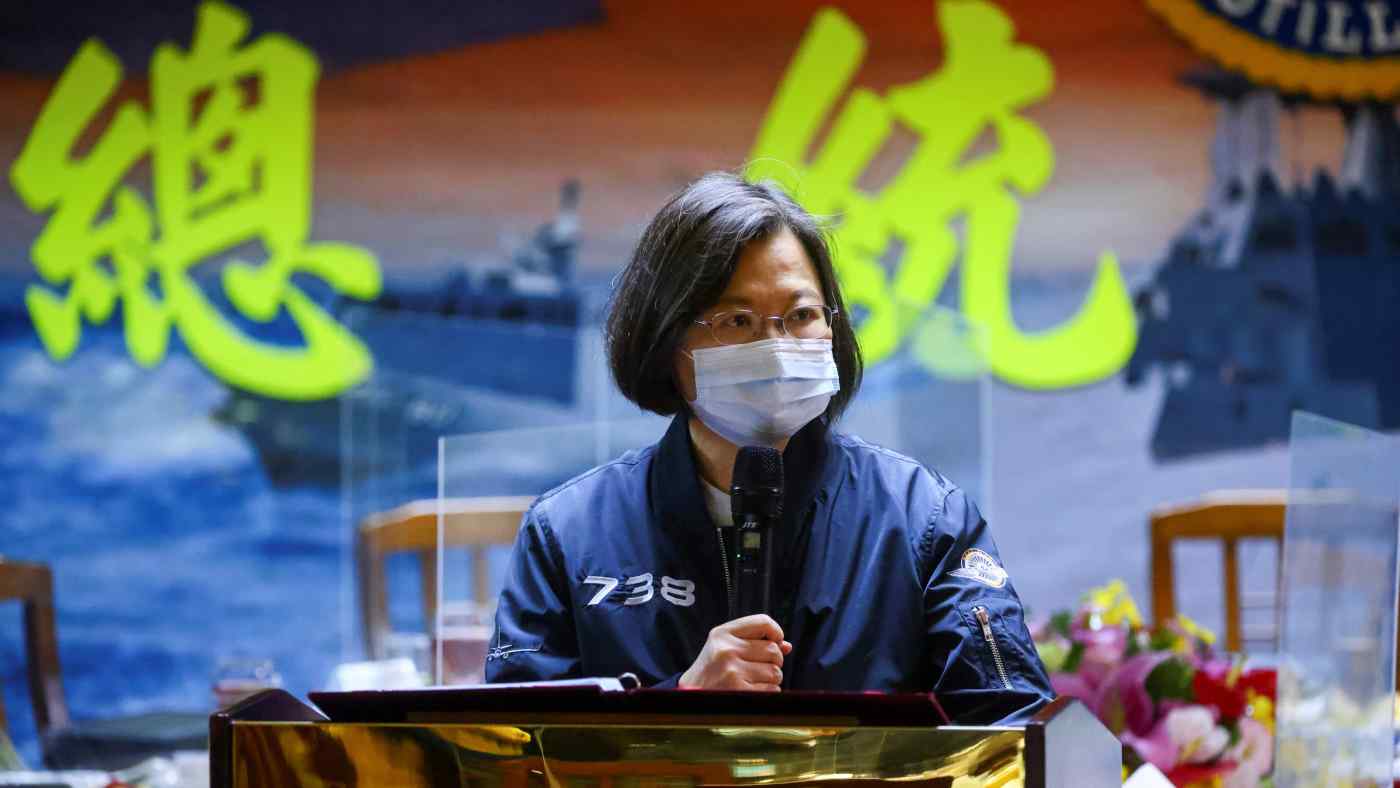 TAIPEI -- One year since starting her second and final term as Taiwan's president, Tsai Ing-wen's hopes of curbing the island's economic dependence on an increasingly assertive mainland China has hit major snags amid a surge in coronavirus cases.

China has ramped up military pressure on Taiwan in recent months through repeated incursions into Taiwanese airspace, fueling international concerns over a potential emergency in the Taiwan Strait. But Taiwanese trade with the mainland has only increased amid the rising tensions, while plunging support over the island's belated COVID-19 surge narrows Tsai's options to strengthen economic ties with the rest of the world.