Beijing's economic incentives sink in ahead of general elections 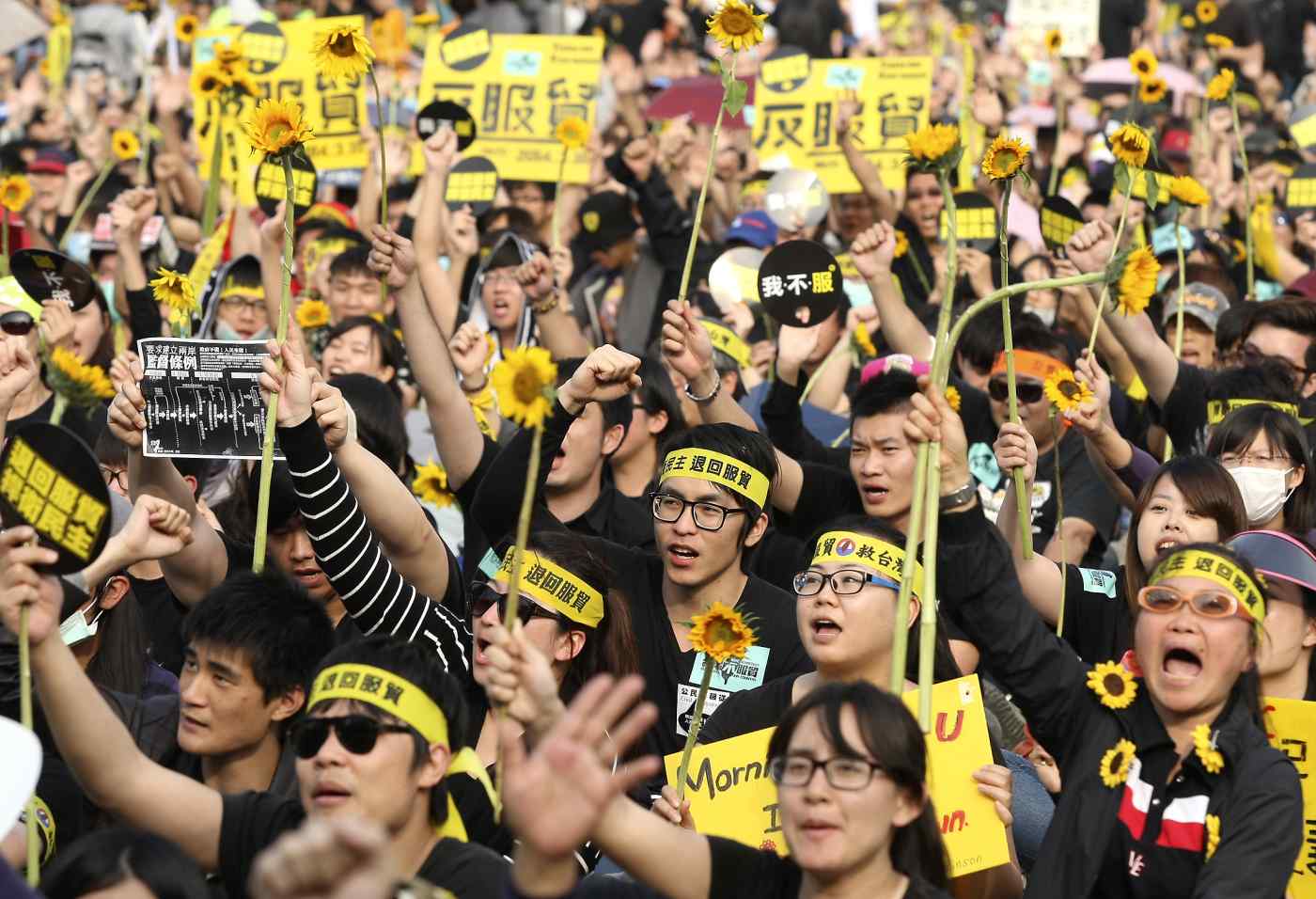 TAIPEI -- Five years on from the student-led movement that swept a pro-independence party into power, Taiwanese are growing less wary of mainland China as Beijing's carrot-and-stick approach taps into economic frustration among the young.

March 18 marked the fifth anniversary of the occupation of Taiwan's parliament that kicked off what became known as the Sunflower Movement. The protests were rooted in opposition to the Cross-Strait Services Trade Agreement, a deal meant to strengthen Taiwan's economic ties to the mainland. The movement marked a turning point in Taiwan's relationship with mainland China, which considers it a breakaway province.