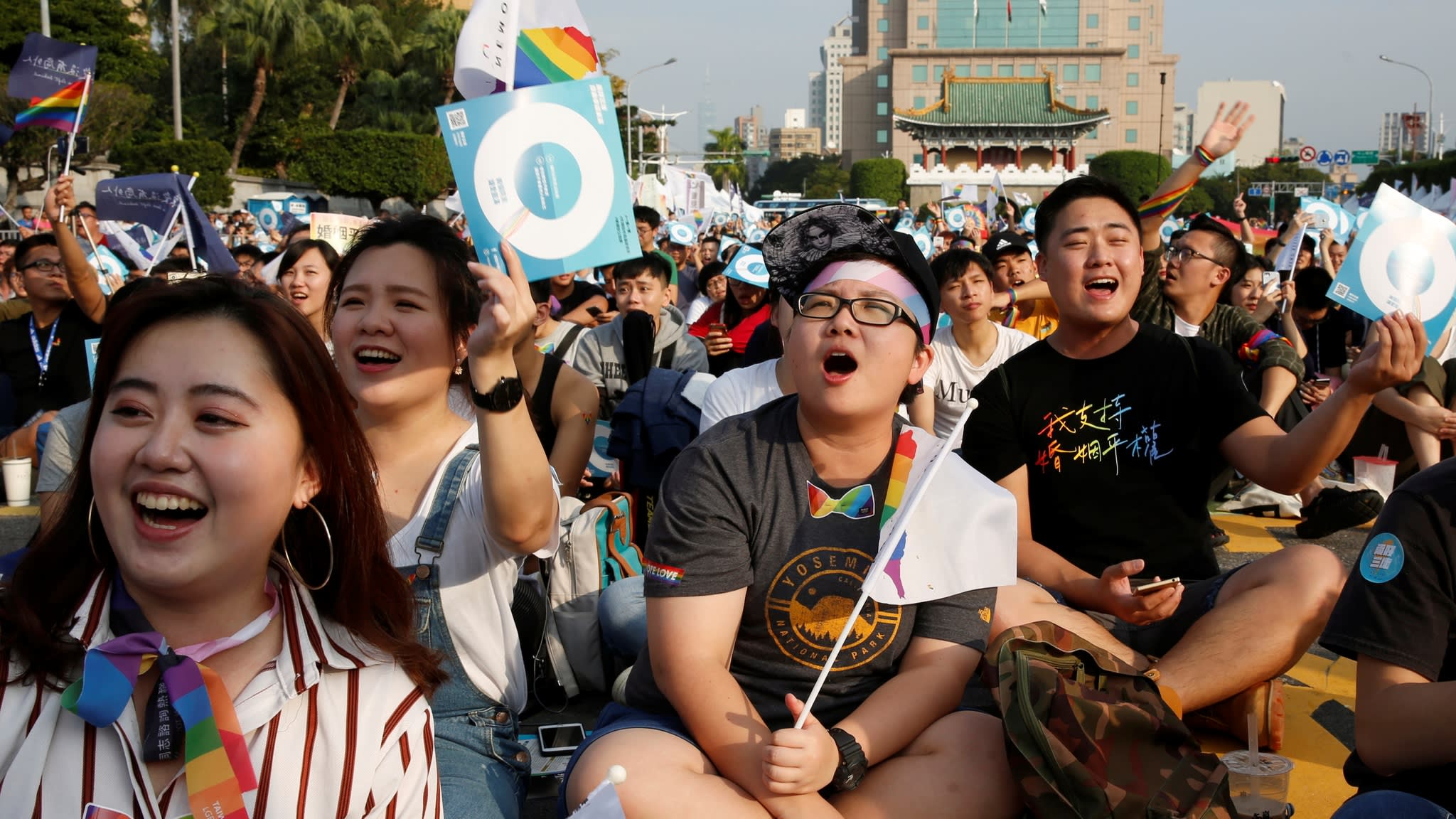 Supporters of an upcoming referendum on legalizing same-sex marriage attend a rally in Taipei.   © Reuters

TAIPEI -- Taiwanese voters participating in islandwide local elections on Nov. 24 will need to wrestle with 10 referendums, including some that may affect relations with mainland China and Japan.

The flurry of ballot questions owes to legislative changes enacted by President Tsai Ing-wen's government to carve out a larger role for the public in politics. But these pro-democratic reforms may end up hindering the government's efforts to make policy.

Revisions to the Referendum Act approved by lawmakers last December cut the number of signatures needed to put a question on the ballot to 1.5% of eligible voters from 5%. Referendums can now pass if they are supported by at least 25% of eligible voters -- down from 50% -- in addition to outnumbering those who oppose the proposals.

One referendum asks whether Taiwan should maintain a ban on imports of food from five Japanese prefectures around the site of the 2011 Fukushima Daiichi nuclear disaster.

Tsai's administration moved in 2016 to ease these restrictions, but its plans were shelved amid public concern fanned by the opposition Nationalist Party, or Kuomintang, which warned that "radioactive food" would threaten the safety of the island's food supply. The Kuomintang aims to use the ballot question to bring the issue to the fore during the election and gain another avenue of attack against the Tsai administration.

Another referendum, initiated by pro-independence activists, asks whether Taiwan should compete in the 2020 Tokyo Olympics under the name "Taiwan" rather than as "Chinese Taipei." Tsai's moderate government is leery of the idea. Such a move could anger China and threaten Taiwan's participation in the games.

The public will also vote on questions related to LGBT rights and education, including whether Taiwan's Civil Code that defines marriage as between a man and a woman should be revised.

Taiwan's Constitutional Court ruled in May 2017 that same-sex couples have the right to wed and ordered the government to legalize same-sex unions within two years, but the question of how remains up in the air.

Conservatives oppose changing the Civil Code, arguing that eliminating the assumption of marriage being between a man and a woman would destroy the concept of the family. They instead favor a separate law creating an alternative arrangement for same-sex couples that guarantees the same rights as marriage.

Progressives object to such a measure, which they see as an attempt to trap same-sex couples in a separate framework.