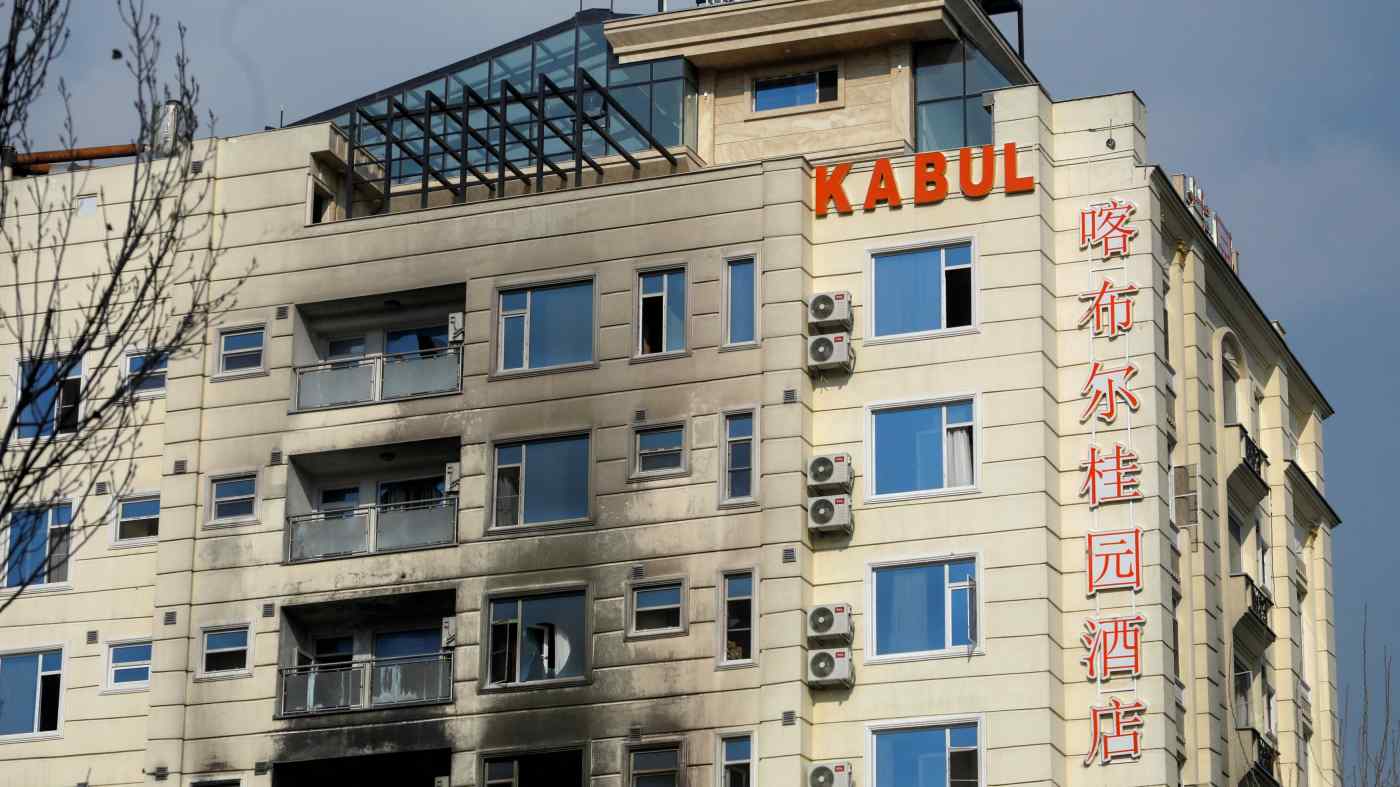 ISIS-K claimed responsibility for an attack on this Kabul hotel, pictured with damage and a blackened exterior on Dec. 13. The hotel is frequented by Chinese businesspeople and diplomats.   © Reuters
ZIA UR REHMAN, Contributing writerDecember 18, 2022 17:30 JST | Afghanistan
CopyCopied

ISLAMABAD -- An attack on a Kabul hotel popular with Chinese businesspeople this week has added to Beijing's security frustrations in the region, where it finds itself in the crosshairs of multiple insurgent groups.

ISIS-K, the regional affiliate of the Islamic State group, claimed responsibility for December 12 bombing and shooting at a hotel "frequented by Chinese diplomats and businessmen" in central Kabul, saying that "Chinese communists and Taliban elements" were the targets. This was the first such attack on Chinese interests in Afghanistan since the Taliban captured Kabul in August 2021.