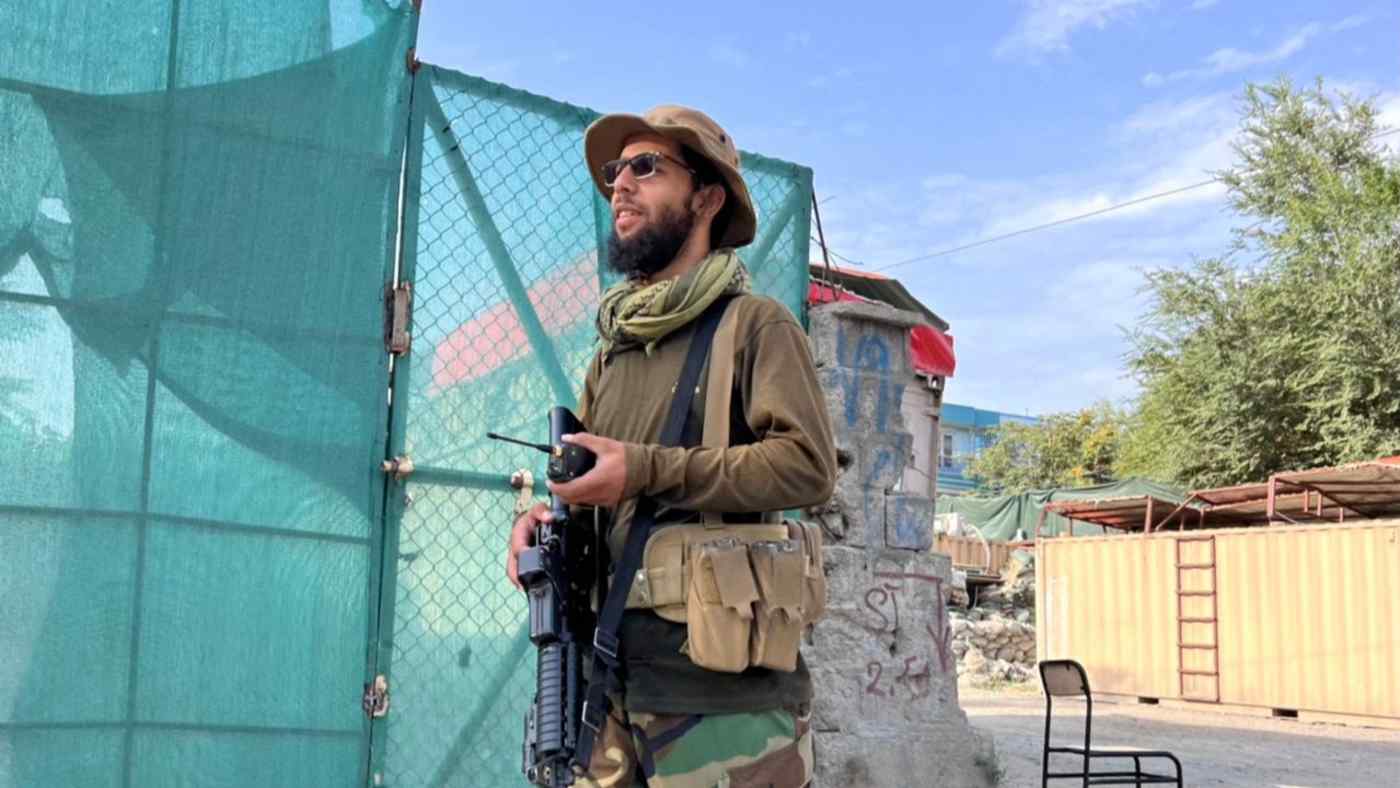 A Taliban fighter stands guard near the site in Kabul where al-Qaida leader Ayman al-Zawahiri was killed in a U.S. strike over the weekend.   © Reuters
ZIA UR REHMAN, Contributing writerAugust 2, 2022 18:48 JST | Afghanistan
CopyCopied

ISLAMABAD -- The killing of al-Qaida leader Ayman al-Zawahri in a U.S. drone strike in Kabul has put the Taliban in an awkward position between Washington and groups claiming the mantle of jihad in the region, analysts say, adding another element of uncertainty to Afghanistan's volatile mix.

The 71-year-old native of Egypt was one of the world's most-wanted terrorists for his alleged role in helping Osama Bin Laden plot the 9/11 attacks, though the U.S. has been hunting him since the 1990s. "Now justice has been delivered and this terrorist leader is no more," President Joe Biden said in a televised address from the White House on Monday, saying he had given final approval for the "precision strike" after months of planning.