Thai anti-junta parties hold back campaigns in fear of arrests

A week after ban lifted, political activity still subdued ahead of election 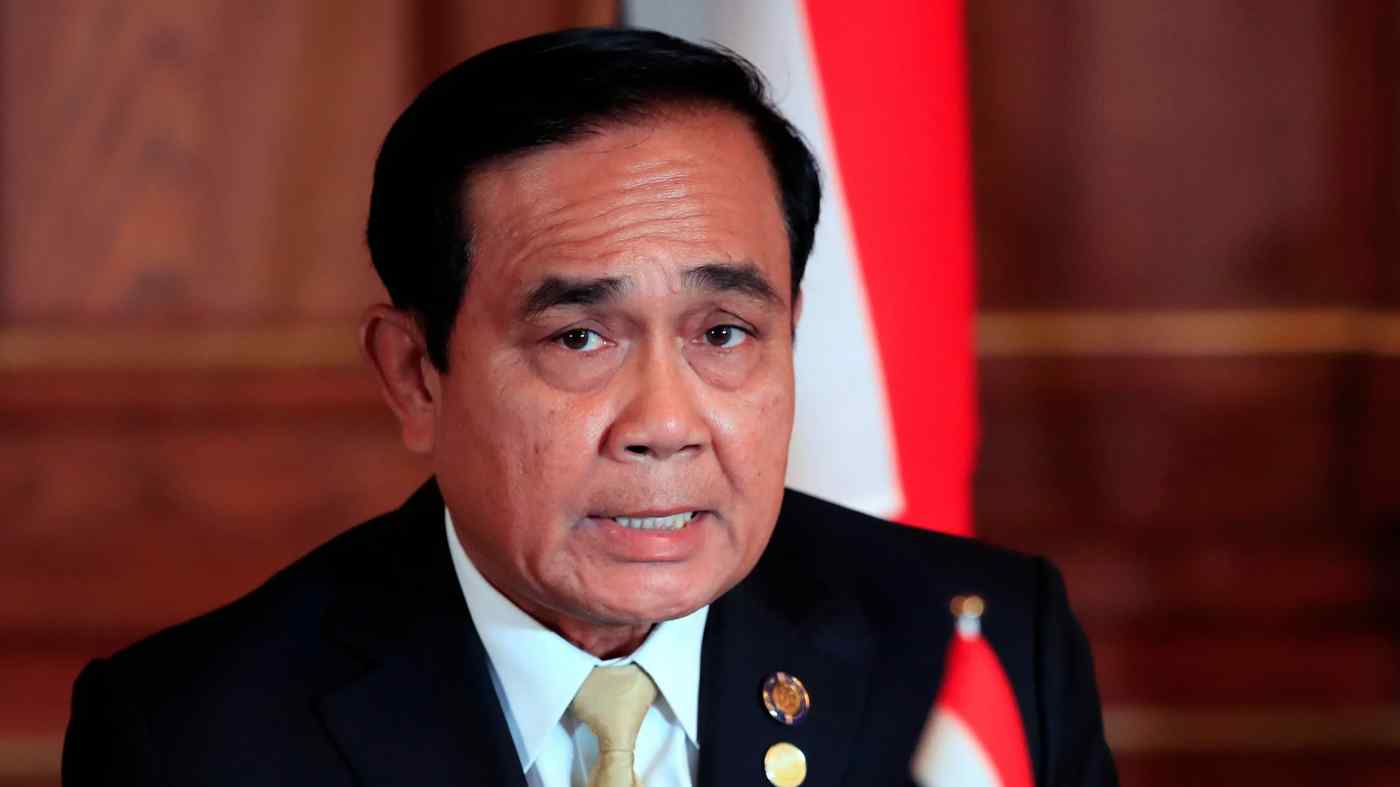 BANGKOK -- One week after Thailand's junta government lifted a ban on political activity, the streets of Bangkok have seen no organized rallies or political party banners promoting their candidates ahead of the general election that has been set for next February.

Despite the removal of the years-long ban and the long-awaited election planned for Feb. 24, even the simple process of handing out leaflets has not been seen in the city, with the reticence to start campaigning suggesting political parties are wary of flouting the junta's new rules.

The junta, led by Prime Minister Prayuth Chan-ocha, announced the lifting of the ban in the Dec. 11 issue of the Royal Gazette, the government's public journal, on the same day as a law came into effect requiring that a general election takes place within 150 days. The ban was introduced in 2014, when the junta took power in a coup.

"It's not quite clear what we can or cannot do in the election campaign at the moment," said a senior member of the Democrat Party.

According to the junta's road map to the election, political parties are only allowed to conduct election campaigning after the Thai King gives a royal decree to hold a lower house election, which is scheduled for Jan. 2. However, the junta has not made clear the difference between "political activities" and "election campaigns."

Some in anti-junta parties feel that getting the two mixed up could lead to their being arrested for violating the laws.

The Thai junta has a history of creating such an atmosphere of confusion. In 2017, a former deputy spokeswoman for the Pheu Thai Party, which backs exiled former Prime Minister Thaksin Shinawatra, was charged with sedition over Facebook posts that attacked the government.

One of the posts criticized Prayuth for refusing to meet with protesters opposed to a planned coal plant, but instead taking time out for a photo opportunity with a rock star. Other posts accused him of secretly negotiating arms deals with the U.S.

The junta requires candidates to hand in more administrative documents than previously in order to run for office, said the Democrat member.

The military government claims the extra paperwork is due to its focus on having corruption-free candidates, as the purpose of its 2014 coup was to regain law and order. The junta's road map to the election stated that the Election Commission would announce detailed regulations for the upcoming polls on Dec. 20.

"I think we will be ready to campaign by the New Year," the Democrat member said.

Some political party executives, especially supporters of former Prime Ministers Thaksin and Yingluck Shinawatra, have voiced strong criticism of the ruling junta since the ban was lifted.

Jaturon Chaisang, who heads the election strategy committee of Thai Raksa Chart Party, said that Thais should no longer tolerate the suffering inflicted by the junta. "The country is ruled by a leader who lacks maturity and cannot be scrutinized," he said.

Thai Raksa Party is an ally of the Thaksin Shinawatra-linked Pheu Thai Party. Jaturon recently left Pheu Thai to back up the newly-formed party.

Jatuporn Promphan, a senior member of the Puea Chat Party, criticized the junta for losing the country respect in the eyes of the international community. "Tourist arrivals have declined because the country is not democratic," he said. Puea Chat is another ally of Pheu Thai.

The same party executives were already voicing their concerns before the ban was lifted, with the junta letting their comments pass. However, the lifting of restrictions might have given them a greater sense of freedom to express their opinions.

The election in February is expected to be a decisive point in Thai history in whether it can return to democracy after series of military coups.

Experts believe the junta is not cracking down on criticism in order to avoid condemnation from the international community.