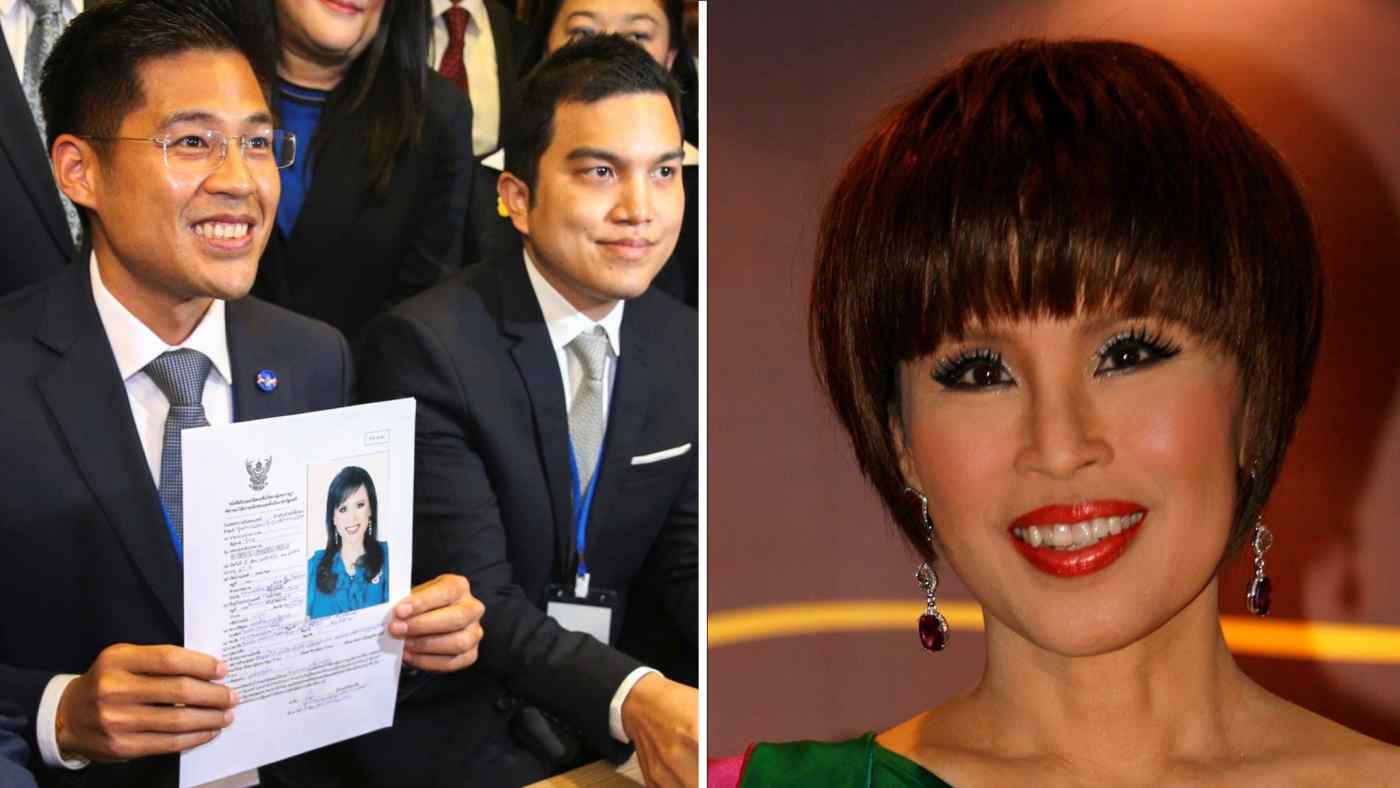 BANGKOK -- Thailand's Constitutional Court ruled Thursday that political party Thai Raksa Chart must disband, just weeks before the March 24 general election, forcing anti-junta groups that were counting on forming an alliance with the party to rethink their strategies.

The court handed down the ruling after the Election Commission filed a motion on Feb. 13 to have the party, which is aligned with former Prime Minister Thaksin Shinawatra, dissolved for unconstitutional behavior in nominating Princess Ubolratana as its prime ministerial candidate.

The 13 executive members of Thai Raksa Chart will be banned from politics for 10 years.

Chaturon Chaisang, the party's chief election strategist and a sharp polemicist, will not face the 10-year ban but he will not be able to run in the March election. Thai Raksa Chart registered 282 candidates for the general election who will all be disqualified now.

The decision is a major blow to supporters of Thaksin, who is on the run from the law. He was convicted of corruption in absentia and faces jail time if he returns to Thailand. Thai Raksa Chart was set up last year as a close ally of the more established pro-Thaksin group, the Pheu Thai Party.

Thai Raksa Chart leader Preechapol Pongpanich spoke after the ruling, holding back tears. "We respect the king's command," he said. "But I am deeply saddened by the decision."

Princess Ubolratana, after being informed of the news, said to her supporters on Instagram, "It's a very sad and depressing story." Supporters of the Thai Raksa Chart party cry after the verdict at the Constitutional Court in Bangkok on March 7. (Photo by Kosaku Mimura)

Electoral rules drawn up by the junta, led by Prime Minister Prayuth Chan-ocha, were aimed at preventing large parties such as Pheu Thai from gaining a big block of seats in parliament. The Thaksin camp responded by setting up a smaller party to improve its chances of a landslide victory.

Nominating the princess was another stratagem to pull in votes for Thai Raksa Chart as many Thais revere the royal family. But the court ruling highlighted the recklessness of such a move as members of the royal family are not allowed to run in elections.

The princess maintained that she was a commoner because she had relinquished her royal title many years ago, when she married an American. However, her younger brother, King Vajiralongkorn Bodindradebayavarangkun, intervened the day she was nominated to say that she was still a member of the royal family and that the move was unconstitutional.

Many political observers in Thailand expect Pheu Thai to win a plurality of seats in the election, but the party cannot secure a majority in the lower house on its own.

It may respond to Thai Raksa Chart's demise by seeking new coalition partners after the vote. The Future Forward Party, led by young tycoon Thanathorn Juangrongruangkit, could be a good fit as it shares the anti-junta stance of Pheu Thai. Thanathorn, however, has sought to distance his party from Thaksin's allies and their politics to appeal to younger voters.

Police prohibited any gathering within 50 meters of the Constitutional Court and the Supreme Court on Thursday. About 1,200 policemen were dispatched to guard the area to prevent any unrest caused by Thai Raksa Chart members or supporters.

Some 20 supporters managed to get inside the court compounds. About half an hour after the verdict was delivered, they gathered near the Constitutional Court entrance and shouted: "On March 24, use your pen to oust the dictator."