His position secured, the PM will now find it hard to satisfy demands of supporters 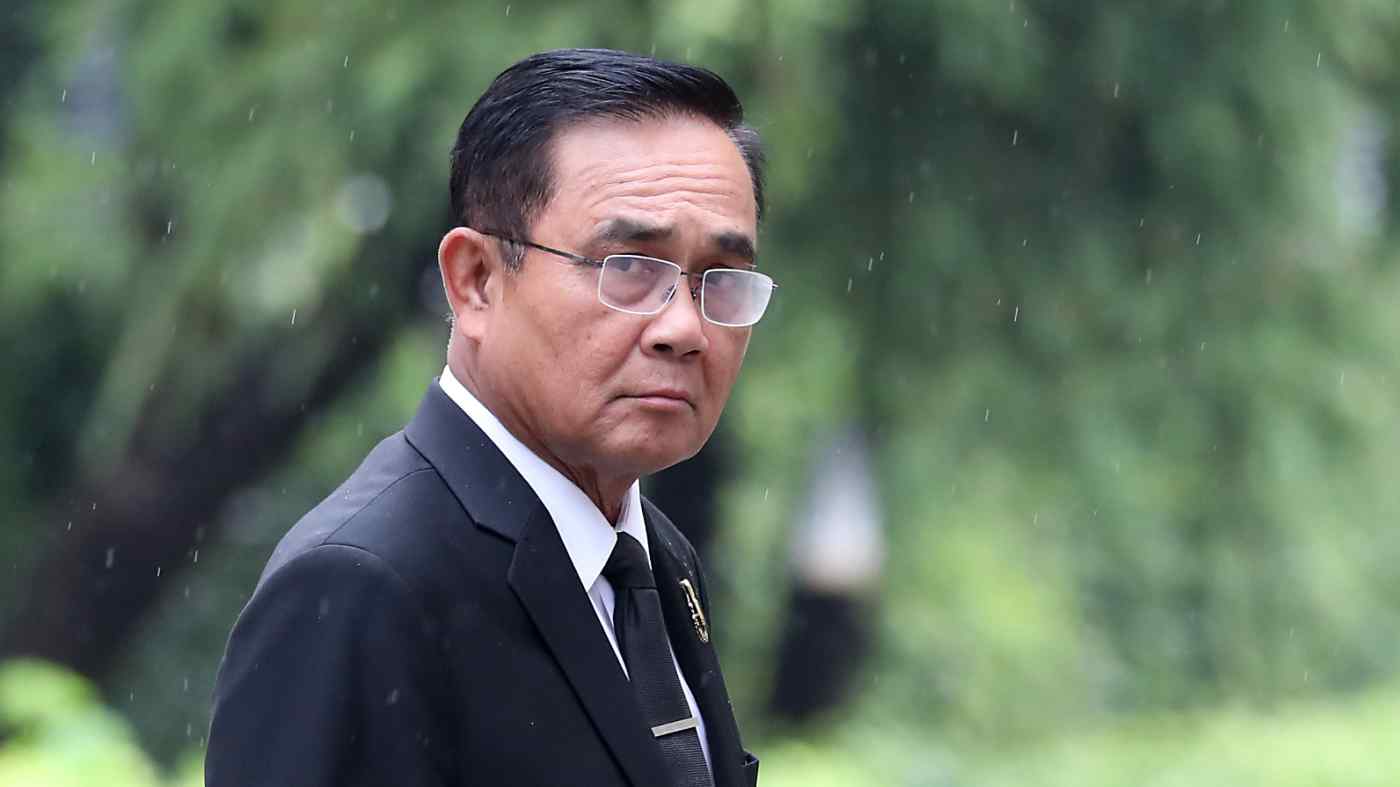 BANGKOK -- Junta leader Prayuth Chan-ocha assumed his second term as Thailand's prime minister on Thursday after successfully negotiating last-minute deals with other political parties to secure their backing, but analysts said he may find it a lot harder to govern this time round.

Prayuth is under pressure to hand over ministerial positions in his now quasi-civilian coalition government to other political parties in exchange for their support in the lower house of the bicameral legislature. Some of the negotiations between Prayuth and the leaders of other political parties were held in military barracks, according to political insiders.

Prayuth was the clear favorite when the two houses of 750 legislators met on Wednesday. In the upper house where the senators are handpicked by his government, he won a whopping 249 of 250 votes. But in the lower house of elected parliamentarians, he gained just 251 votes from 500 members, only scraping over into the majority.

Wednesday was the first time that the senate had a vote in choosing the prime minister, the result of a slew of new electoral rules introduced by the junta government to tip the scales in favor of Prayuth in the event of a tied vote in the lower house.

But analysts said his work is cut out as he will no longer have a rubber-stamp parliament. They expect that some of the 19 parties that now form the coalition will test Prayuth if he reneges on deals struck before Wednesday's vote. ​​The leader of the coalition is Palang Pracharat Party, the pro-junta group that won 116 seats at the March 24 general elections.

The Democrat Party, the country's oldest that won 53 seats, and Bhumjaithai, a regional party that won 51 seats, were promised plum cabinet positions in return for their support for Prayuth.

The Democrats only came on board hours before the two houses began a marathon, 11-hour debate, during which Prayuth's record was eviscerated by the pro-democracy opposition bloc. The session was then followed by a vote to choose the premier.

The Democrats lobbied for control of the ministries of agriculture, commerce, and social development and human security, in addition to the position of deputy prime minister, in return for backing the pro-junta coalition, political insiders said. Bhumjaithai pressed for transport, public health and sports and tourism ministries, and a deputy prime minister position too.

On Thursday, two key ministries that the Democrats and Bhumjaithai had lobbied for - commerce and transport - are still up for grabs and leading members of the pro-junta party are said to be eyeing them. Prayuth has yet to unveil any positions in his cabinet.

"Cabinet positions for commerce and transport ministries are still being negotiated," said Kan Yuenyong, executive director of Siam Intelligence, a Bangkok-based think tank. "Palang Pracharat wants to keep the ministries that shape economic policy like finance, commerce and industry in its hands to continue with the junta's policies."

The tension between Palang Pracharat and its junior partners can be traced to pressure from business leaders on Prayuth to keep Somkid Jatusripitak as deputy prime minister. As the junta's economic architect, Somkid has spearheaded the $44 billion Eastern Economic Corridor, an ambitious project to develop the eastern seaboard into a high-tech and high-value hub that can also serve as a gateway to Thailand's neighbors.

Thailand's business elite want Somkid to continue in his position to ensure the smooth implementation of the EEC.

Veteran Thai politicians said that Prayuth will also have to contend with possible squabbling over cabinet positions within Palang Pracharat, which was cobbled together to campaign for the March poll, the first election since Prayuth seized power in a military coup in 2014.

"Palang Pracharat is essentially a coalition within a coalition," said Kobsak Chutikul, a former Thai legislator and diplomat. "It is a politically untested group in uncharted territory." Thailand's business elite wants Somkid Jatusripitak to stay on as deputy prime minister to safeguard the development of the Eastern Economic Corridor.   © Reuters

He reckoned that factions led by technocrats, former politicians and former cabinet ministers with support from blocs of MPs have not given up lobbying for ministerial positions.

"The next few days will reveal who enjoys the upper hand and who's got Prayuth's ear, since Palang Pracharat has said that he will be the final arbiter," said Kobsak.

Bangkok-based diplomats concur. Technocrats in Palang Pracharat who served in the cabinet during Prayuth's first term have begun to grumble about the sticking points over ministerial seats, said a Western diplomat. "They do not want to be sidelined in the final reckoning after having taken the lead and invested much to build the party."

The defense and interior ministries will also be fought over. Those ministries were previously held by Prayuth's close military allies. This could be extended through the military faction in Palang Pracharat.

Indeed, analysts said the military faction "will play a decisive role" in shaping the coalition government. "The civilian faction of Palang Pracharat will need the military wing to ensure stability for policies to be carried out," said one source close to the junta.

But such stability may also come down to how Prayuth, known for his gruff manner and notorious for his outbursts, handles hostility from an opposition-packed parliament, a far cry from his last tenure during which censorship and suppression prevailed.

This is not lost on international observers. "Prayuth's messy handling of the coalition negotiations does not bode well for government cohesiveness, and indicates the junta leader may attempt to continue to rule by diktat," said Euorasia Group in a note on Thursday.