'I have been the victim,' not a polarizing figure, former leader says in interview

BANGKOK -- Thailand's former Prime Minister Thaksin Shinawatra warned that the country's hopes of returning to democracy are in peril if the government that emerges from Sunday's election is led by a proxy party of the military junta that has ruled for the past five years.

"If Palang Pracharat forms the next government, they will try everything and every way to stay [in power] longer," Thaksin told the Nikkei Asian Review in a telephone interview from Hong Kong on Monday.

"They will file cases against other parties they don't like or issue threats as they have done to stay on," said the telecom tycoon, who heads Thailand's most influential political clan.

The interview came as behind-the-scenes talks to form a government began after Palang Pracharat emerged as the front-runner in the vote count.

"They are a rich party now and have the backing of the Bangkok elite," said Thaksin, who has lived in self-imposed exile since his government was overthrown in 2006.

He said the party had benefited "from election rigging, because in some places there were more ballots [cast] than registered votes." 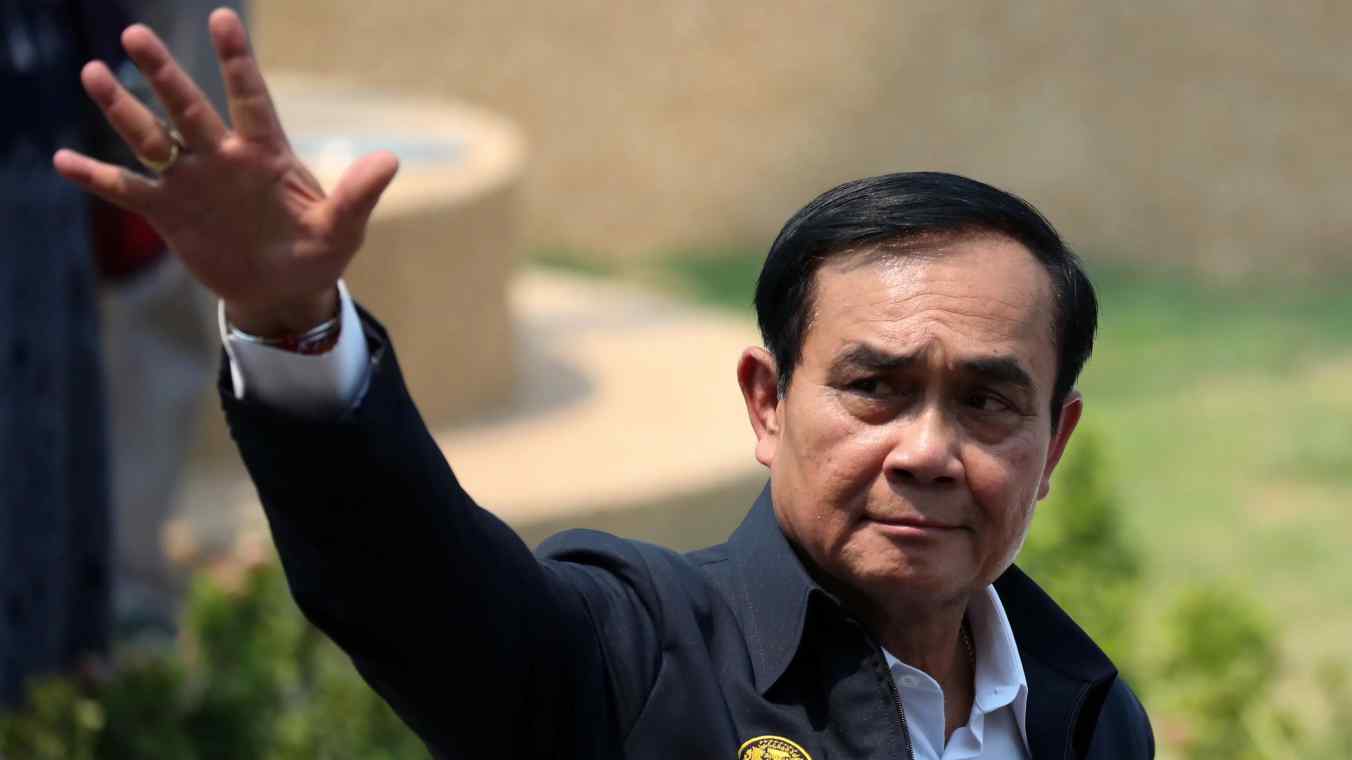 Palang Pracharat, which named incumbent Prime Minister Prayuth Chan-ocha as its prime ministerial candidate, secured the second-highest number of seats in the unofficial results released by the Election Commission.

When the final results are announced, it is expected to have 116 seats in the 500-member lower house on the back of 7.9 million popular votes, the most for any party.

But under Thailand's new election rules, drafted by the junta's allies, the former general Prayuth can form the next government by getting the support of smaller parties to reach the 126-seat threshold.

Thaksin was coy about the inability of Pheu Thai, the latest in a string of political parties he has launched since 2001, to achieve the kind of election landslide that its predecessors had won. Although it took 138 seats and is set to become the largest single party in the next parliament, pro-Thaksin parties had won all elections since 2001 by comfortable margins.

Pheu Thai won 15.7 million votes in the last successful general election in 2011. On Sunday, it received only 7.4 million votes, based on unofficial tallies by the Election Commission.

Asked whether this marked the decline of the Thaksin brand of populist politics, the former leader replied: "There is no such brand now because the laws in Thailand prohibit me from directly influencing political parties."

"Pheu Thai cannot refer to me anymore in their politics," he added. "These are all the new laws aimed to make Pheu Thai smaller."

Thaksin has let the executive committee of Pheu Thai plot the party's next move, even if it means going into opposition -- a first for a pro-Thaksin party.

"It doesn't matter. When you become a political party, you should be ready to be in government or opposition," he said. "We should not be dying to be in the government."

What should not be traded away, he cautioned, is the party's rallying cry to advance democracy in Thailand. "Pheu Thai should attract parties with the democratic ideology to be on one side and not cross over," he said. "If you have been entrusted by the people to be in the opposition, then you have to do that job."

He rejected the idea that he is a polarizing figure in Thai politics.

"I have been the victim," he said. "Actually, we are strong and we got support from the people that was too much for somebody else who did not have any chance, so they started protests against us."

"What happened later on is the fruit of that conflict," he said. "It was not started by us but by others who wanted to win too much without respecting the democratic rules."

He blames his adversaries -- Bangkok's entrenched elite and the military -- for the country remaining deeply polarized. "The Bangkok elite want to control power without respecting democratic principles," he said. "They have changed the constitution to take advantage over the pro-democratic parties."