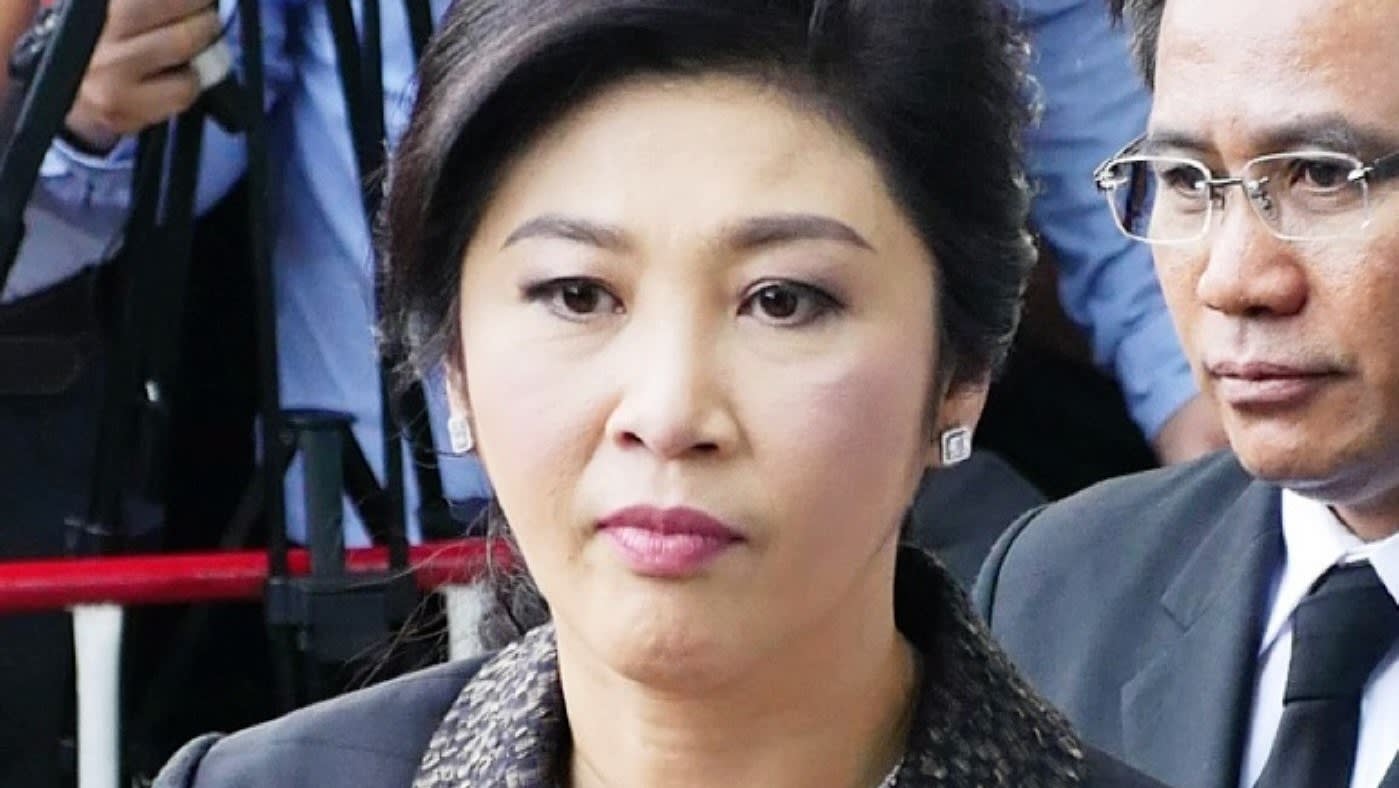 Yingluck, seen in Bangkok on Aug. 1, is believed to have fled to Dubai. (Photo by Hiroshi Kotani)
Politics

Thai junta drives a $2bn wedge into Shinawatra clan's base

BANGKOK -- Thailand's military government has hammered out a 68 billion baht ($2.04 billion) infrastructure plan that many see as an attempt to draw support away from former Prime Minister Thaksin Shinawatra.

The plan was announced just as the negligence trial of Thaksin's younger sister, former Prime Minister Yingluck Shinawatra, was coming to a head. The verdict on her responsibility for a botched rice subsidy program was due last Friday, but Yingluck reportedly fled to Dubai in the United Arab Emirates.

After Yingluck's defection, the military government is expected to step up efforts to whittle down the Shinawatra clan's base.

Most media reports say Yingluck went to Dubai via Cambodia and Singapore. The Sunday edition of The Nation newspaper quoted a senior military official as saying that she had arrived in Dubai and may proceed to the U.K.

There are even rumors that the military may have helped Yingluck leave the country. Either way, a sense of crisis is building within the Pheu Thai party that Thaksin founded. Although Yingluck does not hold a key post, she is still revered as Thaksin's sister. Pheu Thai leaders recognize that her flight from the country is likely to dent the party's popularity, the Bangkok Post reported on Sunday.

Yingluck made her exit just days after Prime Minister Prayuth Chan-ocha and cabinet members visited Thaksin's northeastern stronghold of Nakhon Ratchasima. During the visit, last Tuesday, they held what they called a "mobile cabinet" meeting and endorsed an infrastructure package that includes a 33 billion baht highway construction project.

Many of the projects under the plan -- such as partial financing for a high-speed railway using Chinese technology, and elevation of conventional train tracks -- will benefit the northeast.

While in Nakhon Ratchasima, Prayuth admitted the region is deprived and pledged to improve the situation.

It is no secret that the political confrontation that has split Thailand is connected to economic disparity. The northeastern part of the country posted a per capita gross regional product of about 75,000 baht in 2013, while the northern region logged some 98,000 baht. The GRP of each of these Thaksin-friendly regions was less than a quarter of the figure for the Bangkok metropolitan area.

In the 2011 general election, the Yingluck-led Pheu Thai party pledged to help these regions -- in part with the ill-fated rice-pledging scheme. The party's landslide victory reflected the discontent of people who feel Thailand's development has passed them by.

Now the party faces the challenge of rebuilding without Yingluck, just as a tug of war over the next general election heats up. But at least one thing is true for all political forces in Thailand: Only earnest efforts to address the divisions in society will lead to widespread support.