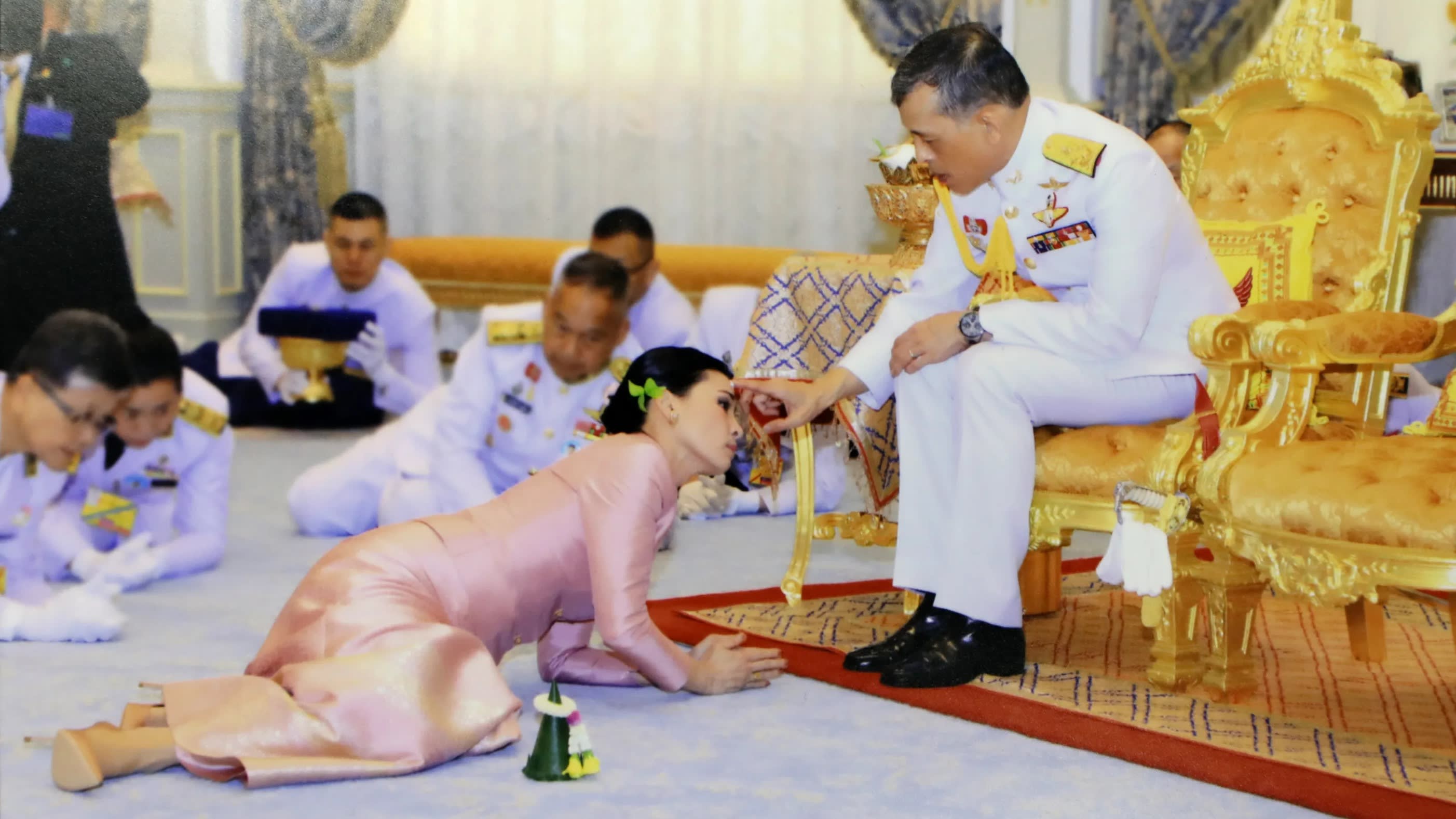 BANGKOK -- Just days before his coronation, Thai King Maha Vajiralongkorn married the deputy chief of his personal guard Wednesday in a wedding that has shocked the public.

Suthida Tidjai, a 40-year-old former Thai Airways flight attendant, entered the Royal Thai Army in 2014 and became a deputy commander of his bodyguard unit before her promotion to a full general in 2016. She had been the king's partner for years in an unofficial relationship but now formally enters the royal household.

The marriage is Vajiralongkorn's fourth, according to local media.

The wedding was held at the royal palace in Bangkok and attended by Princess Sirindhorn, the king's younger sister, and Prime Minister Prayuth Chan-ocha. Footage of the ceremony was broadcast as a special program on all Thai television channels Wednesday night.

Coverage of the ceremony filled the English-language Bangkok Post's front page Thursday, with a picture of the 66-year-old king pouring sacred water on the queen's head.

Vajiralongkorn ascended to the throne in 2016 following the death of his father, King Bhumibol, who reigned for seven decades. He has yet to be officially crowned, however, as the country went into a long period of mourning for the beloved monarch. The country's first coronation in 69 years will begin Saturday and end Monday.