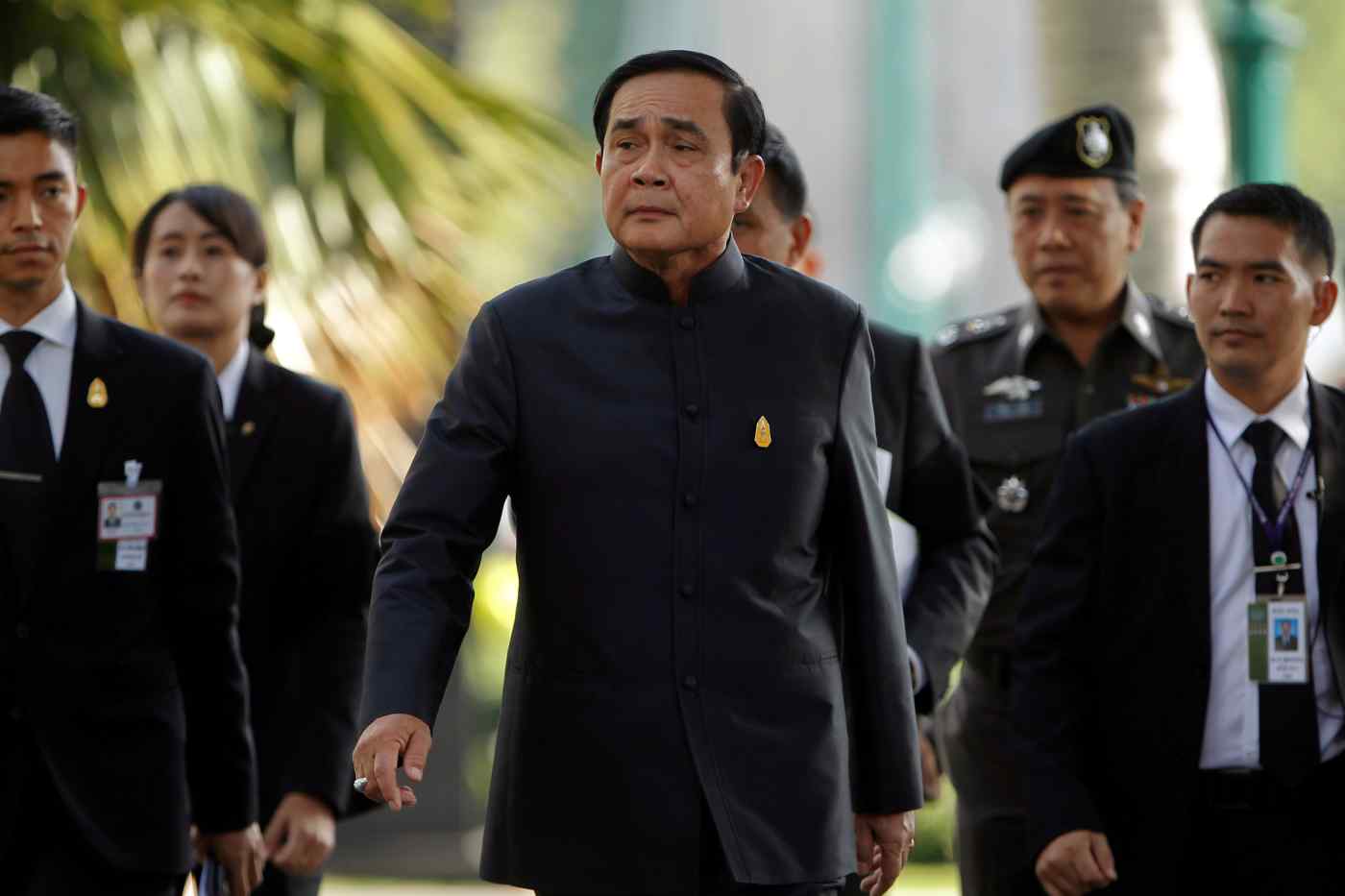 BANGKOK -- Gen. Apirat Kongsompong, Thailand's new army chief, is due to redeploy regiments involved in staging coups in a major military shake-up, a measure expected to diminish Prime Minister Prayuth Chan-ocha's influence both on the military and politics.

The redeployments, which involve moving a key regiment and a battalion out of the capital and reorganizing other key units, are due to take two years. To fill the breach, security in Bangkok will be handed over to the elite Royal Command Guard -- a disciplined "Praetorian Guard" that answers directly to King Maha Vajiralongkorn Bodindradebayavarangkun.