Thai regime spooked by Thanathorn and his angry young supporters 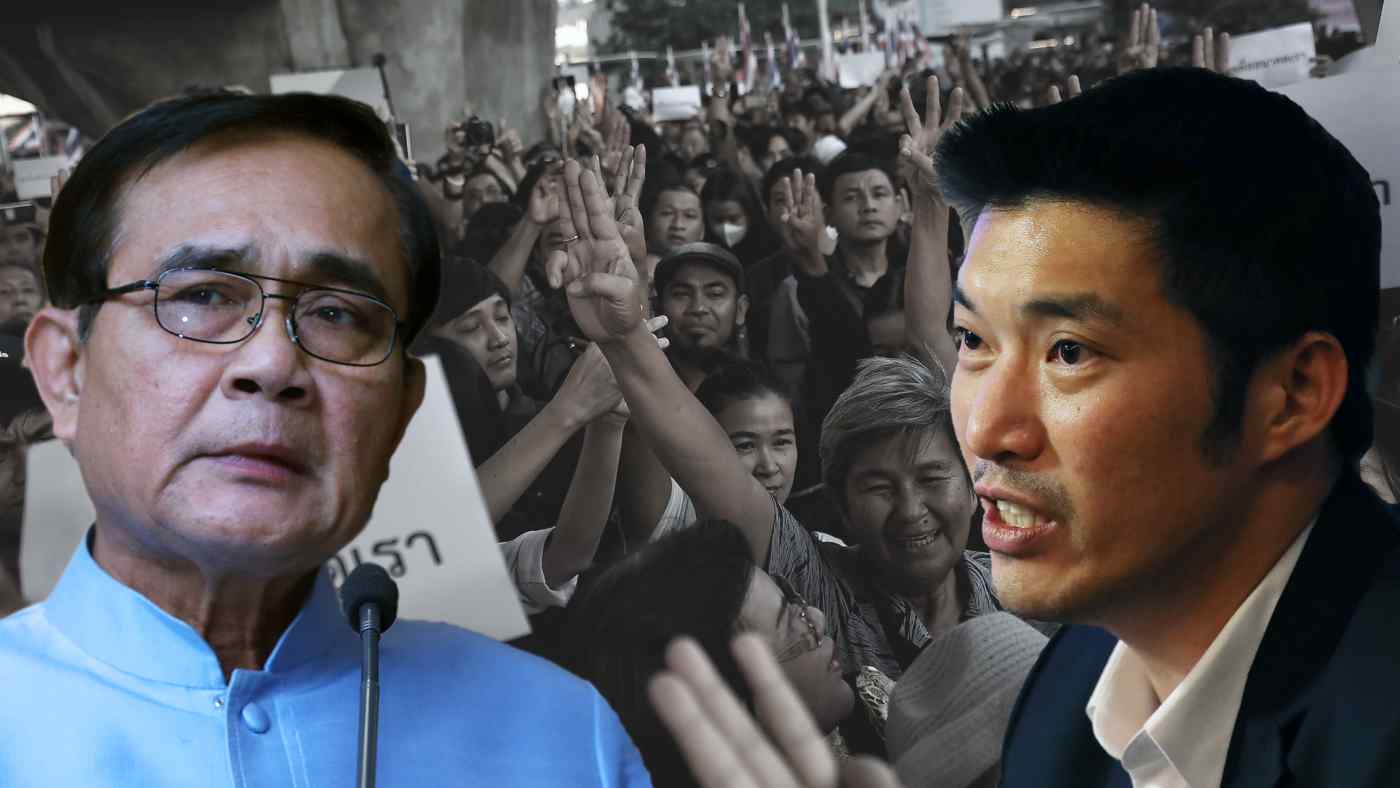 As Thanathorn Juangroongruankit, right, readies for a likely showdown, he is getting help from some politically influential quarters as well. (Nikkei montage/AFP/Jiji)
MARWAAN MACAN-MARKAR, Asia regional correspondentDecember 29, 2019 14:12 JST | Thailand
CopyCopied

BANGKOK -- Thailand's pro-military government is spooked by the rumblings of discontent spreading among the country's youth. Young people make up the constituency that has rallied behind Thanathorn Juangroongruankit, the beleaguered leader of an anti-military political party.

Bangkok-based security sources say that the intelligence arm of the regime is tracking the messages spreading on social media for a public campaign against former junta leader and current Prime Minister Prayuth Chan-ocha. The event, "Run Against Dictatorship," was initially planned as a 6km run in Bangkok on Jan. 12. It has now spread to six more cities across the north, northeast and central regions of Thailand.