Thai rejection of constitution a costly way to buy time

The recent rejection of Thailand's draft constitution by the military-appointed National Reform Council is tantamount to a political calculation to buy time. The council's vote of 135-105 against passage of the charter pre-empts a referendum in early 2016 that the military may well lose in the face of concerted resistance from the main political parties and adverse public sentiment.

As the constitutional clock restarts for another six months ahead of an eventual referendum, the junta that seized power in May 2014 appears intent on staying in office during an indefinite interregnum in Thailand's rare royal transition. The ruling generals, led by junta leader and Prime Minister Prayuth Chan-ocha, see themselves as guardians of this transition.

When the junta stepped in after months of street protests and turmoil, it spawned a clutch of related bodies to run the country, featuring a cabinet, legislature, the National Reform Council, and a constitution-drafting committee. The reform council was supposed to consider and channel public opinion into the composition of the charter. A year of effort and taxpayer money has come to naught with the aborted constitutional process. Because members of both the reform council and constitution-drafting committee were vetted and appointed by the junta, it is probable that the ruling generals had a hand in bringing down the draft charter for fear of a clash with politicians and a disaffected public at the referendum.

The constitution-drafting process had been set up to maintain military control over the political landscape. In particular, the last-minute inclusion of an appointed supercommittee on reform that supersedes an elected government in times of crisis gave the military convenient options. As the Thai threshold for crisis is low, the supercommittee essentially would preserve behind-the-scenes power for the generals who would hold sway over all appointments. And if elections are held, the generals can still steer high politics through their appointed supercommittee. If a draft charter is derailed, a new drafting process begets more time. Either way, it is clear that the military government intends to stay in office through 2016, and probably beyond, as Thailand's transition takes place.

While the supercommittee was its most contentious provision, the rejected draft constitution was controversial throughout and stacked in favor of the appointed rather than elected representation, full of checks but no balance. From fully elected in the 1997 charter to half-appointed in 2007 after a coup the previous year, the senate in the latest draft became two-thirds hand-picked. Another provision stipulated that the prime minister does not have to be a member of parliament.

Unsurprisingly, the Pheu Thai party and Democrat Party, which are respectively aligned with and opposed to ousted Prime Minister Thaksin Shinawatra's family, came out against passage of the referendum. Pockets of the pro-coup and anti-Thaksin coalition who joined the reform council also had second thoughts at the specter of the military regime's entrenchment. The reform council's umbilical cord to the junta was also cut when the interim constitution was recently amended. Whether it passes the charter draft, the reform council would be dissolved after its vote. As opposition mounted and a referendum battle loomed, the junta and its core reform council loyalists called it quits for another go.

The junta will now appoint another 21-member constitution-drafting committee for a six-month period, followed by a referendum. It is likely that the conservative stipulations and emphasis on restraint from appointments over elected representation will be maintained. The current interim constitution indicates that this process is circuitous. As long as no constitution passes a referendum, Thailand's election timetable and resumption of popular rule will be delayed correspondingly.

The military government's game plan is clear. Plan A is to keep kicking the constitutional ball around until the generals deem circumstances favorable and conducive to return the mandate to the people. This means more charter-drafting machinations are in the offing, leading to a tense referendum by mid-2016. When the draft is ready for a vote, it may retain so much junta power and contain so many authoritarian preferences over elected representation that it might flop, which would elicit yet another drafting round.

Most likely, the Thai people will be under pressure to vote for a flawed charter in return for seeing the end of the junta and a comeback for collective self-determination. If pro-election pressure mounts inexorably domestically and from the international community, the generals may bite the bullet. Their Plan B may well be to keep opposing politicians down by harassment and legal manipulation, while co-opting small and midsize parties and/or establishing their own political banner to contest the polls.

Whether the junta's limited legitimacy and longevity hold through Thailand's transition will depend on several factors, particularly government probity, policy performance and political blunders. By contemporary standards of military rule, such as in 1991-92 and 2006-07, the junta-led and Prayuth-run regime has uncharacteristically kept corruption in check. If corruption becomes rampant and systemic, the government's time will run out fast. Its performance has been subpar, but Prayuth's recent cabinet reshuffle and new economic team may provide a measured reprieve. Finally, the government will need to avoid major missteps, such as a violent overreaction to growing voices of dissent.

In Thailand, it is all about the delicate balance of managing the royal transition, implementing the electoral road map and the return to democratic rule, while maintaining a satisfactory performance by the government. The constitution-drafting process is a necessary sideshow for the junta to maintain that balance. Thailand's gravest risk is that the Prayuth regime has not yet shown or suggested a clear plan for what happens when the balance is tipped one way or another. 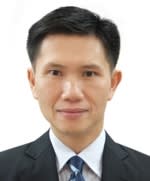