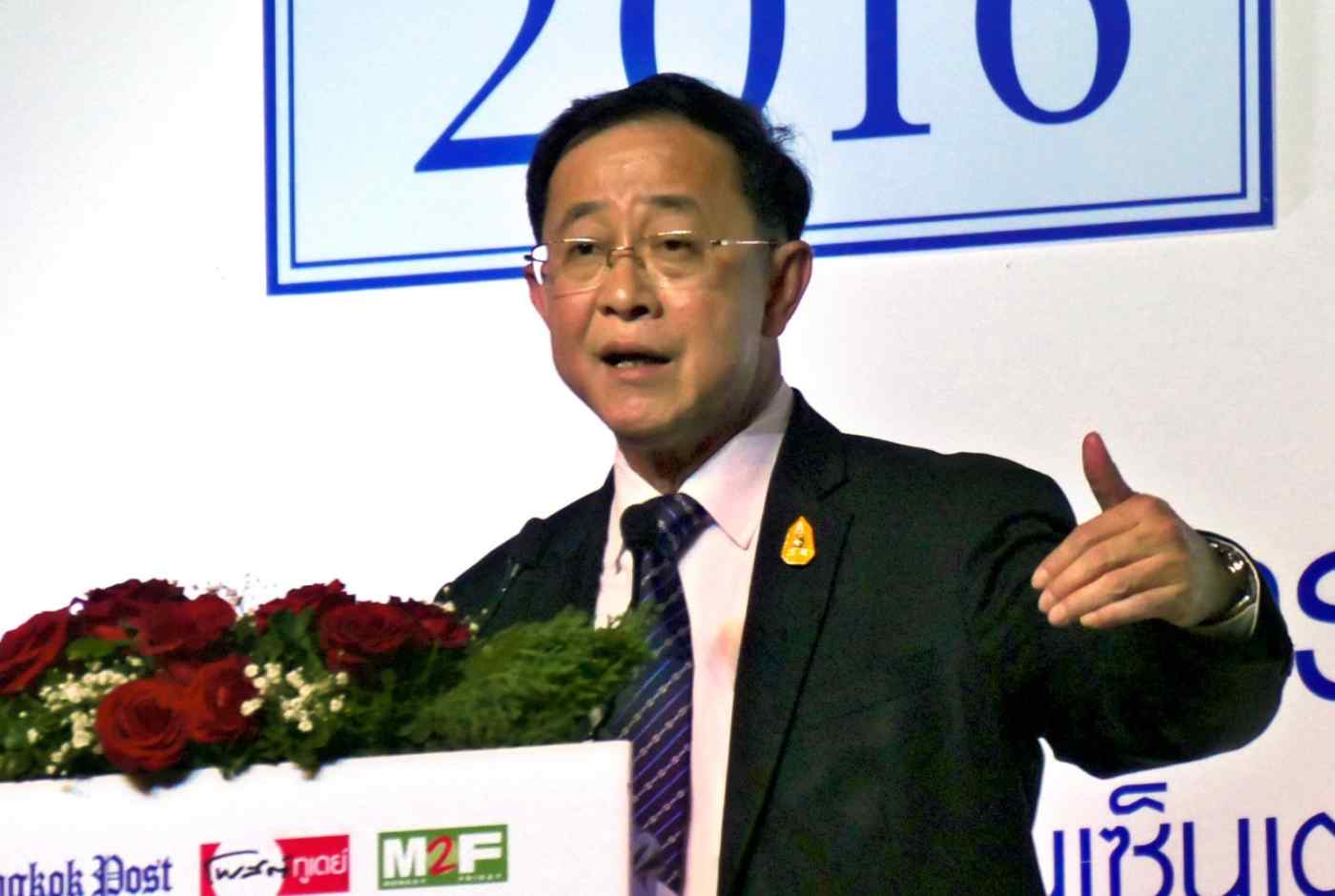 BANGKOK -- Thailand's economist-turned-transport minister is working every angle to bring an ambitious infrastructure plan to fruition, seeking to put the country on a sure path to economic growth before the military junta hands off power.