Thailand must seize the moment 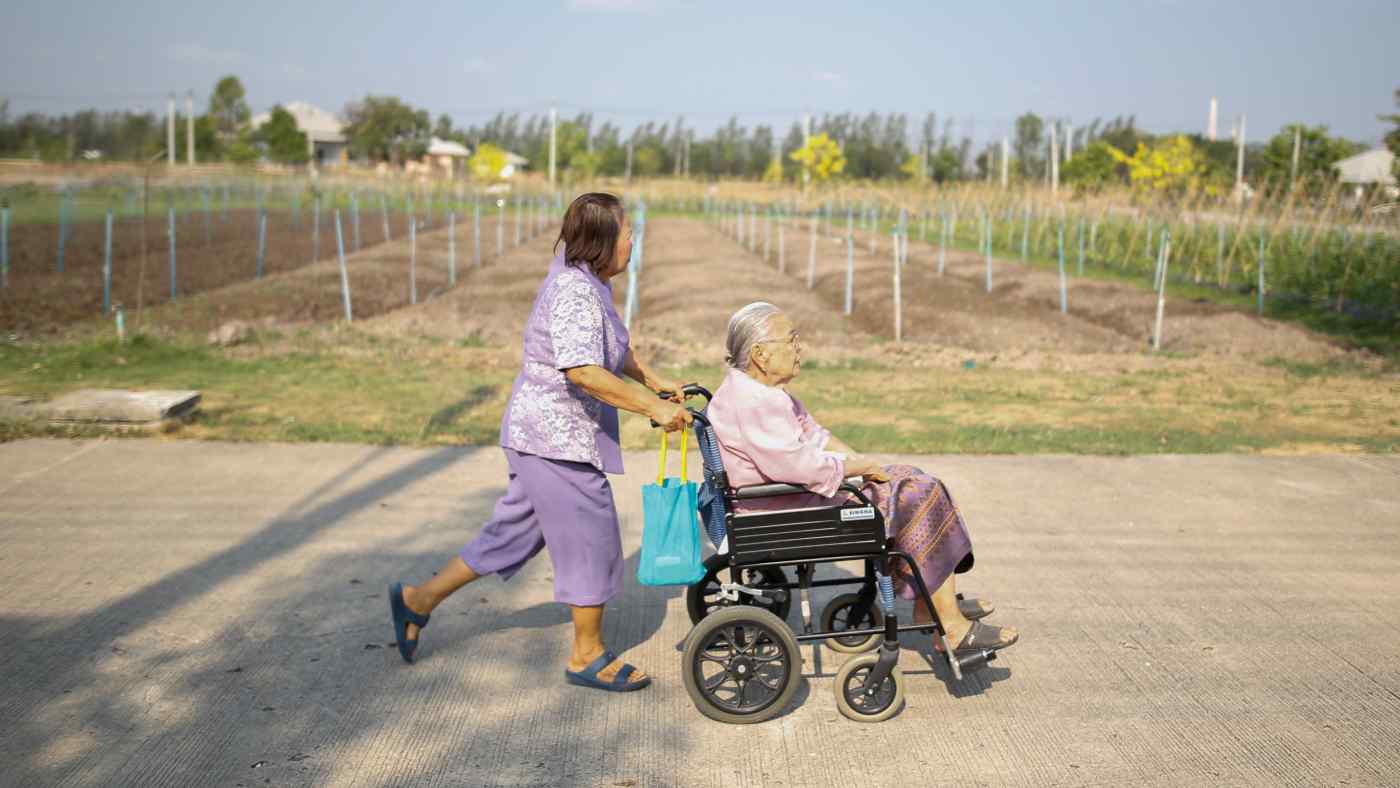 Thailand needs to push structural reforms before the next economic downturn to prepare for issues such as its aging population.   © Reuters
CopyCopied

After several years of anemic growth, the Thai economy is gaining momentum on the back of global expansion that began in 2017. But this is not a time for complacency. Instead, it would be prudent to look beyond the favorable cyclical factors and deal with the challenges lying on the path of sustainable long-term growth. In this regard, Thai policymakers need to address four fundamental issues to achieve their stated objectives to transform Thailand into a developed country within the next 20 years.

Aging population and shrinking laborforce: The most daunting challenge is Thailand's rapidly aging population of 69 million. The National Economic and Social Development Board projects that those aged 60 and older will almost double from 10.5 million in 2015 to 20.5 million in 2035. In the same period, Thailand's workforce, those aged 15-59 years old, is expected to fall by about 6 million to 37 million. All else being equal, increased scarcity of labor must lower returns to capital and weaken aggregate demand.

The Thai government is about to embark on extensive investment in the Eastern Economic Corridor as a means of opening up investment opportunities and raise capital returns. Much will depend on whether the five "priority" infrastructure projects endorsed by the government and worth almost $15 billion can be completed within the next five years as planned. These cover the upgrading of U-Tapao Airport near Bangkok; the high-speed rail that links it to Bangkok and Rayong; some dual-track railways and expressways, as well as expanding the capacity of Thailand's two main seaports at Laem Chabang and Map Ta Phut. At the same time, some efforts are being made to facilitate the movement of migrant labor from neighboring countries to mitigate the scarcity in unskilled and semi-skilled labor.

At the other end of the spectrum, "Thailand 4.0" -- recently announced as another centerpiece of government policy -- promises a variety of projects and promotions to usher Thailand into the digital age. While there are numerous tax and promotional measures, emphasis should also be placed on upgrading Thailand's education system and providing much-needed technical skills and knowhow for its dwindling and aging workforce.

Investors need to be confident that Thailand will have the skilled labor needed to meet the demands of rapid technological progress in the years ahead. Collaboration with industries on extensive manpower planning in this regard should be a prominent feature of Thailand 4.0 but this does not appear to be happening, at least for now. 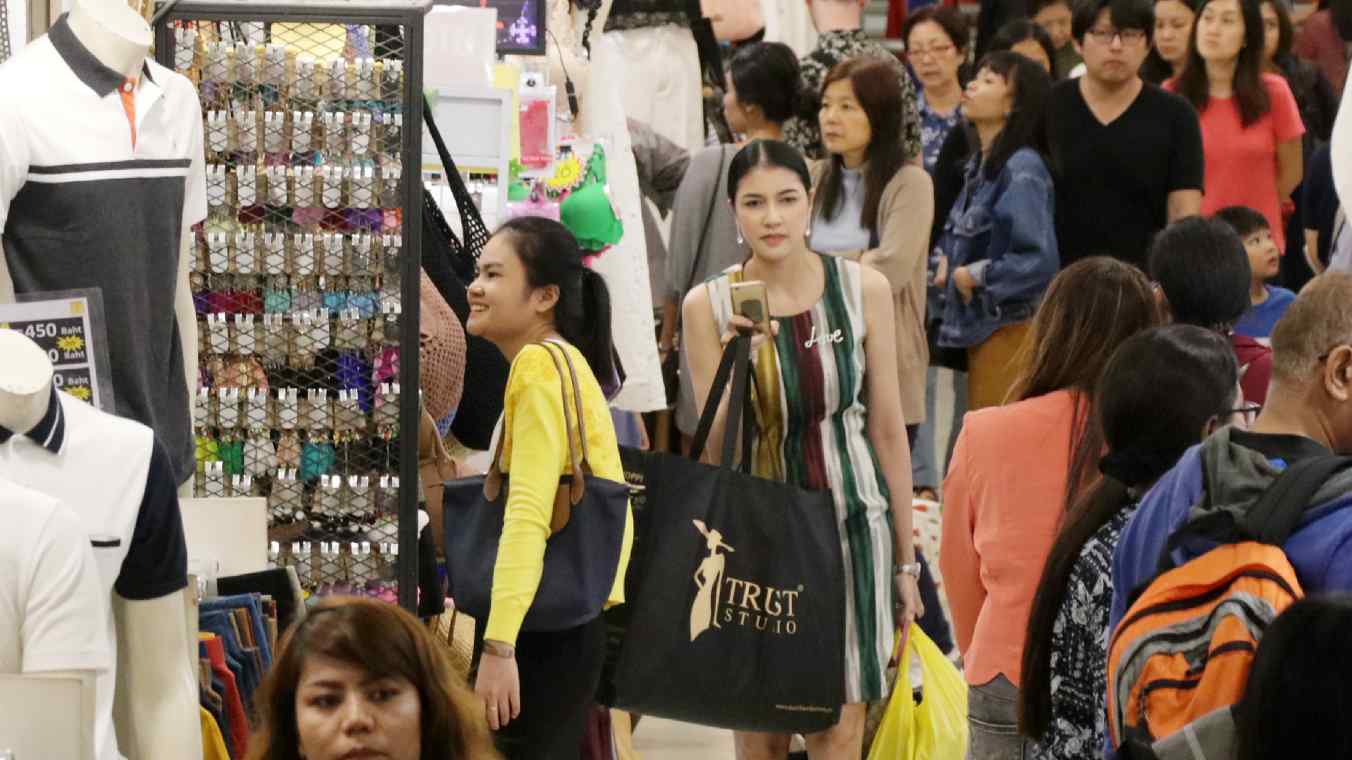 And, the Thai government's strong fiscal position (outstanding public debt at just 42% of gross domestic product) means that it could, for now, cope with the fiscal demands of an aging population. However, the added fiscal burden will likely come at the expense of public funds available for investment beyond plans that have been laid out over the next five years.

The reform of state-owned enterprises: Over the longer term, the government must reform the country's state-owned enterprises if it wants the current strong growth to be sustainable. Deunden Nikomborirak, research director of the Thailand Development Research Institute, notes that in 2015, Thailand's 58 SOEs had a combined annual revenue equivalent to 40% of the country's GDP that year -- up from 32% of GDP in 2010.

In particular, the 33 major SOEs are engaged in key sectors of the economy, namely, energy, transportation and telecommunications. Reforms have been promised to de-politicize, streamline and improve the efficiency of these enterprises. Yet, during the past several years, the role of the military in Thailand's SOEs has been rising. The bottom line is that Thailand will find it difficult to achieve the 4-5% annual GDP growth it strives for unless the output of these SOEs can grow at the same pace or faster.

Each of those sectors also faces major challenges. Thailand is running out of energy, yet efforts to issue new concessions to explore for energy resources are being opposed by powerful local nongovernmental groups. Second, airports are being strained in the face of Thailand's booming tourism industry. The success of the planned Eastern Economic Corridor southeast of Bangkok and expansion and modernization plans for U-Tapao Airport, the joint civil-military public airport, will be critically important in this regard. The State Railways of Thailand continues to accumulate large losses, waiting for needed reform and restructuring to take place.

Meanwhile, in the telecoms sector, Thailand is at risk of lagging behind as the world begins to adopt fifth-generation networks. The government had recently auctioned off 4G licenses at great cost to private telecom operators because it wanted to maximize state revenue. The need for Thai telecom operators to recoup their cost of capital could mean delays in Thailand's 5G adoption, allowing less advanced neighboring countries to leapfrog ahead of Thailand. Restructuring of financially vulnerable state-owned telecom operators has also been a work in progress for many years.

Dealing with a strong baht and low inflation: Thailand must keep an eye on the value of the baht and inflation. The country's economic recovery has been driven primarily by external demand as evidenced by the double-digit rise in exports and accelerating current-account surpluses rising to 10% of GDP in both 2016 and 2017. Looked at from another angle, large current-account surpluses reflect domestic expenditure that falls short of aggregate output.

In particular, Thai corporate savings far exceed investments in the country. As long as this fundamental disequilibrium persists, the Thai baht will keep appreciating. The absence of inflation in Thailand during the past three years is the other side of the same coin. However, persistently low inflation has its dangers as demonstrated by the experience of Japan from 1998 to 2015.

Ideally, Thailand's current-account surplus "problem" will be solved by a sharp acceleration of Thai domestic corporate investment to modernize capital stock and generate high-paying jobs. Anxiety about an aging population and a declining labor force have dampened capitalist "animal spirits" in Thailand. But I believe that uncertainties about Thailand's political future also play a role.

Political transition: Several postponements of the long-promised general elections have arguably created short-term discomfort but it may be Thailand's overall political structure itself that is an overriding cause for concern. Dishonest politicians were the primary justification cited by the military for its takeover in 2014, and the new constitution promises to check and balance elected politicians by coupling parliament with a military-appointed senate.

Ironically, this also means that there is now such a stigma attached to politicians that there will likely be no "new blood" for the Thai people to elect into office when the time comes. The constitution has also been written to make it very difficult for any major political party to win a majority in parliament. In other words, future elections are likely to produce weak coalition governments that do not last long in office. If so, this would lend an argument for a "wait and see" attitude among entrepreneurs and investors. A higher uncertainty premium would be attached to Thai politics.

The government is, of course, telling corporates that the time to invest is now, promising that 2018 is the year that the Thai economy "takes off." The bill providing generous incentives for investment in the EEC was recently approved by parliament. The government also announced that its 20-year National Strategic Plan will be in place by July 2018. The plan incorporates reforms in 11 key areas and will be binding to future elected governments. These efforts are meant to convince investors that economic policy and incentives are pre-set and immune to political changes.

A window of opportunity for reforms: Looking beyond the political uncertainties, it could be argued that the global economic recovery provides a favorable backdrop for Thailand to come to grips with these critical challenges. But the current global recovery is almost 10 years old and the U.S. Federal Reserve is expected to raise interest rates over the next two years. As such, the ultimate challenge is clear: Thailand has a limited window of opportunity to get its house in order before the next global downturn, which could very well happen within the next two to three years.

Supavud Saicheua is an adviser at Kiatnakin Phatra Financial Group. These are his personal views.