Lawmakers vote to set up panel on six amendment proposals 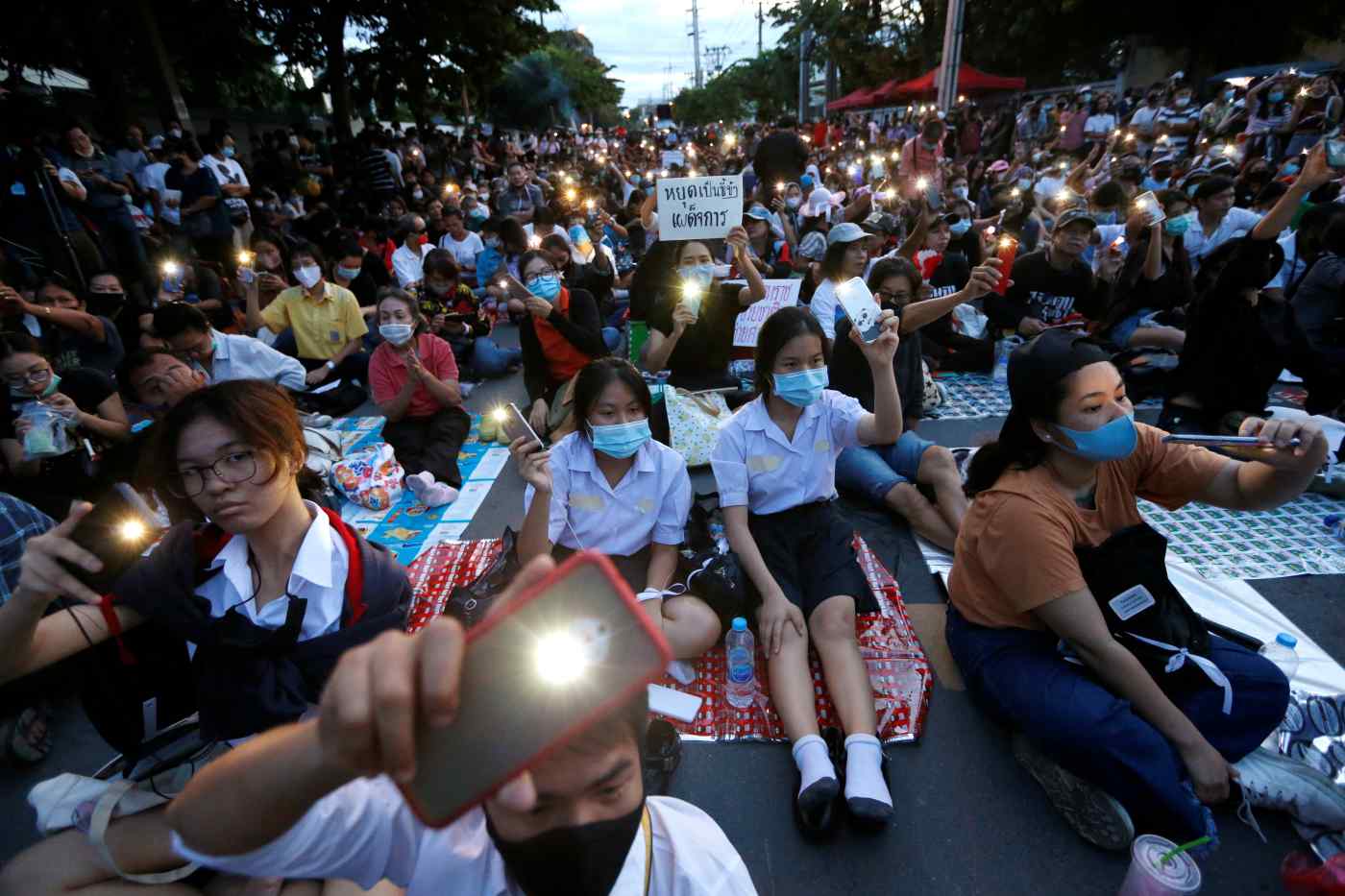 Pro-democracy protesters flash their mobile phone lights during a mass rally to call for the ouster of Thai Prime Minister Prayuth Chan-ocha and reforms to the monarchy in front of parliament in Bangkok on Sept. 24, 2020.    © Reuters
MASAYUKI YUDA, Nikkei staff writerSeptember 24, 2020 18:51 JSTUpdated on September 25, 2020 02:16 JST | Thailand
CopyCopied

BANGKOK -- Thousands of Thai protesters assembled outside the country's parliament on Thursday as lawmakers debated on accepting constitutional amendment motions submitted by the ruling coalition and opposition parties.

The parliament decided to delay votes on accepting six motions, instead voting to set up a panel to study each motion. The committee will involve lower and upper house members.