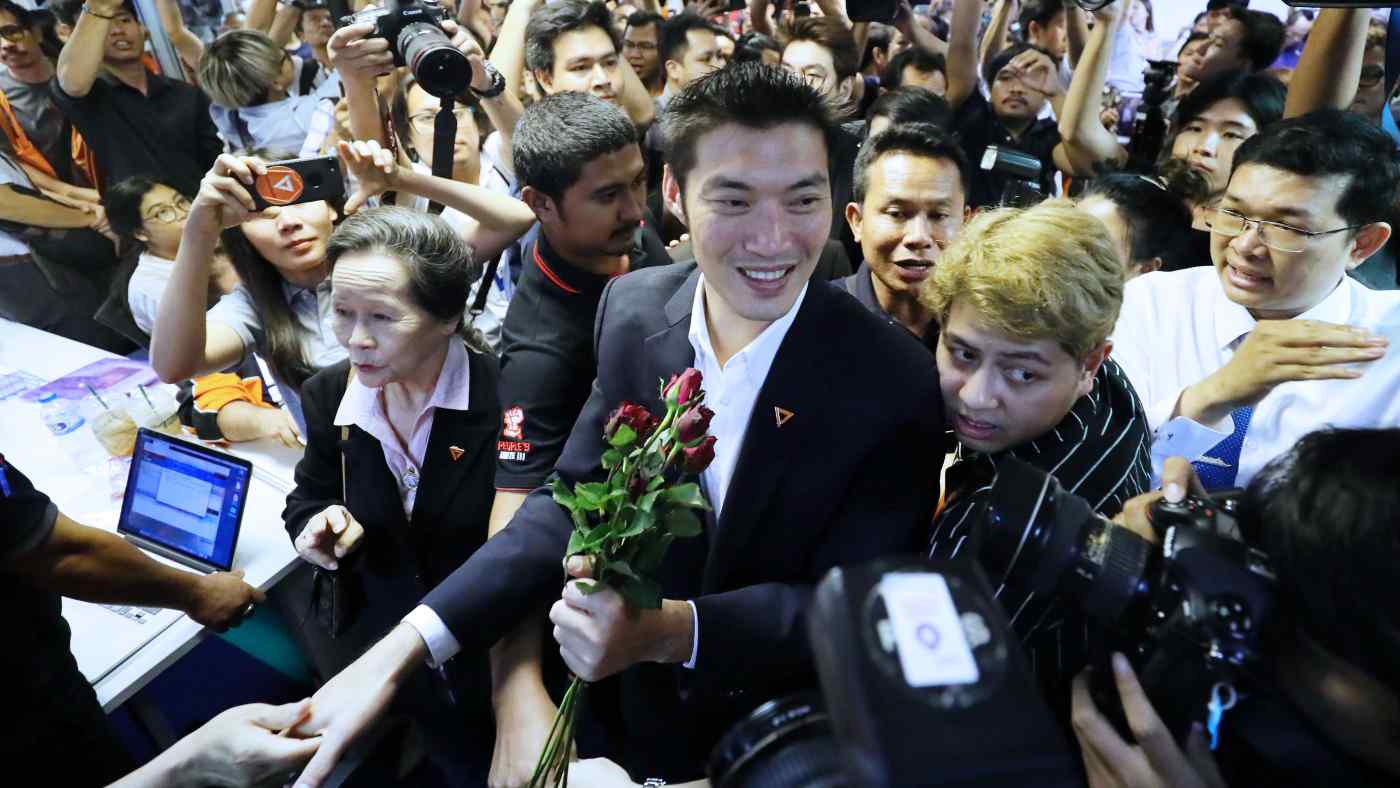 BANGKOK -- Thailand's second-largest opposition force, the Future Forward Party, on Tuesday avoided disbandment in a Constitutional Court ruling that nevertheless does not guarantee the party's survival.

The court ruled that young millionaire Thanathorn Juangroongruangkit's party is not guilty of undermining the kingdom's constitutional monarchy as claimed by a petition filed by Natthaporn Toprayoon, a former adviser to the chairman of the Ombudsman's Office.