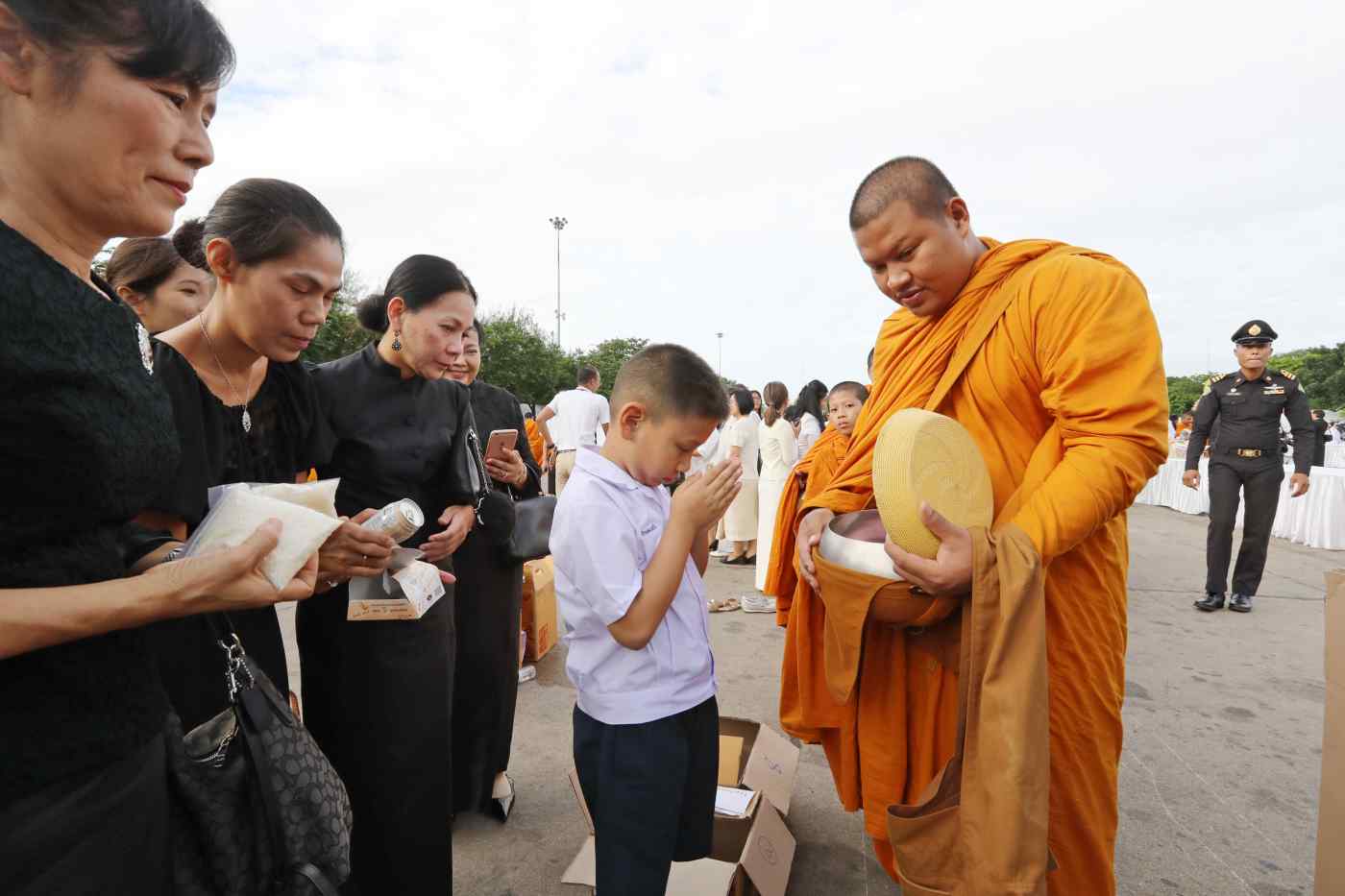 BANGKOK -- As King Maha Vajiralongkorn Bodindradebayavarangkun turns 65 on Friday, his first birthday since his accession in October, celebrations are being restrained by the year-long official mourning period for his revered father, King Bhumibol Adulyadej.

In keeping with the former reign, Buddhist monks gathered alms early in the morning at large merit-making ceremonies led by Prime Minister Prayuth Chano-cha and other senior officials, but the new king is not due to make an appearance.