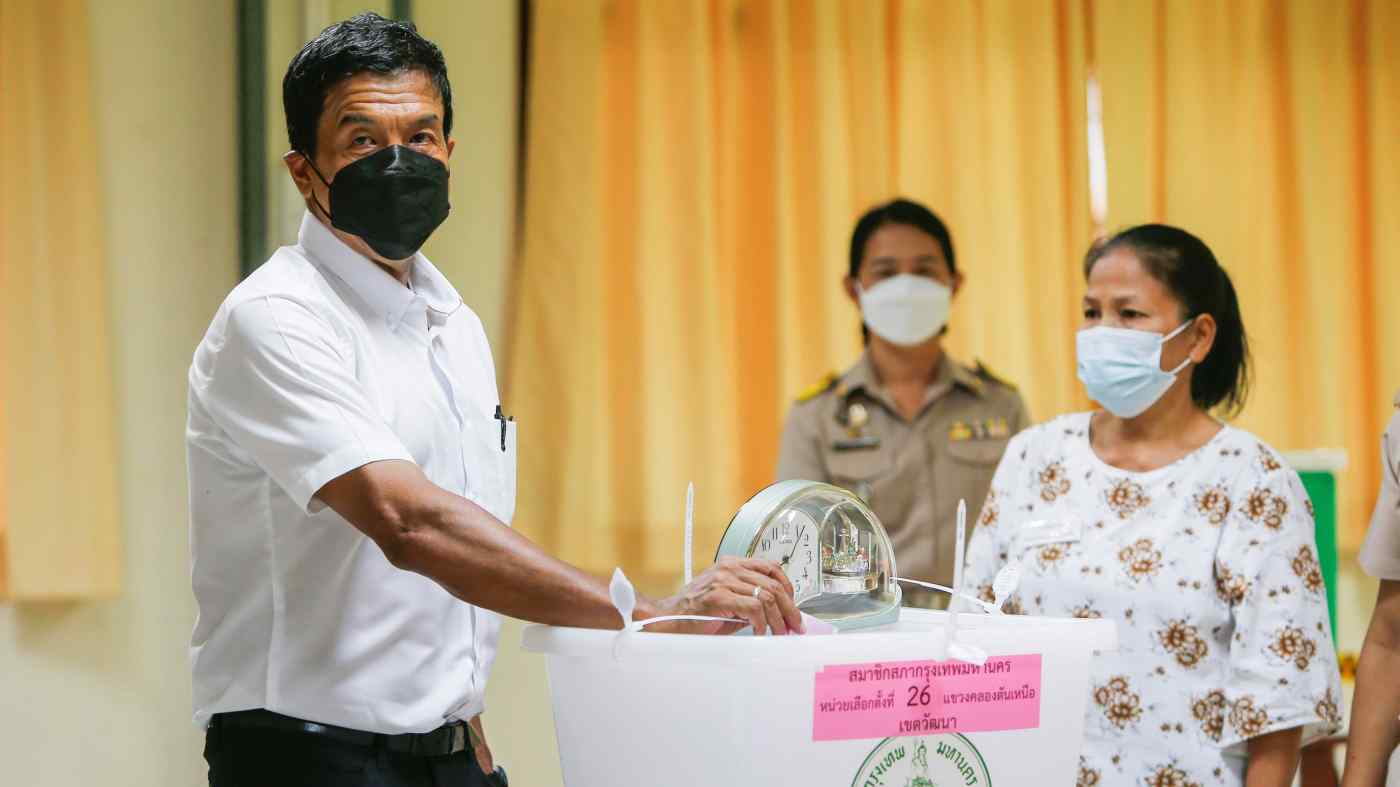 BANGKOK -- Chadchart Sittipunt, a former transport minister who has close ties with the opposition Pheu Thai Party, has won Bangkok's gubernatorial election, beating a candidate from the conservative camp favored by Thailand's ruling Palang Pracharat Party (PPRP) in a landslide in the election held for the first time in nine years.

The win is a blow to the military-linked PPRP ahead of a general election expected by early next year.