The 2010s in review: A decade of political and economic shocks

The past 10 years saw the rise of strongmen, the fall of an icon and an unexpected return 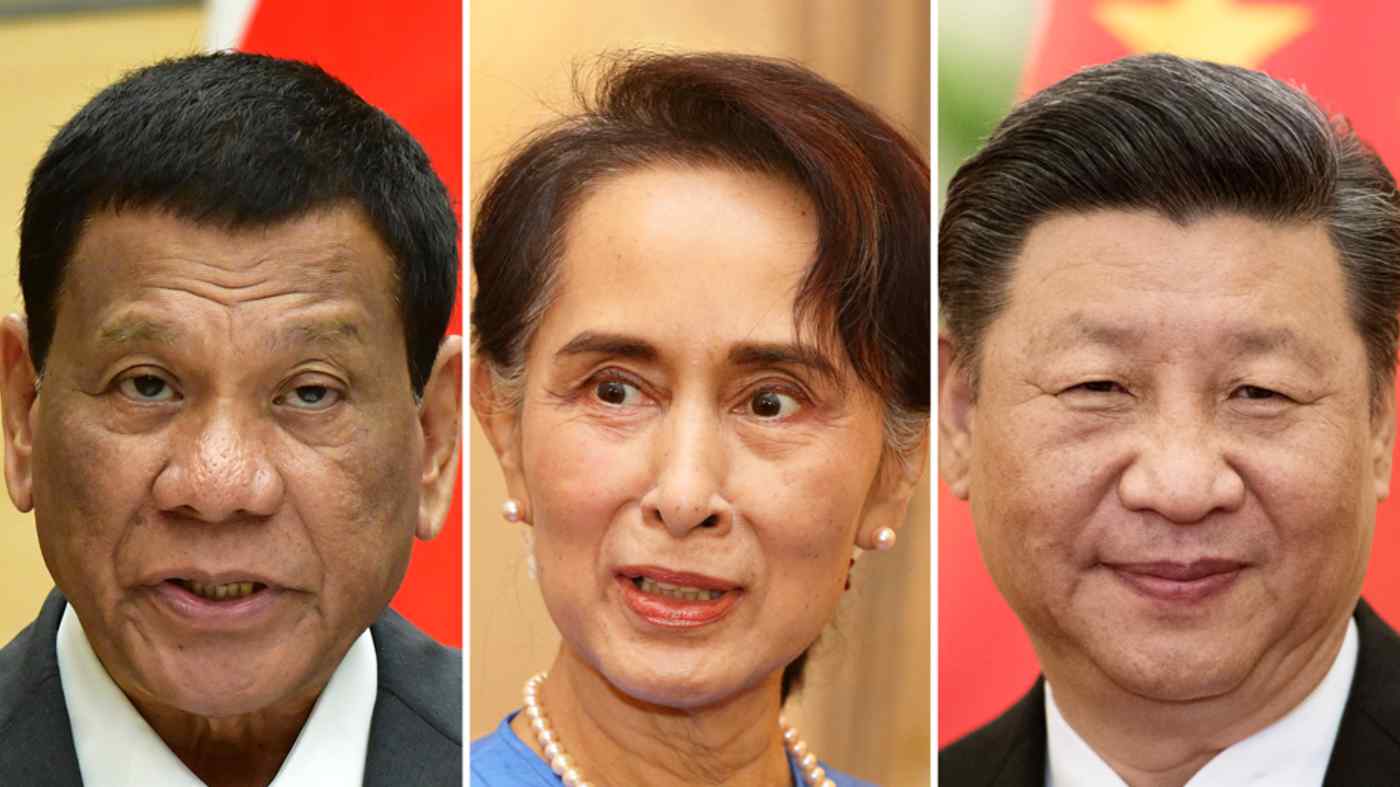 TOKYO -- The 2010s were a tumultuous time for Asia, sometimes tragic, sometimes triumphant and never dull. We look back at some of the biggest moments of the past 10 years, including improbable elections, economic upheaval and shifting alliances.

China started the 2010s with a bang, surpassing Japan to become Asia's biggest economy -- and No. 2 in the world behind the U.S. It was also the decade Xi Jinping came to power, assuming the post of general secretary of the Communist Party in 2012 and going on to become the country's most powerful leader since Mao Zedong.

Though its economic fire has cooled in recent years, Xi's determination to assert China's place on the world stage has only grown stronger.

China is closing out the decade in a way few would have imagined at its start: as a bold challenger of U.S. dominance. 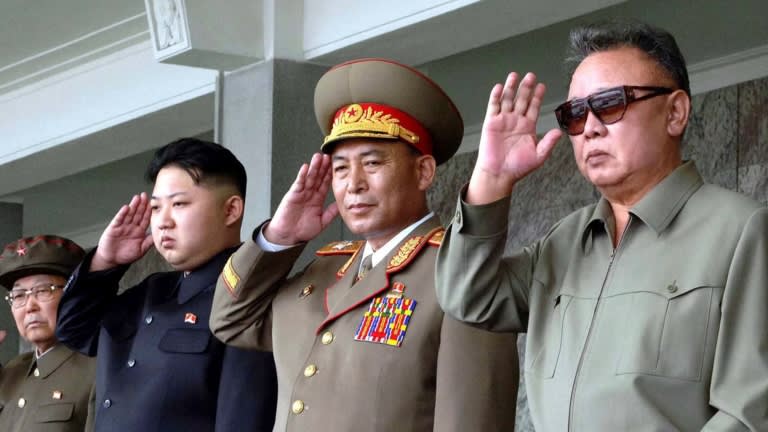 A young Kim Jong Un, third from right, attends a military parade with his father in 2011.

When Kim Jong Il died in 2011, little was known about his son and successor Kim Jong Un. Even the exact age of the new supreme leader of North Korea was not clear at the time. The younger Kim spent his first few years in power quietly reforming the economy and purging the old guard -- including members of his own family.

But it wasn't long before he had the world on edge with a series of missile and nuclear tests and fiery threats against the U.S. and Japan. An unexpected turn came in 2018 when he met Donald Trump in the first ever summit between a North Korean leader and a sitting U.S. president. Despite hopes at the time for denuclearization, Kim appears to be readying his arsenal again, with no hint of sanctions relief from the U.S. For Aung San Suu Kyi and Myanmar as a whole the 2010s could hardly have been a more dramatic decade. The one-time icon of democracy and human rights was released from house arrest in Yangon in 2010 and led her party to a landslide victory in the election of 2015.

Though barred from assuming the presidency, Suu Kyi became the country's de facto leader -- but her persistent silence on the plight of the Rohingya Muslim minority soon tarnished her reputation. The Nobel Peace Prize laureate has spent in recent years defending her country against charges of genocide, as she herself faces mounting criticism.

Thailand suffered a collective loss in 2016 with the death of King Bhumibol Adulyadej, who had assumed the throne in 1946 and enjoyed the widespread respect and affection of his subjects for seven decades. A national outpouring of grief followed, including an official yearlong mourning period in which government employees were ordered to wear black.

Losing their beloved king was not the only trial Thais faced in the 2010s. A coup in May 2014 -- the 13th since the end of absolute monarchy in 1932 -- ousted the caretaker government of Prime Minister Yingluck Shinawatra and ushered in five years of military rule. The transition to a civilian government has been patchy -- nine members of the cabinet sworn in on July 16 hailed from the junta. Mahathir Mohamad is all smiles at a press conference following his stunning election victory in May 2018.    © Reuters

One of the most unexpected political upsets of the decade came in 2018 when Mohamad Mahathir, then 93, returned to power in a sweeping electoral victory against Malaysia's incumbent Prime Minister Najib. Riding a wave youthful discontent -- and outrage over Najib's involvement in the 1MDB scandal -- Mahathir returned the post of prime minister with promises of reform and transparency.

Mahathir also pledged to step down in "two or three years" and hand power to Anwar Ibrahim, his onetime foe turned ally in the 2018 election. The clock is ticking, but Mahathir shows little sign of stepping aside anytime soon.

"We will never see another Lee Kuan Yew again:" The words of tearful Vijaya Ramasamy, one of the hundreds of thousands of mourners who turned out for the funeral of Singapore's founding father in 2015, summed up the feelings of many Singaporeans. Lee had served as prime minister for over three decades and continued to influence politics even longer. His long rule was not without controversy -- critics accused him of curtailing civil liberties -- but he was also credited with transforming a small island nation into one of the world's wealthiest countries.

The years since his death have been marked by an unfamiliar political uncertainty for Singapore as a family feud between his sons, Prime Minister Lee Hsien Loong and Lee Hsien Yang, intrudes on the public stage.

The 2010s saw social media for the first time play a prominent role in Asian elections. On the positive side, chat apps and online platforms have helped candidates launch grassroots campaign -- but those same tools are also used with alarming frequency to spread misinformation and inflame sectarian tensions.

The use of Facebook and other platforms to spread inflammatory rumors targeting ethnic minorities has became a pressing issue everywhere from Myanmar to India to Indonesia. And despite calls for big tech to police itself, the issue remains. President Rodrigo Duterte has shifted the Philppines away from traditional ally the U.S. and closer to China.   © Reuters

Rodrigo Duterte came out of nowhere. As a political outsider whose highest political office was mayor of Davao, his decision to run in the Philippines presidential election was unexpected and his victory a shock.

He has been no less shocking since, from launching a brutal war on drugs that has left thousands dead to swearing at world leaders and claiming he has personally killed criminals. His foreign policy legacy, meanwhile, will likely be his domestically unpopular pivot toward China.

As the most unexpected and unpredictable U.S. president in history, Donald Trump has done more than his share to shake up Asia. One of his first acts after taking office was to withdraw the U.S. from the Trans Pacific Partnership, a painstakingly negotiated trade pact that seemed on the cusp of realization.

From there he went on to launch a trade war China, engage in a tempestuous relationship with North Korea and rattle the foundation of once rock-solid defense alliances with Japan and South Korea. 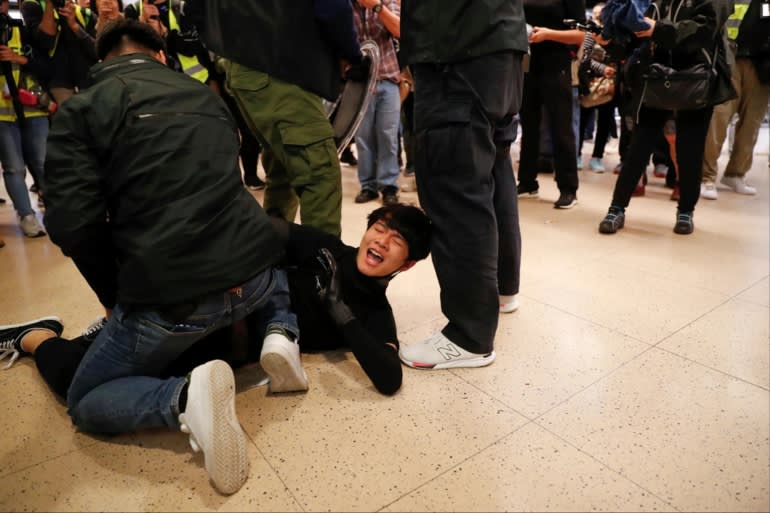 An undercover police officer detains an anti-government protester at a mall in Hong Kong on Dec. 15.   © Reuters

When Hong Kong residents took to the street to protest a much-maligned extradition bill being debated in parliament, few could have imagined that the unrest would continue for over half a year. Millions of protesters have taken to the streets, and clashes with police have on occasion turned violent, with at least 2 citizens killed and many more injured.

The extradition bill has been formally pulled, but the future of the city remains in question as Hong Kongers fight to preserve the "one country, two systems" framework that has so far safeguarded their rights.