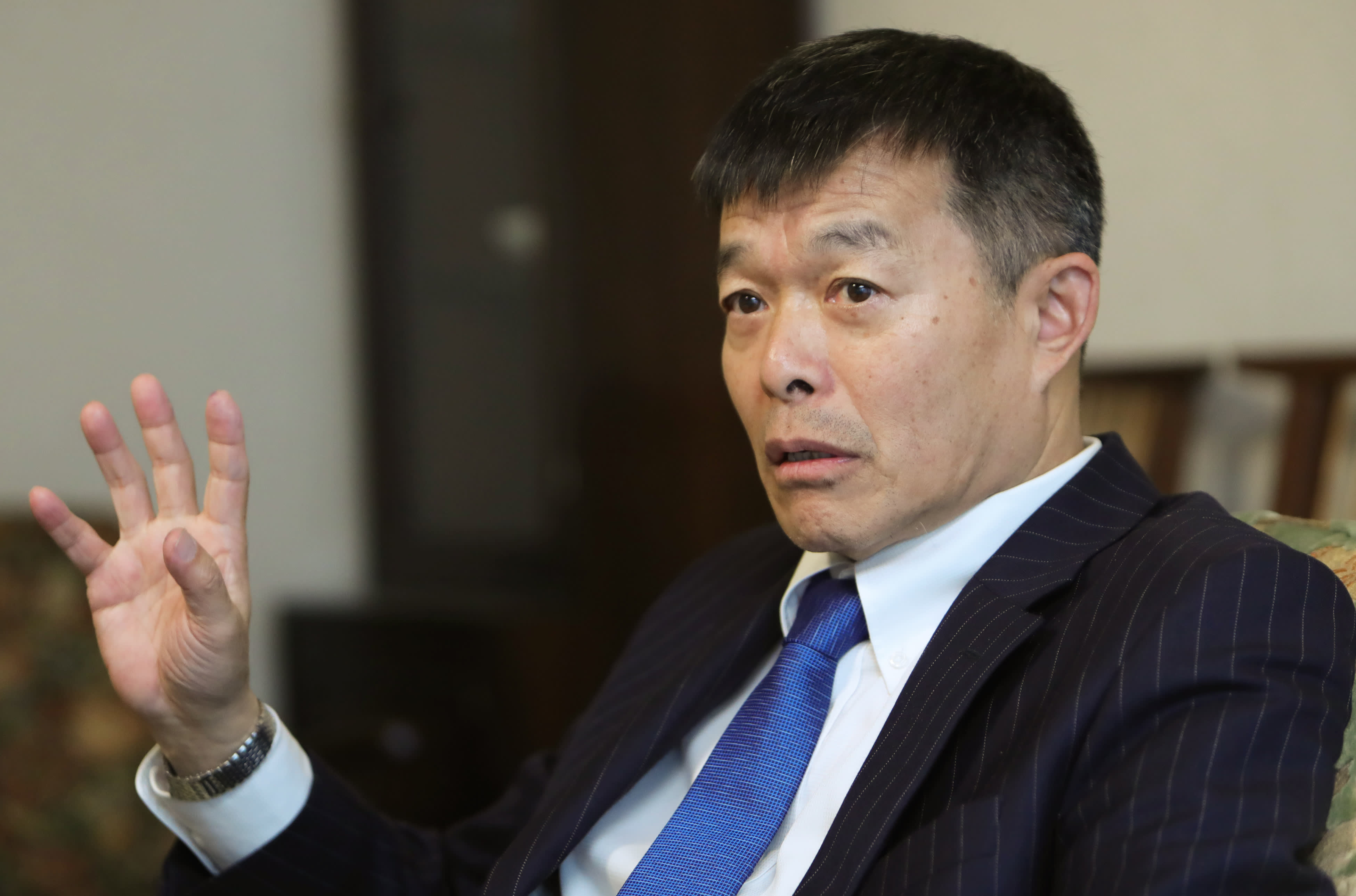 Hu Angang, dean at the Institute for Contemporary China Studies at Tsinghua University in Beijing, spoke to the Nikkei Asian Review in Tokyo on Nov. 8. (Photo by Ken Kobayashi)
Politics

Together, China and US can solve global issues, says Beijing adviser

Peace is the top priority, but China will not allow any impediments to its 2050 goal

TOKYO -- A year after being elected into the White House, Donald Trump made his first steps in China as the president of the U.S. on Wednesday. The host, President Xi Jinping, has further cemented his power base after the Communist Party congress last month that gives him more room to maneuver in foreign policy. 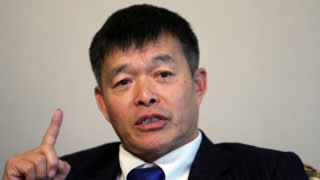 Hu Angang, a Tsinghua University professor, said China and the U.S. need each other. (Photo by Ken Kobayashi)

"Both [countries] need each other, and the most important thing [for them] is to make China-U.S. relationship in good shape," he said in an interview with the Nikkei Asian Review.

Hu is dean of the Institute of Contemporary China Studies at Xi's alma mater and is regarded as one of the main advisers to the top leader. Hu has been central to the formulation of Zhongnanhai's five-year plans, or the leadership's grand design for long-term economic prosperity for the country.

Hu recognizes the importance of China and the U.S. to each other. In his speech in Tokyo on Wednesday, he used the term "new great power relationship" to describe the bilateral relationship, elevating it to a new height. "Actually, money is king and market is king," he said. To a prominent economist, it is Beijing's economic might that has brought it at par with Washington.

According to Hu, the two nations have signed over 700 agreements over the past five years since Xi came into power. These agreements stretch over to various areas, including visa arrangements, science and technology to human resource development and youth exchange programs. "The bilateral interactions in the private sector including cultural exchanges -- except for some glitches in trade -- are multi-faceted, and it has the potential to become much larger," he said.

Speaking with a Japanese reporter, the professor gently dug at Japan. "Japan is definitely not able to sign over 700 agreements [with the U.S.]. Since we, the two countries (China and the U.S.), are very big, we need lots of details," he said. It is unclear how many similar agreements exist between Japan and the U.S.

Turning to the thorny issue of North Korea, Hu said that although he was not an expert on Korean matters and regional security, he reiterated Beijing's official position as an advocate of a peaceful solution. He added that "China cannot solve all the issues on North Korea."

Hu also recognizes the risk of "an involuntary and unpredictable event" taking place. He said he was prepared to face the "worst consequences," but stressed that "no one is allowed to disrupt our most prominent, core targets." He stopped short of elaborating on what this meant, but it could be read as a message to the Trump administration to exert utmost restraint in dealing with North Korea.

Indeed, Hu made reference to the "lessons" to be learned from the recent refugee crisis in Europe. "The Americans fought a war and left," he said, hinting on a possibility of tragic consequence to recur on northeast Asia if there was a war. His question also addressed Japan. "Are Japanese people ready for that?"