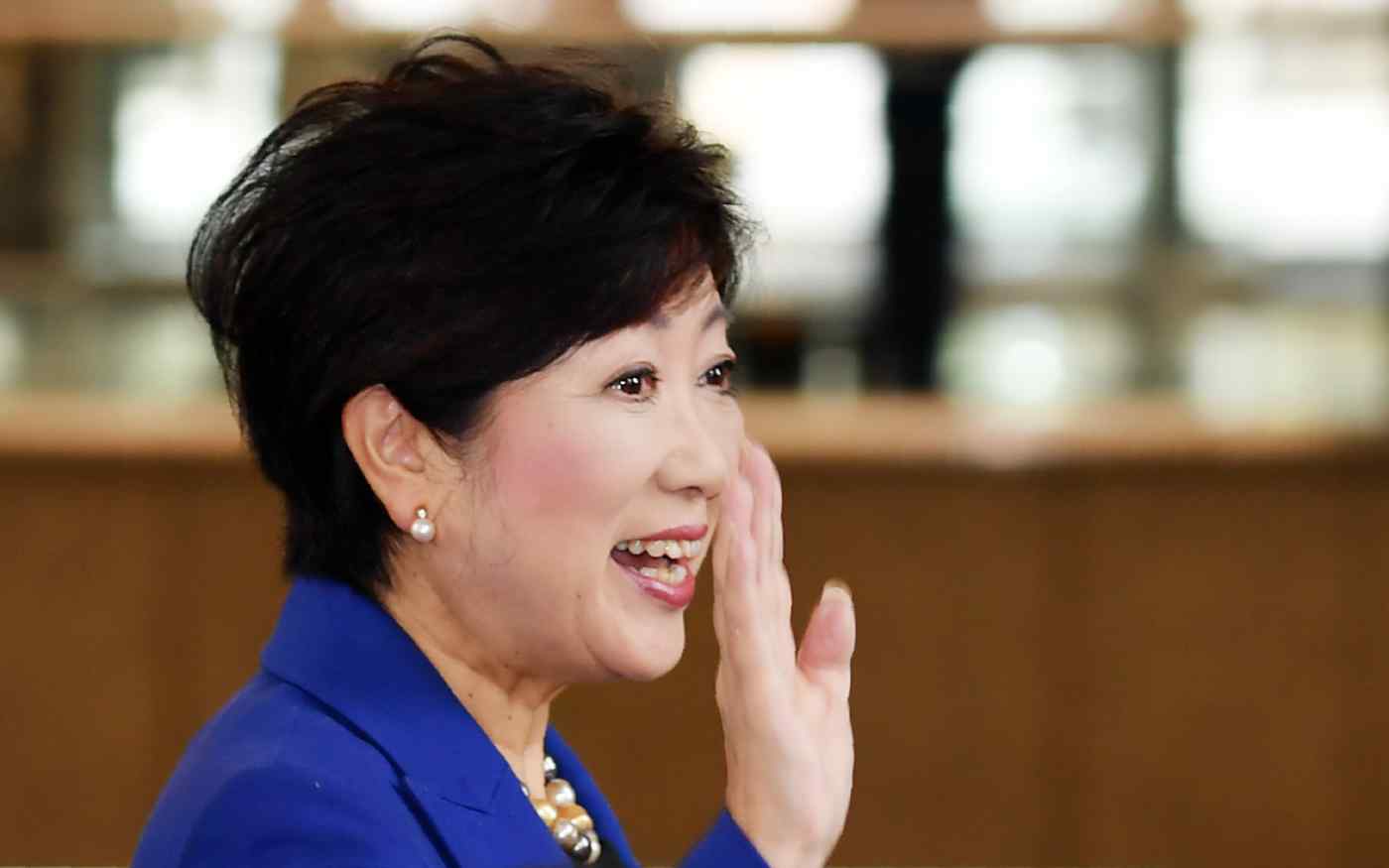 TOKYO -- Tokyo Gov. Yuriko Koike's intense preparation for a national debut is coming to fruition as her new "Party of Hope" readies its mission statement and first slate of candidates, looking to turn the popular leader's anti-establishment reputation into a powerful force in parliament.

"I'm excited, and aware of the immense responsibility on my shoulders," the maverick politician told reporters here Tuesday evening. She and more than 10 supporters, including lower house lawmaker Masaru Wakasa and former Environment Minister Goshi Hosono, will announce the upstart party's mission statement at a news conference Wednesday morning in preparation for a lower house election Oct. 22.

Kibo no To, as the party is known in Japanese, could select its first batch of candidates as soon as this week. The party aims to field candidates for single-seat districts, primarily in the Tokyo area and elsewhere, and for proportional-representation seats, which are allocated across 11 regions nationwide.

Months in the making

Koike's trademark communication skills will be the party's greatest asset in the coming weeks as the onetime Liberal Democratic Party lawmaker and defense minister takes on her old colleagues. In fact, though Kibo no To was only formally announced on Monday, the governor and her supporters have been hard at work for some time to ensure the new party makes a strong debut.

In one video making the rounds online, a woman impersonating Koike rails against vested interests and stalled-out politics encumbered by lawmakers' personal connections and political obligations. A man styled as a veteran lawmaker looks on, smoking and warning the Koike look-alike "not to underestimate the establishment" -- an image designed to "manipulate people's impressions," an LDP lawmaker said.

The governor said Tuesday that "someone else" had prepared the ad, but noted that she herself had various plans and scenarios in mind for the campaign going forward. "It would be unthinkable for a politician not to," she said.

Koike moved back in February to trademark the "Kibo no To" name  -- to "keep someone else from taking it," she said. She also sought a trademark for "Kibo no Juku," the name of a political academy founded to provide support for the national party. Both were awarded Sept. 1.