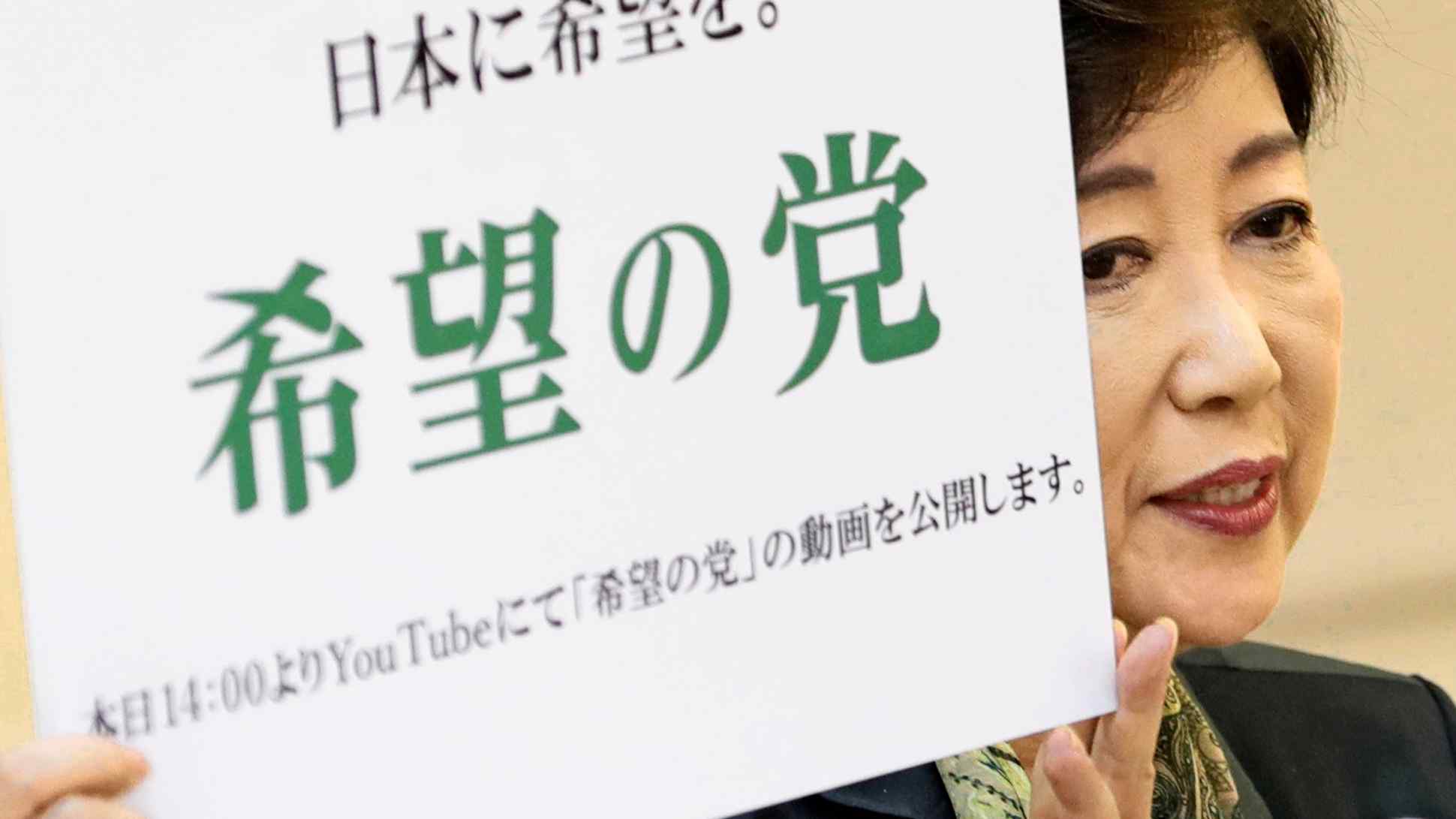 An opposition lacking a principled platform might win elections, but not much else

TOKYO -- Tokyo Gov. Yuriko Koike's new "Party of Hope" is well on its way to becoming the heart of Japan's political opposition. But what does it stand for, besides amassing enough followers to succeed at the polls?

The popular anti-establishment governor came out strong in a recent news conference. She said Kibo no To, as her new national party is known in Japanese, would "reset Japan" and usher in an era of "bold politics unencumbered by links to special interests." It was certainly enough to put members of the ruling Liberal Democratic Party and their allies on edge.