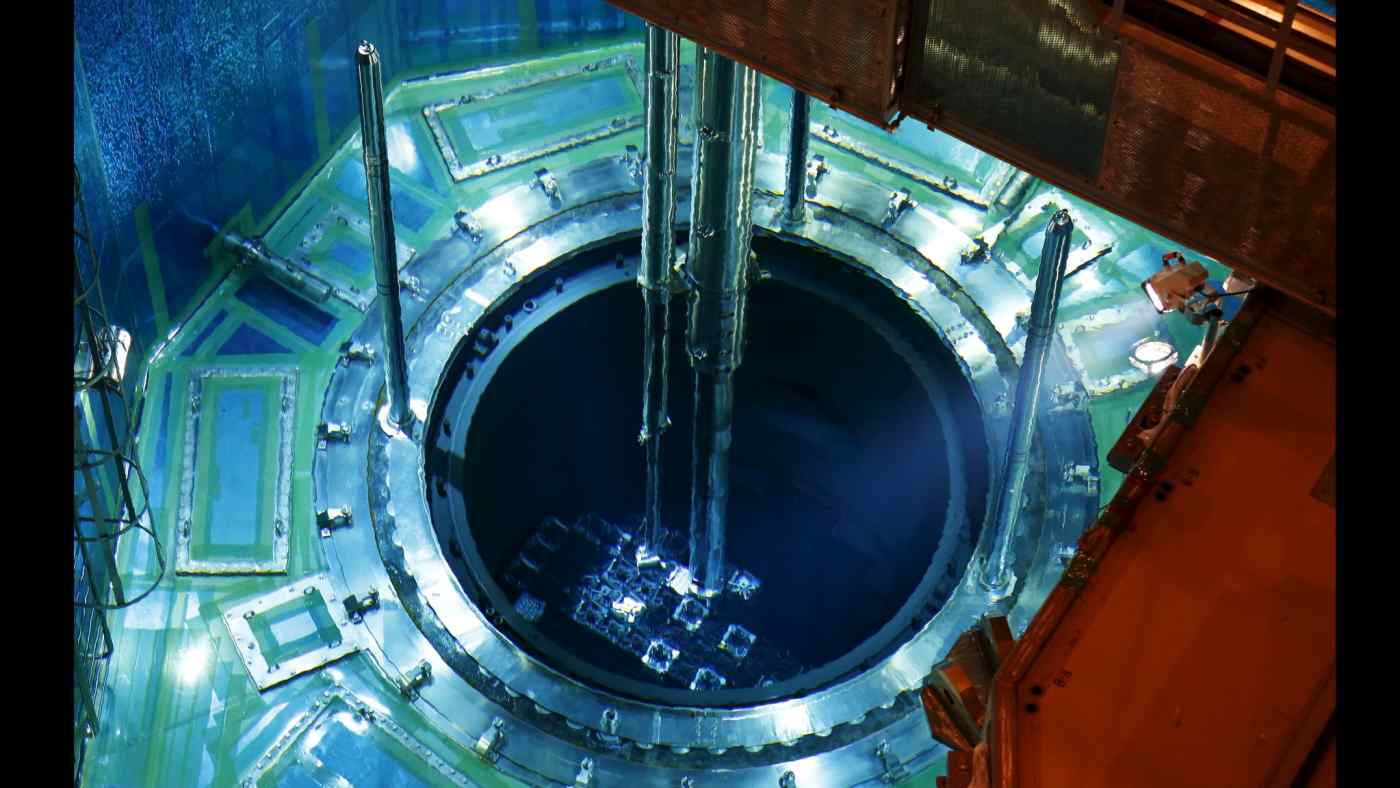 Japan promised plutonium reductions in an energy plan approved by the cabinet on Tuesday, responding to growing international concern. But its plan to burn plutonium at restarted reactors is fraught with challenges.

Japan has the stated principle of not keeping plutonium beyond what is needed for nuclear power generation, but the material has been piling up because of delays in restarting reactors that will help consume it as a fuel. Facing calls from the U.S. to shrink its holdings, the Atomic Energy Commission here decided to cap the stockpiles and cut the roughly 47 tons it already has.

The new energy plan, revised for the first time since 2014, "further clarified the goal of reducing" the stockpiles, Minister of Economy, Trade and Industry Hiroshige Seko told a Tuesday news conference. The move also reflects "urgent requests from the Ministry of Foreign Affairs," an economic ministry official said.

Burning uranium fuel in nuclear reactors generates plutonium as a byproduct. A 30-year-old nuclear treaty between the U.S. and Japan, set to automatically renew this summer, makes the resource-poor East Asian country the only state not armed with nuclear weapons that is allowed to extract the plutonium from spent fuel for power generation. Such activity is generally forbidden because plutonium is used in building nuclear weapons.

But the U.S. has called for Japan to scale back its growing plutonium stockpiles amid the risk of terrorist attacks. Washington is worried that other countries could also start to demand a similar exception to possess plutonium, raising the specter of nuclear proliferation.

Plutonium can be extracted from the spent fuel through reprocessing and used alongside uranium in mixed-oxide fuel, or MOX fuel. Such fuel may make up as much as 30% of the mix for plutonium-thermal, or pluthermal, generation at nuclear reactors. This presents a way to reduce stockpiles while also generating energy. 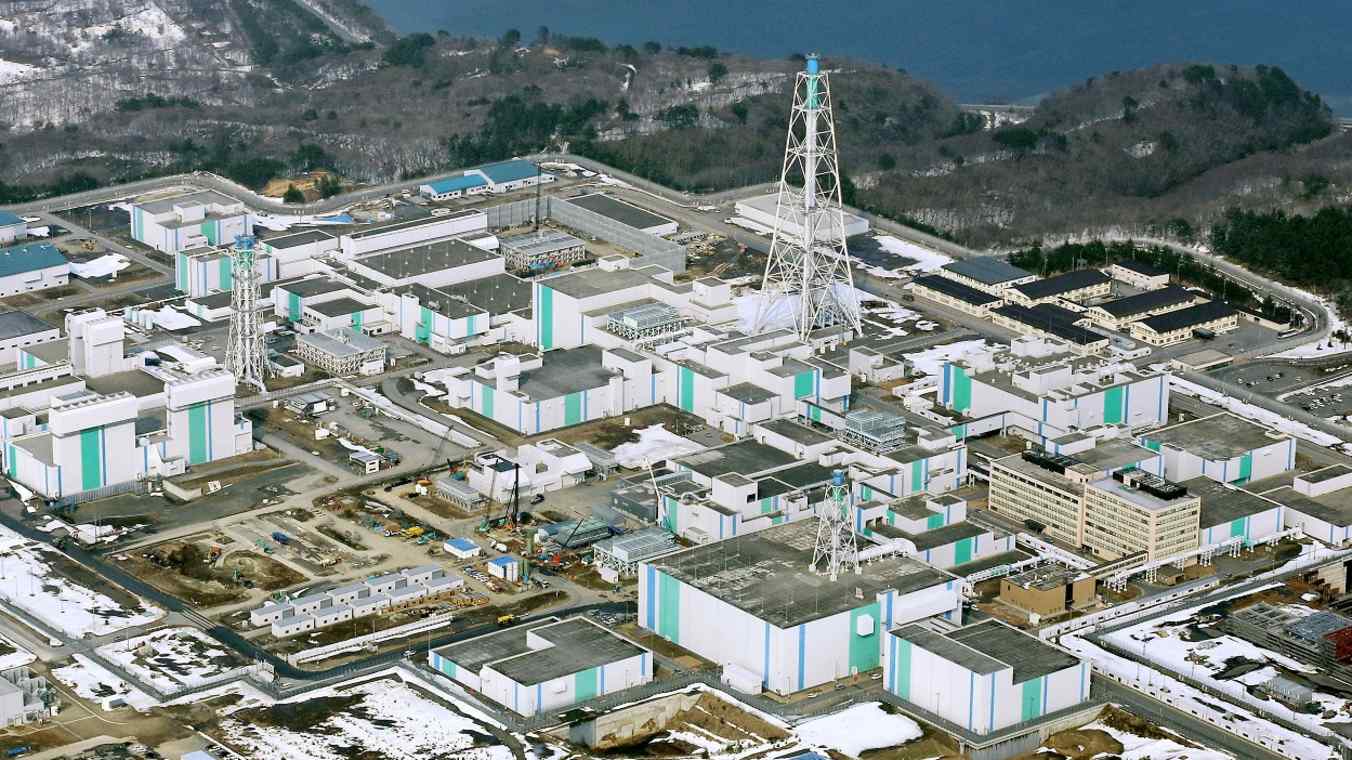 But the March 2011 fuel meltdown disaster at a Tokyo Electric Power Co. Holdings nuclear plant in Fukushima, after a major earthquake and tsunami hit northeast Japan, threw a wrench into nuclear policy. Reactors were taken offline for safety checks, and locals have often strongly opposed restarting them.

Japan originally planned to have 16 to 18 reactors using pluthermal fuel by fiscal 2015. But just four are: two belonging to Kansai Electric Power in central Japan's Fukui Prefecture, one Shikoku Electric Power reactor in the southwestern prefecture of Ehime, and one Kyushu Electric Power facility in Saga Prefecture.

The Nos. 6 and 7 reactors at Tepco's Kashiwazaki-Kariwa nuclear plant in Niigata Prefecture, northwest of Tokyo, have passed safety checks by the Nuclear Regulation Authority. But local opposition has dimmed prospects for restarting them soon. Reactors managed by Chubu Electric Power and others also face delays.

Faced with the conundrum, the government is considering expanding plutonium-thermal power generation at plants in western Japan to burn through Tepco's and Chubu Electric's stockpiles.

The Federation of Electric Power Companies of Japan "will consider [that plan] down the road," said Chairman Satoru Katsuno, president of Chubu Electric.

But the public may not be so receptive. "Local backlash is so fierce that it's unclear whether we'll be able to see it through," a power company executive said.

The pluthermal project became Japan's best hope for cutting plutonium stocks after the 2016 decision to decommission a trouble-prone breeder reactor that used the material. The Fukui Prefecture fast breeder -- designed to create more fuel than it used -- was once seen as a holy grail of sorts for energy-starved Japan.

But even large reactors with outputs of around 1.2 million kilowatts would use only about 0.4 ton of plutonium a year. In 2016, pluthermal generation at reactors including the two Kansai Electric facilities in Fukui used less than 1 ton of plutonium, according to the AEC. Even with 16 to 18 reactors online, reducing Japan's roughly 47-ton stockpile would be no simple task.

A plant under construction in the northern prefecture of Aomori by Electric Power Development, or J-Power, is slated to use MOX fuel, burning 1.1 tons of plutonium a year once active. But construction has stalled since the Fukushima disaster.

An Aomori nuclear fuel reprocessing plant is also slated for completion in 2021 by Japan Nuclear Fuel, potentially adding even more to Japan's plutonium stockpiles. Unprocessed spent fuel is harder to use in making weapons and so does not count toward plutonium volumes.

Japan Nuclear Fuel's facility could extract as much as 8 tons of plutonium a year. The government intends to limit the volume of fuel reprocessed to only what is needed to fuel pluthermal reactors and not keep any extra. That plan affects Japan's existing nuclear energy policy premised on recycling plutonium.

About 37 tons of Japan's plutonium is in the U.K. and France, to which Japan outsources reprocessing of spent fuel. The U.S. sees these overseas stockpiles as problematic as well.

Some in the government here propose handing over the material to the European countries. "Paying them to consume [the plutonium] is one option," an economic ministry official said.

But talks have not been begun. The U.K. has frozen its own programs for plutonium-using nuclear plants, leaving it unable to use the material. France has decades of experience using the fuel, but whether it would accept a Japanese request is unclear.