Judges postpone ruling until Feb. 1 on whether he can be released on bail 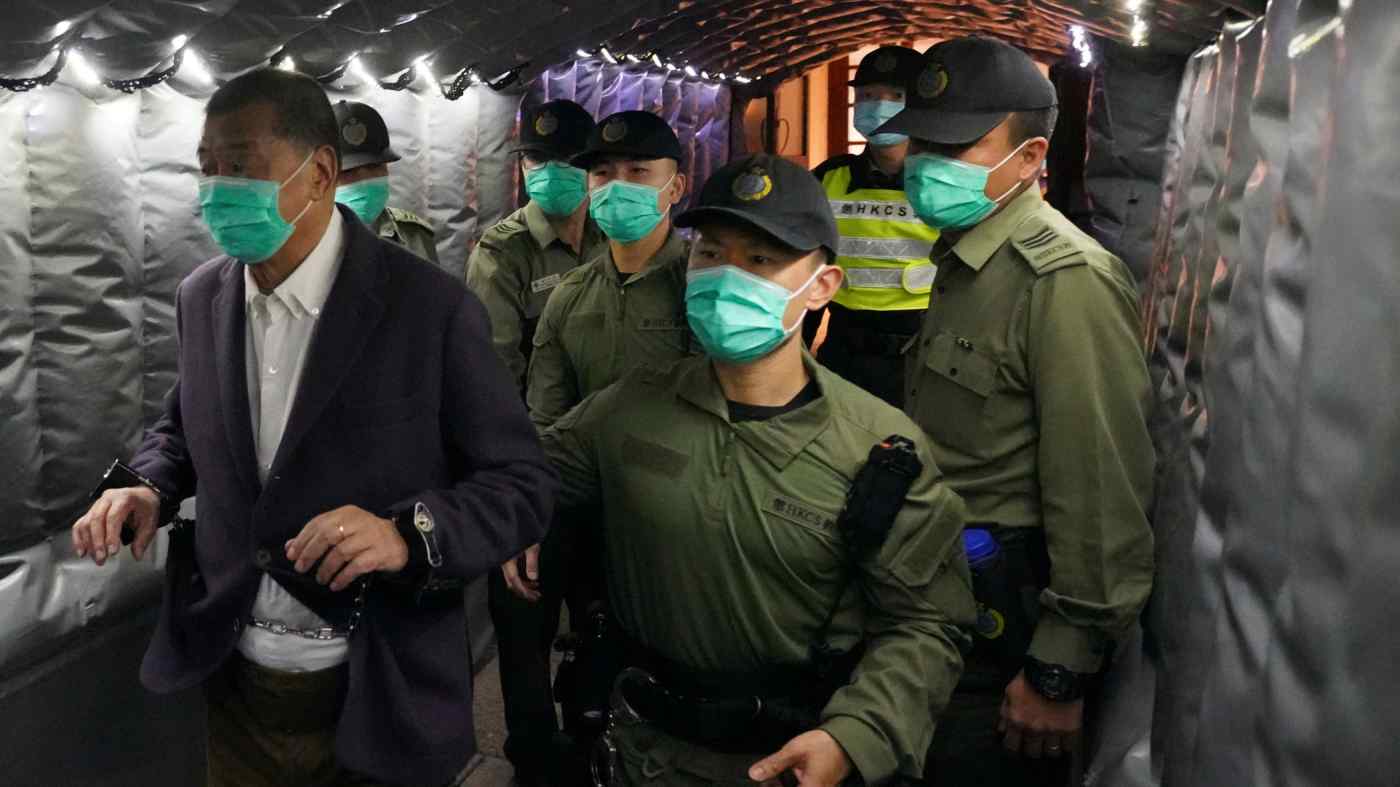 HONG KONG -- Media tycoon Jimmy Lai returned to jail on New Year's Eve after Hong Kong's top court postponed ruling on whether he could be released on bail while facing charges under the city's national security law.

The founder of newspaper Apple Daily, known for its critical coverage of Hong Kong and China, will be held in custody until Feb. 1 when his next bail hearing is scheduled. He had been granted home release under a 10 million Hong Kong dollar ($1.53 million) bond last week with conditions restricting his personal, media and social media interactions, but prosecutors appealed to the Court of Final Appeal to revoke his bail.