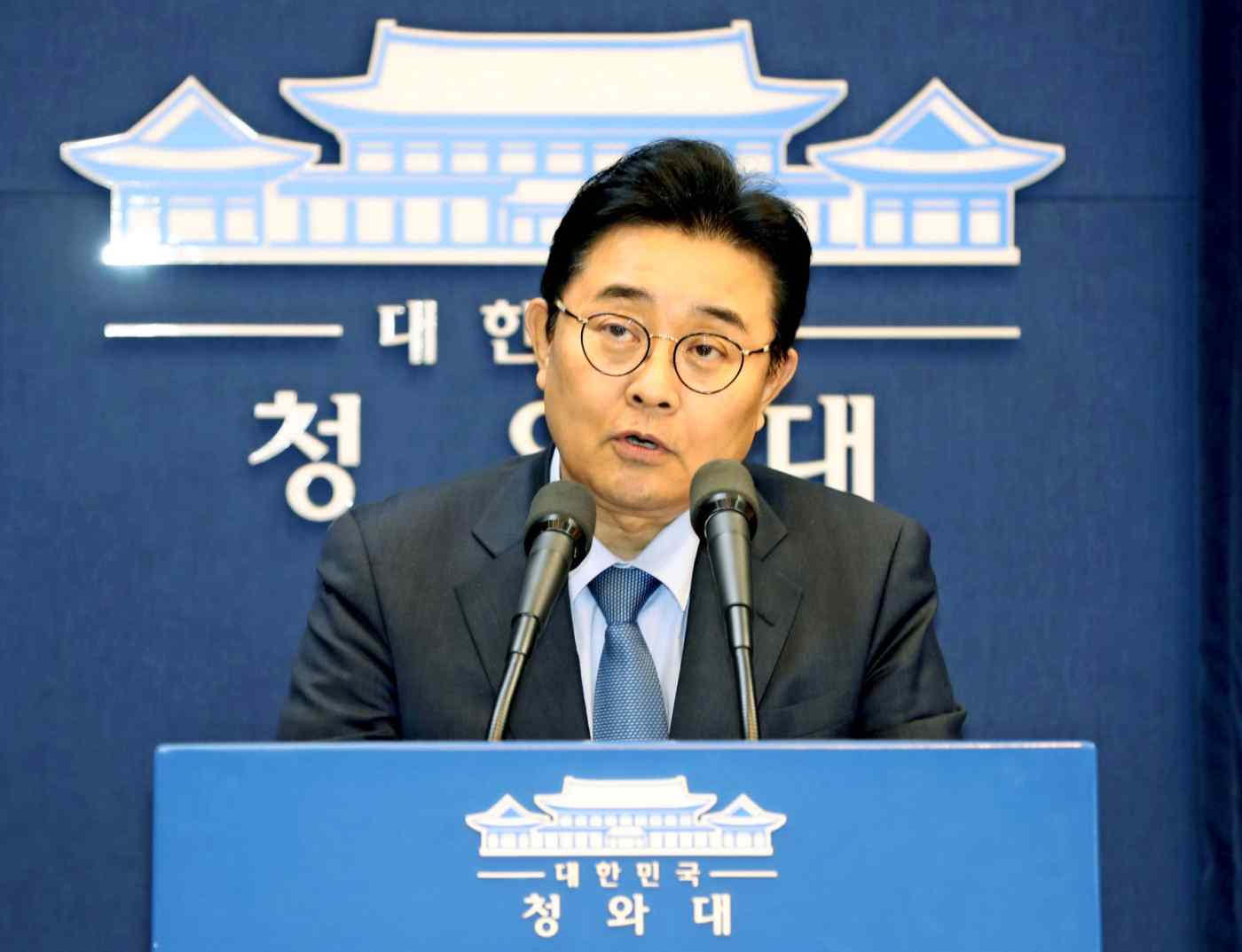 SEOUL -- A top aide to South Korean President Moon Jae-in offered to resign on Thursday after his subordinates were arrested on embezzlement charges, dealing a heavy blow to the president's campaign against improprieties committed by the past two conservative administrations.

Jun Byung-hun, Moon's senior secretary for political affairs, apologized for the acts of his former assistants, who were apprehended on Wednesday night, and for causing causing trouble for Moon. Jun denied his own involvement in the scheme, but prosecutors are expected to investigate him as well.