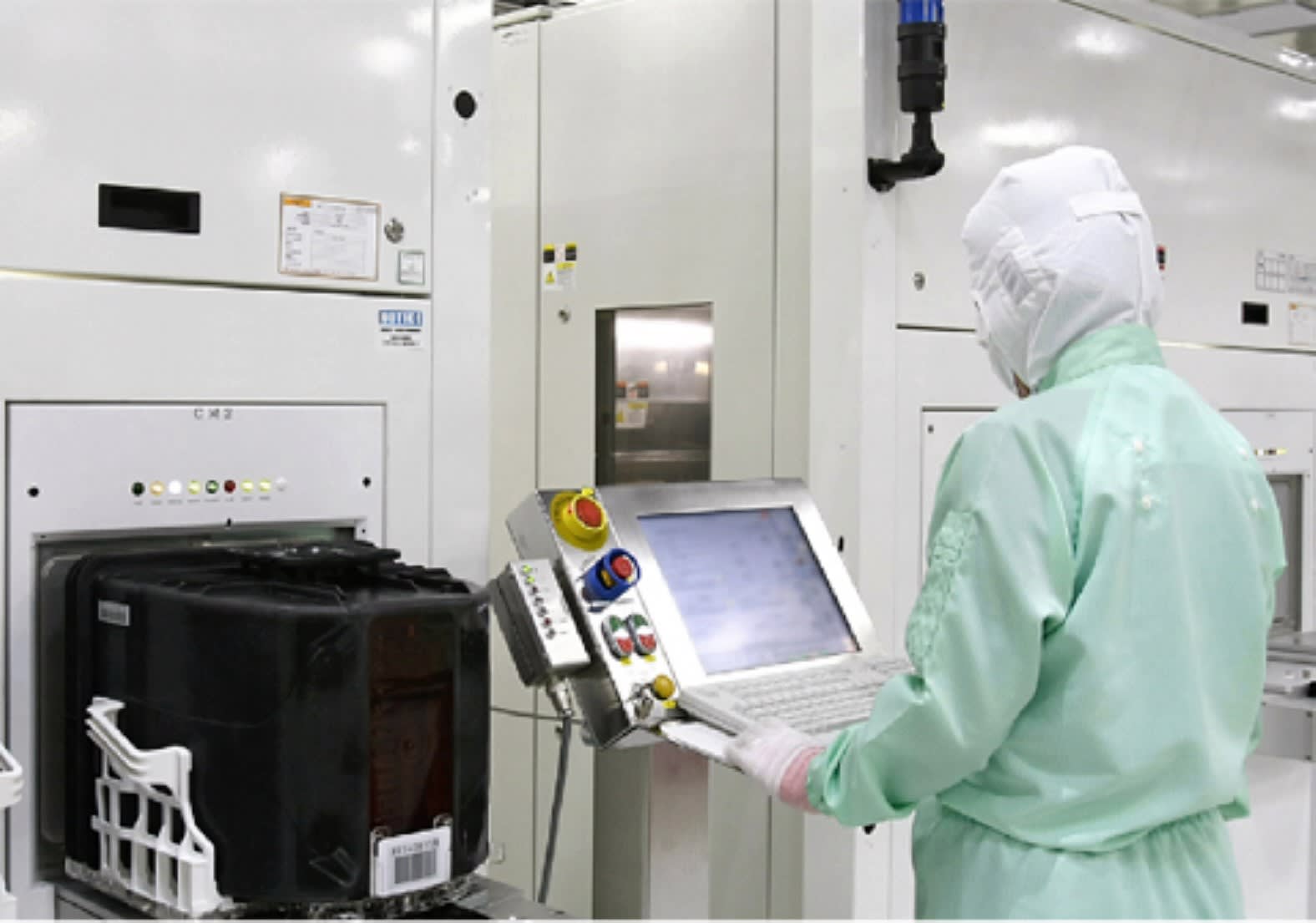 TOKYO -- Toshiba's decision to file a criminal complaint over the theft of its proprietary data carries a clear warning to any other competitors harboring such designs.

While technology leaks from Japan to South Korea are not uncommon, a criminal case rarely results. Toshiba's decision to file a criminal complaint indicates the company's increasingly strict stance on the protection of its data, particularly regarding flash memory chips, according to a semiconductor industry official.

Following the arrest, Toshiba said it had also filed a damages suit against SK Hynix with the Tokyo District Court.

Sugita allegedly acquired Toshiba's research data on NAND flash memory sometime in 2008 when he was working at its plant in Yokkaichi, Mie Prefecture, for joint production of semiconductors between the leading Japanese electrical and electronic equipment maker and SanDisk. He reportedly handed the data over to SK Hynix in violation of Japan's unfair competition prevention law.

Semiconductor technology leaks reportedly began in the 1980s when Japanese companies accounted for half of the world's chip production. A series of lawsuits have been brought over alleged violations of intellectual property rights related to cutting-edge technology.

This is not the first case for Toshiba and Hynix clashing over intellectual property issues. There were disputes on flash memory patents in the 2000s as well.

But stemming the flow of sensitive information is no easy task.

When engineers leave a company, they pledge in writing not to provide other firms with technology they have become familiar with during their employment. But engineers build up a wealth of know-how and expertise through their work, and "it's difficult to define how much of it is intellectual property belonging to former employers," said an executive at a Japanese semiconductor maker.

This is a problem because companies often hire retired engineers precisely to obtain that know-how. Attractive pay has enticed many Japanese engineers to move to companies in other countries, especially South Korea.

In Sugita's case, the presence of "definite evidence," such as a memory device containing copies of the leaked data, led to his arrest, said a senior official at the Ministry of Economy, Trade and Industry.

Toshiba filed a criminal complaint on the strength of this evidence. Moreover, the company likely wanted to demonstrate its determination to protect its intellectual property rights now that it is eyeing the No. 1 position in the global flash memory market.

For NAND flash memory used in such products as smartphones, Samsung Electronics of South Korea held a global market share more than 10 percentage points larger than Toshiba's until five years ago. The gap narrowed to 2.5 points in 2013.

With a new manufacturing facility due to be completed shortly at the Yokkaichi plant, Toshiba is aiming to overtake its South Korean rival.

Industry watchers say the leakage of data to SK Hynix will not deal any serious blow to Toshiba's semiconductor business. Rather, it has given Toshiba the opportunity to show its competition in South Korea how serious it is about protecting its technology.

Japanese semiconductor manufacturers have witnessed their standing in the global market go south in recent years. Flash memory is one of the few sectors where they remain competitive and Toshiba is not going to give it up without a fight.