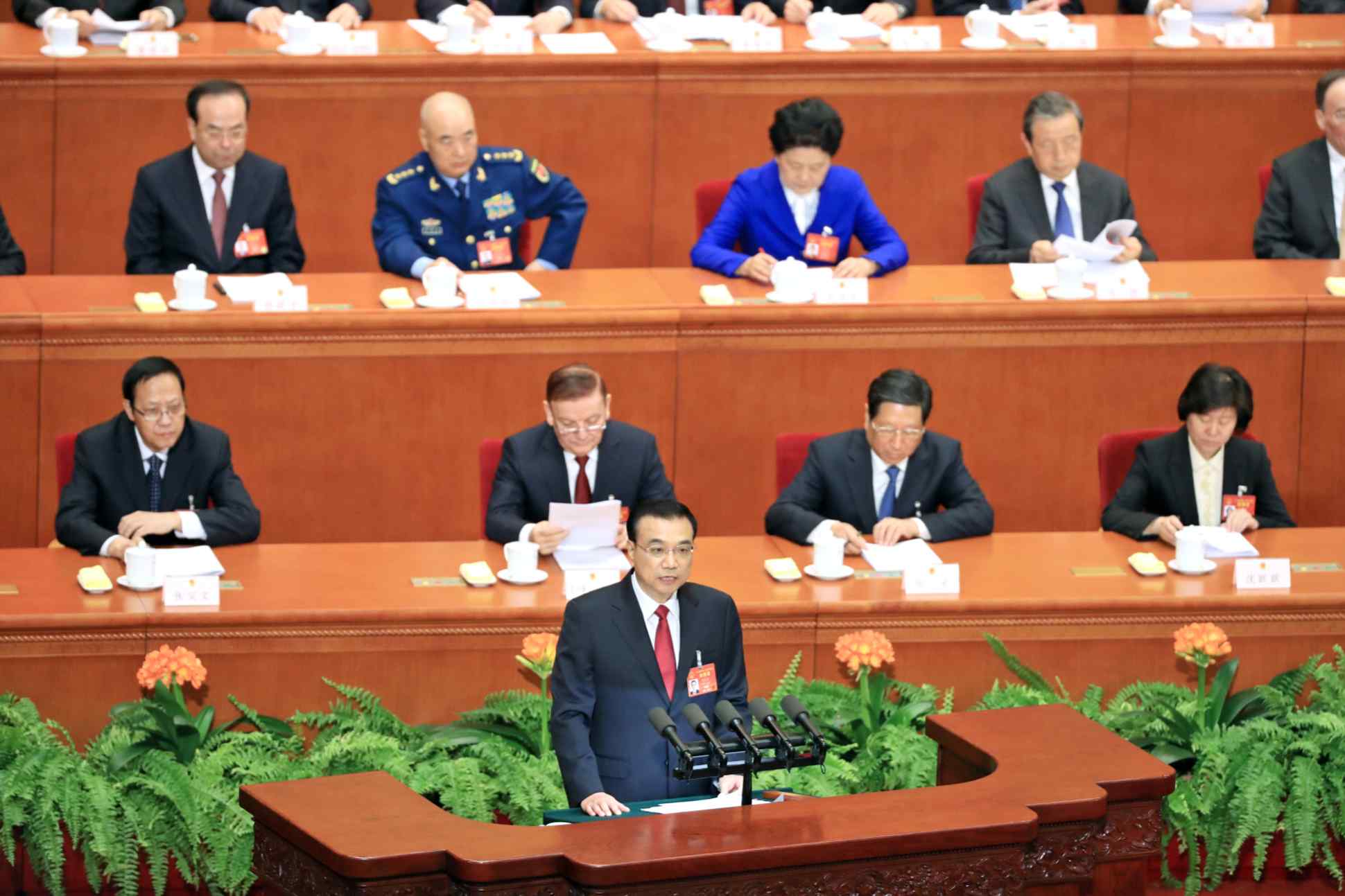 China must fiercely defend its sovereignty, security and prosperity by bolstering military training and equipment and pushing ahead with plans to boost its defense capability, Li emphasized in his speech at the annual meeting of the National People's Congress. He went on to list stronger border defense and joint R&D by the military and private sectors as examples, but did not offer any concrete details.

The annual work report has traditionally provided the country's defense budget, but this information was missing this year. However, a spokesperson for the legislature stated that China's defense budget for 2017 is set to increase 7% from the previous year. This means the country's annual military spending will exceed 1 trillion yuan ($145 billion) for the first time.

The hard-line rhetoric in the latest work report is seen as Beijing's response to U.S. President Donald Trump's stated policy intentions. The report does not mention the U.S., but it is clear that statements such as, "The growing tide of anti-globalization and the rise of protectionist tendencies have increased uncertainties," were meant to target Trump.

Beijing also declared its intention to push for a swift conclusion of negotiations on the Regional Comprehensive Economic Partnership and for creation of an Asia-Pacific free trade area. While promoting RCEP, which does not include the U.S., the report made a thinly veiled criticism of Trump's decision to pull out of the Trans-Pacific Partnership trade agreement, which had been championed by the previous administration of President Barack Obama. "China consistently and sincerely executes what it promises," the report noted.

Beijing also made its position on Taiwan crystal clear. The passage, "China will adamantly oppose and stop Taiwan's independence," is a notch stronger than a similar statement in the previous year's report, in which the word "stop" was not used. The addition of the word likely was prompted by then-President-elect Trump's remark that the U.S. may reconsider its support for Beijing's One China principle, which holds that Taiwan is part of China.

Furthermore, this year's report added a new sentence saying there is no future for the Hong Kong independence movement. The special administrative region of China is to select a new leader in an election on March 26.

Aside from the Trump factor, the projection of a stronger attitude toward the world likely came from President Xi's desire to silence critics, as he looks to secure another five years at the helm during the National Congress of the Communist Party of China slated for autumn.