Washington at odds with Tokyo on US auto tariffs 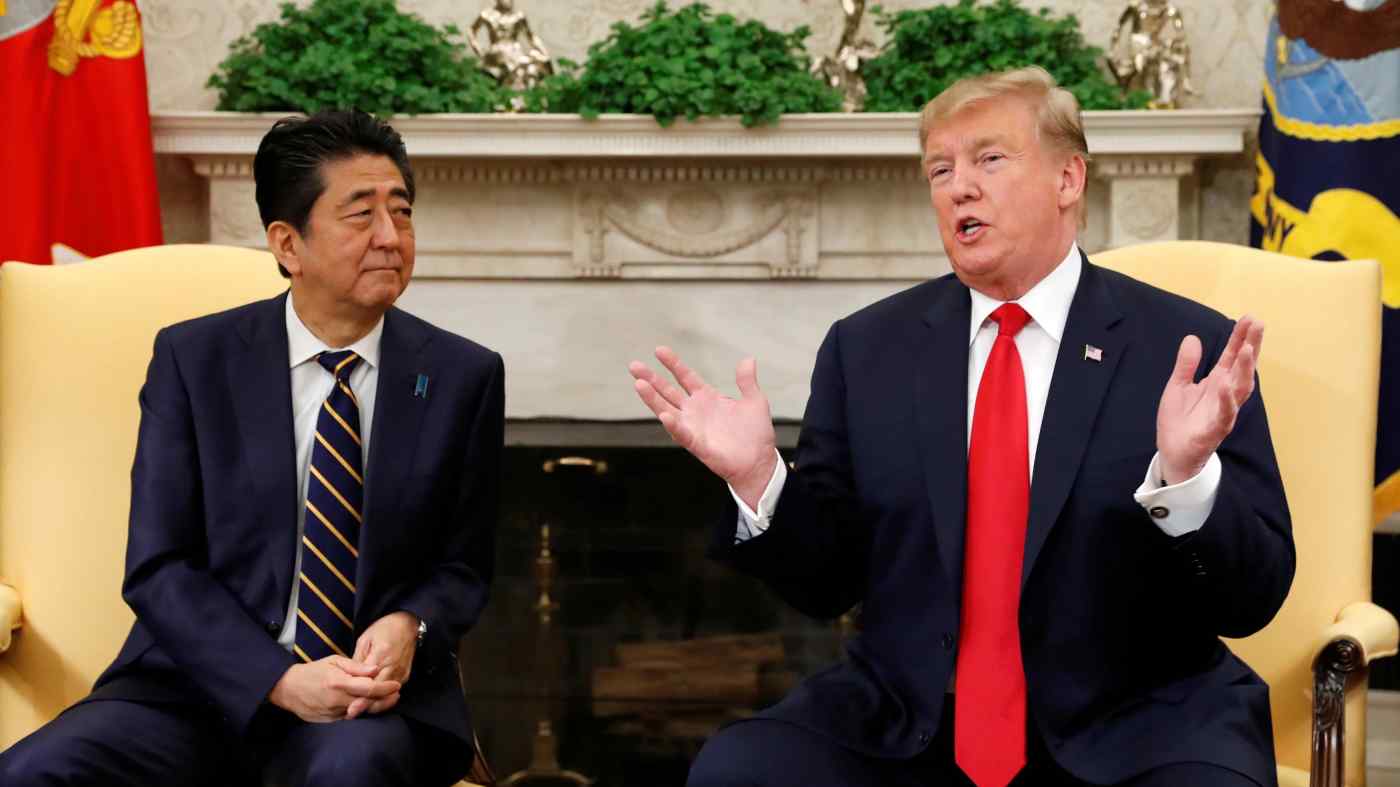 NEW YORK -- Trade will not be the focus of U.S. President Donald Trump's upcoming trip to Japan, a senior U.S. administration official told reporters Wednesday, in effect dropping a previously floated goal of clinching a quick trade deal by end of May.

Trump, who will visit Japan from Saturday to Tuesday as a state guest, signaled in late April ahead of his meeting with Japanese Prime Minister Shinzo Abe that a trade deal could be ready by the time of his trip to Japan this month.