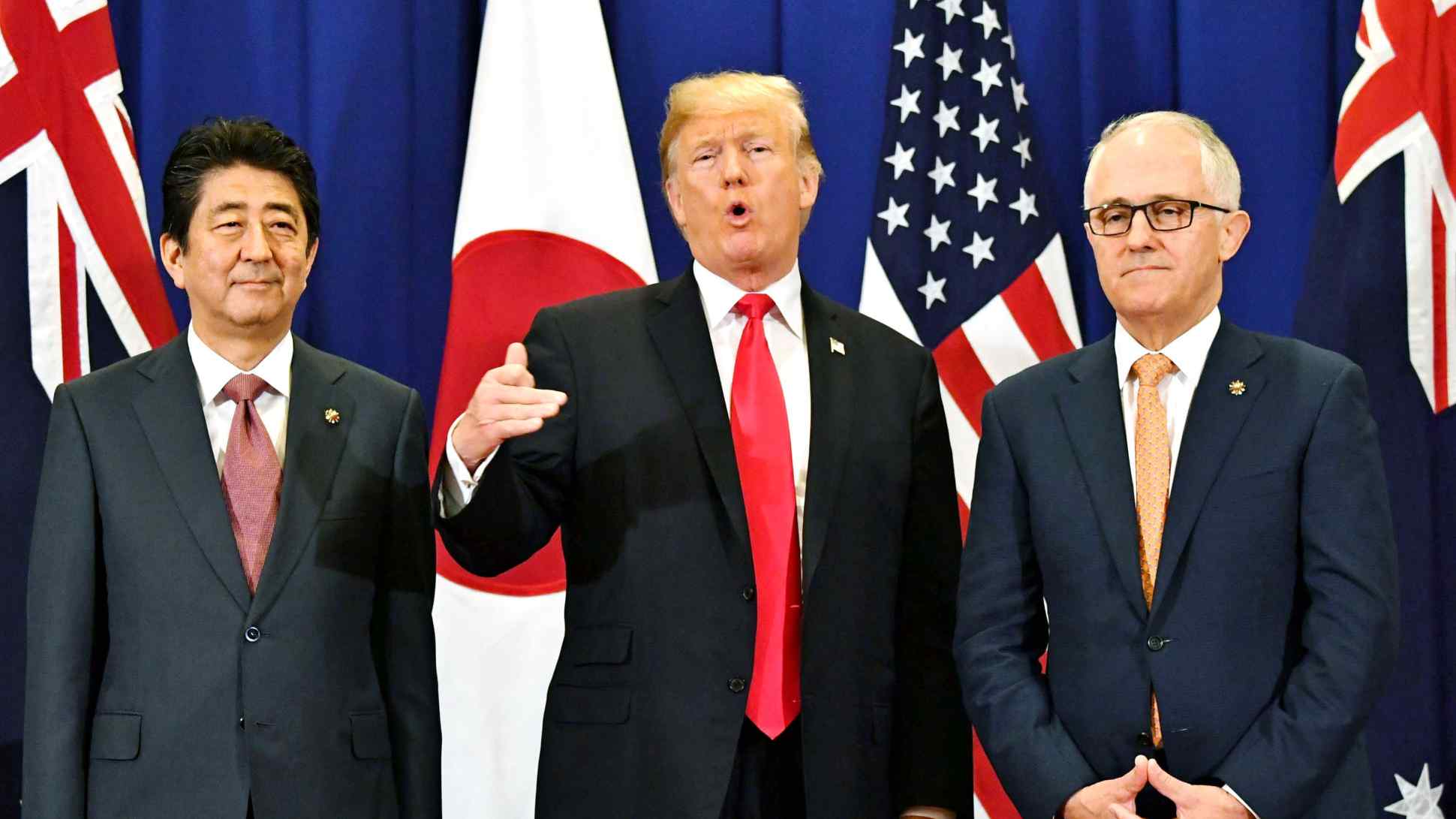 America's 'deficits will be cut very quickly,' US president says

"We have the same values, same focus in ensuring the North Korean regime comes to its senses, and stops its reckless provocations of threats of conflict in our region," Turnbull said as the meeting began.