China talks up its role in US-North Korea detente 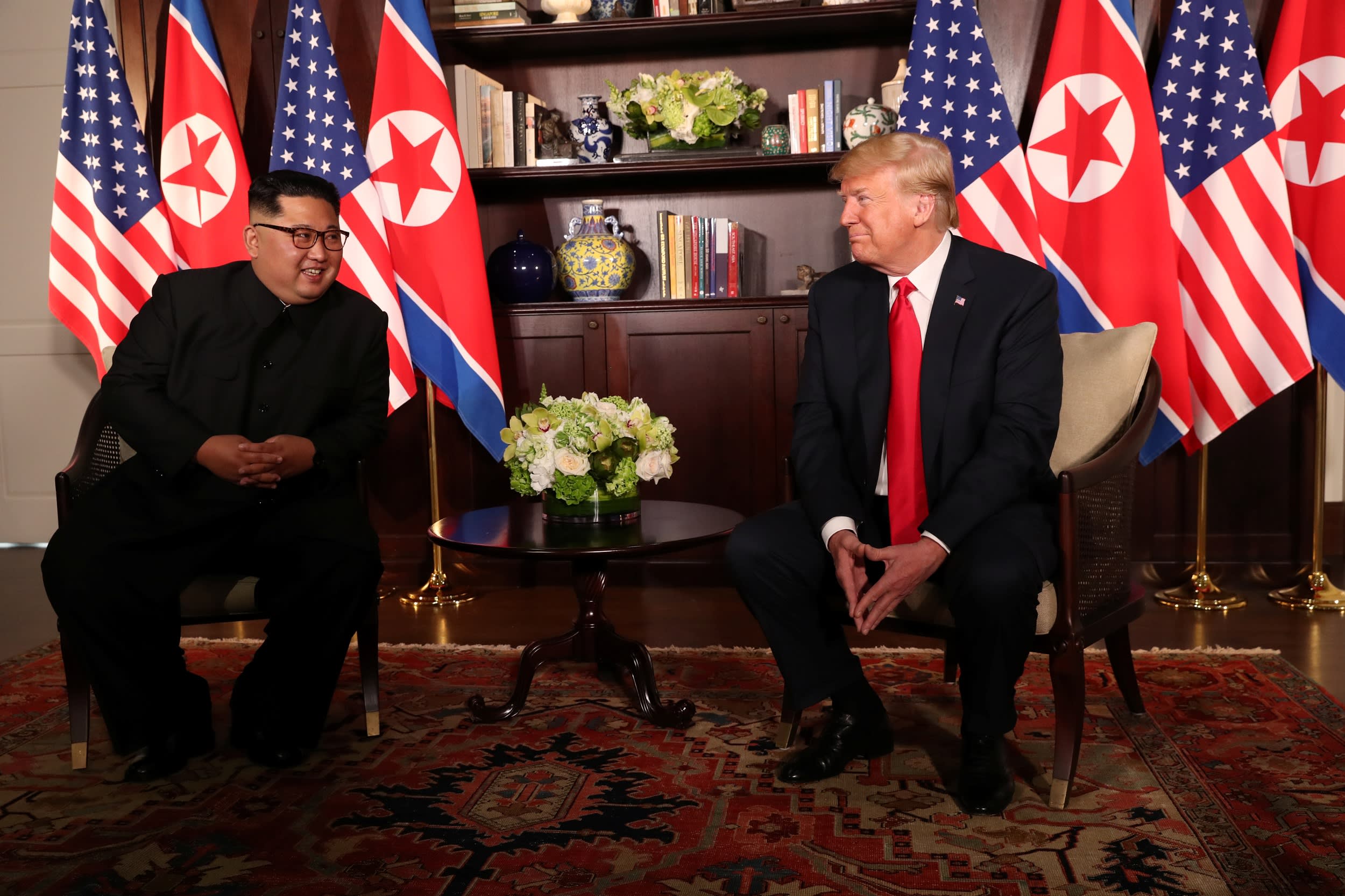 SINGAPORE -- China will continue to play a key part in promoting progress on North Korea, it said after Tuesday's summit between U.S. President Donald Trump and Kim Jong Un.

"The meeting and its achievements are an important step" toward peace and prosperity on the Korean Peninsula, the Chinese Ministry of Foreign Affairs said in a statement lauding the political decisions by the two leaders.

China has been committed to denuclearizing the peninsula and putting a peace mechanism in place, ministry spokesman Geng Shuang told a news conference in Beijing, highlighting the Chinese contribution to making the summit a reality. "China stands ready to continue to play a constructive role" toward these ends, he said. The North Korean leader even flew here on an Air China plane -- a fact highlighted in one exchange between Geng and a reporter.

On the United Nations sanctions targeting North Korea, Geng cited provisions for making adjustments as needed in line with Pyongyang's compliance. These could include suspending or lifting the measures, he said.

South Korea and Russia were similarly quick to claim credit for the Trump-Kim meeting. President Moon Jae-in implied that South Korea had planted the seeds by encouraging dialogue, which picked up earlier this year. The U.S.-North Korea agreement "will be recorded as a historic event that has helped break down the last remaining Cold War legacy on Earth," he said.

"We will take a new path going forward. ... We will be there together with North Korea along the way," Moon said.

Russia, which has been trying to stay in the loop on the North Korea talks by reviving the framework of the six-party talks, said Pyongyang's denuclearization steps have followed the process laid out by Moscow and Beijing, the Russian Ministry of Foreign Affairs said. Russia will work actively to keep the political and diplomatic process moving based on multilateral dialogue, the ministry said.