LONDON -- A former British ambassador to North Korea fears confusion could lend itself to a "frankly dangerous" situation at next week's big summit in Singapore.

U.S. President Donald Trump called off his meeting with North Korean leader Kim Jong Un two weeks ago only to reconfirm it eight days later. Along the way, he threw the whole process into confusion.

One issue still up in the air is who will pay for the North Korean delegation's stay in Singapore.

"This is a crucial international summit," John Everard told the Nikkei Asian Review, "and summits of any kind require meticulous preparation. If you do your work properly, then by the time the two leaders sit down at the table, everybody knows to the minute exactly what is going to happen. It's like theater."

Everard, the British ambassador to North Korea from 2006 to 2008, was in the country when North Korea conducted its first nuclear test.

What would normally take months of planning will instead have less than two weeks' worth of preparation, counting down from the day Trump reversed himself on the issue a second time.

Everard sees uncertainty, a lack of preparation and trust issues on both sides. Kim's motives for asking for the meeting are unknown. There is also a question of whether Trump will read his brief and follow it.

And will the two leaders be able find any chemistry together?

"There's a risk that things will go wrong," Everard said. "And if they go wrong, they might go badly wrong." 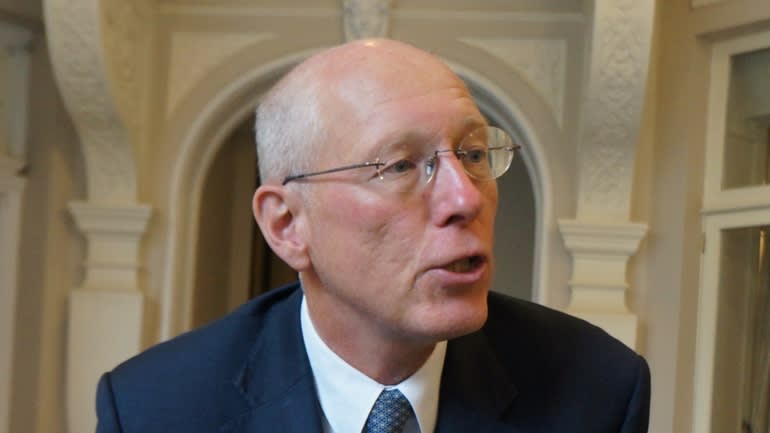 In the worst case scenario, he said, "people in the White House will start to talk again about military strikes. I really hope that doesn't happen, but in today's White House that's entirely possible."

Everard admitted there is a possibility that North Korea has decided to reintegrate into the international community and that the summit will start a truly historic process. On the other hand, the U.S. may be getting itself into another prolonged negotiating process with a recalcitrant North Korea -- but with the added risk that Trump will too easily give away a peace treaty.

Everard believes the summit came about by accident. "It was never meant to happen," he said. "It was no part of North Korea's game plan." Kim's original intention was to have better relations with South Korea, either for economic reasons or because his regime had completed its nuclear program and wanted to play its stronger hand. "The whole change in relationship with the U.S. came as a side effect of that first approach," Everard said.

Whether North Korea is serious about engaging with the international community will become apparent through the country's actions, Everard said. One step North Korea could take to assure the world of its good intentions would be to move nuclear devices out of the country. Another would be to allow inspectors in. Kim could make other reassuring gestures, like implementing projects with South Korea that the two parties have already agreed to, such as reconnecting the two countries' railways.

In the end, it will be the Trump administration that makes the crucial assessment as to what North Korea's true intentions are. If Trump comes away from Singapore feeling reassured, the U.S. could lift sanctions to create some goodwill -- or maintain them to pressure Pyongyang from backsliding.

"It's a difficult position," Everard said. "We don't want to be cheated by Kim Jong Un, North Korea. This has happened too often in the past. If, on the other hand, this really is the change, then history will never forgive us if we turn the olive branch back in his face."