G-7 in limbo over 'maximum pressure' on North Korea 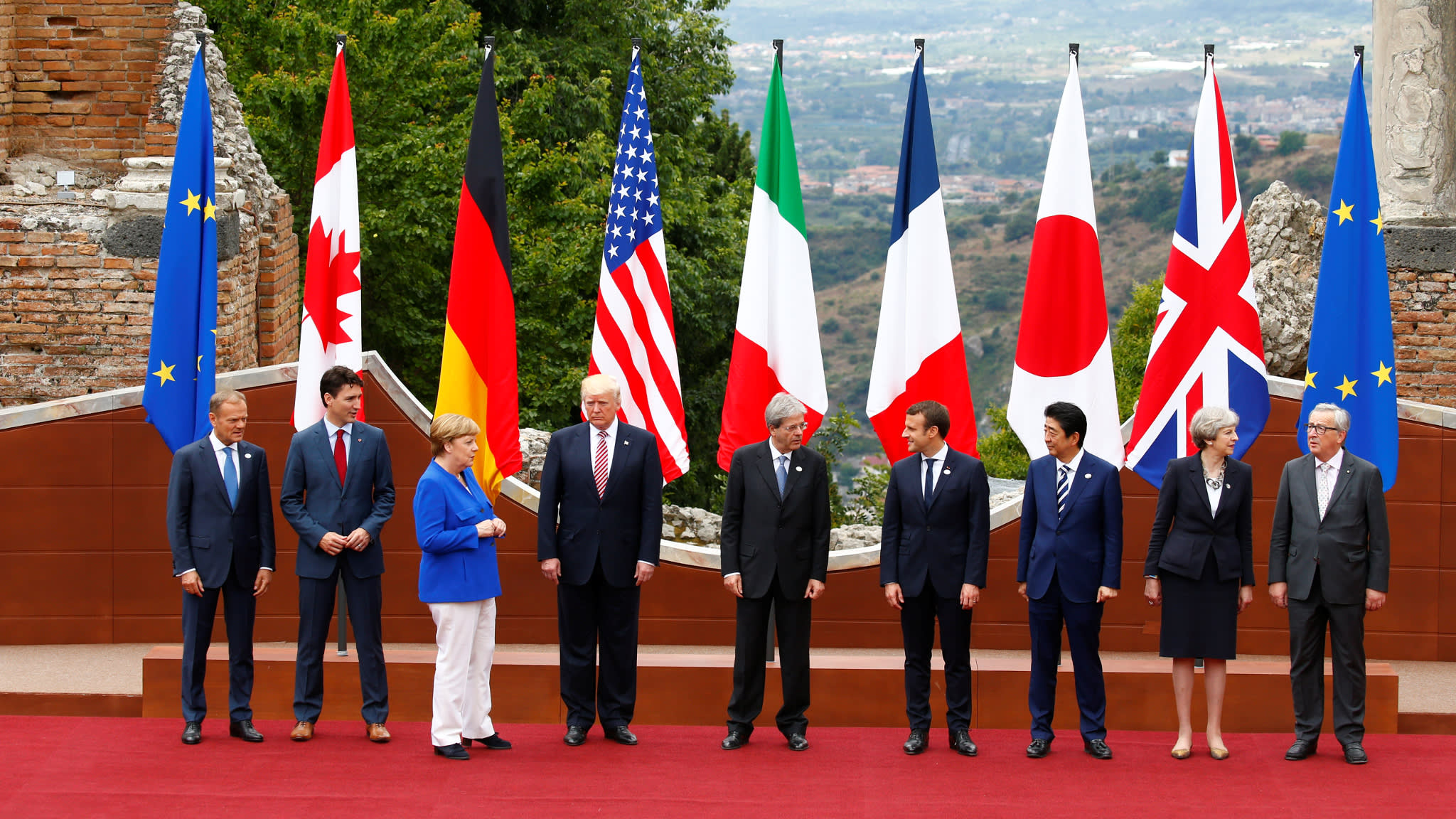 Leaders from the U.S., Canada, Japan, Britain, France, Germany and Italy will gather in Canada on Friday and Saturday for their annual summit. With U.S. President Donald Trump preparing to meet North Korean leader Kim Jong Un next Tuesday, however, it is unclear whether the group can issue a joint statement supporting the maximum-pressure campaign to force the rogue state into denuclearization.

Trump appeared to back off from that stance last Friday after a meeting with Kim Yong Chol, vice chairman of the ruling Workers' Party of Korea, saying, "I don't even want to use the term 'maximum pressure' anymore."

At last year's G-7 summit, leaders condemned North Korea's nuclear weapons and missile development programs "in the strongest terms." In April, foreign ministers said explicitly that the nations are "committed to maintaining maximum pressure" on Pyongyang, including through economic sanctions. Leaving that key phrase out of this meeting's joint statement, which must be a product of consensus, could send a message to Kim that an easing of sanctions is on the way.

The U.N. Security Council last year prohibited member states from importing goods that make up 90% of North Korean exports and imposed punishing limits on shipments to the country of petroleum products and other essential items. But while these sanctions have not been formally loosened, international pressure on Pyongyang has already begun to weaken in the aftermath of Trump's statement.

Air China on Wednesday reinstated flights between Beijing and Pyongyang that had been suspended since last fall, perhaps to encourage travel between the cities as Chinese-North Korean ties improve. Trade in embargoed products like seafood is also increasing at the China-North Korea border, chipping away at sanctions' impact. At customs and immigration posts, meanwhile, Chinese resolve to enforce sanctions seems to be weakening.

The international community will start to anticipate an easing of sanctions once Washington and Pyongyang open dialogue toward denuclearization. South Korea is already preparing for such a scenario. Seoul and Pyongyang will hold high-level talks in mid-June to discuss restoring cross-border rail links, as laid out in the Panmunjom Declaration at South Korean President Moon Jae-in's historic meeting with Kim in April. Specifically, the countries look to revitalize their "eastern transportation corridor" and a line running from Seoul through Pyongyang to Sinuiju on the Chinese border.

South Korea's Lotte conglomerate has set up a working group to identify possible investment targets in the North for core businesses such as foods and tourism.

But G-7 members may not be so understanding of Washington's change in tack. All six partners are in a trade dispute with the U.S. after tariffs on steel and aluminum were applied to Canada and European Union members on Friday. Japan has faced these duties since they were enacted in March.

Canadian Prime Minister Justin Trudeau did not mince his words in condemning the U.S. move. "Let me be clear, these tariffs are totally unacceptable," said Trudeau last week.

When G-7 finance ministers gathered last week, U.S. Treasury Secretary Steve Mnuchin was grilled for more than an hour about the tariffs, which they see as violating World Trade Organization rules. The group asked Munchin to convey its "unanimous concern and disappointment" with the levies, according to a statement written by Canada.

Larry Kudlow, Trump's top economic adviser, said Wednesday that Trump has no plan of backing down.

"There are disagreements. He's sticking to his guns," Kudlow told reporters. "The lines are open. The negotiations are ongoing."

The U.S. sought steel export quotas from the Canadians and Europeans in exchange for continuing to exempt them from the tariffs, according to an international trade source, after South Korea accepted such an arrangement as part of a renegotiated trade pact. Both seeking and accepting quotas violates WTO rules. Looking past American violations could benefit China, according to Japanese Finance Minister Taro Aso, as the G-7 has harshly criticized Beijing, as well as governments in Moscow and elsewhere, for breaking international trade rules in the past.