Trump concedes on schedule and verification, risking a repeat of old failures SINGAPORE -- North Korea's agreement to pursue "complete denuclearization" at the summit between Donald Trump and Kim Jong Un has the U.S. president claiming success but lacks the details needed to ensure follow-through by Pyongyang.

The North said it will work toward the "complete denuclearization of the Korean Peninsula" in a joint statement from Tuesday's first-ever summit by leaders from both sides. The same goal was set at April's meeting between Kim and South Korean President Moon Jae-in. In the new statement, Trump promises "security guarantees" to Kim's government.

"I believe that's going to start very soon," Trump said of the denuclearization process in a news conference after the summit. Kim, for his part, said the world will see a major change as a result of the talks.

But nothing in the two leaders' statement suggests what path "complete denuclearization" will take, in terms of either process or time frame. Nor does the statement use Washington's preferred language of "complete, verifiable and irreversible denuclearization" -- a stringent process that Secretary of State Mike Pompeo called "the only outcome that the United States will accept" on Monday.

While Trump said that "sanctions will remain in effect" until denuclearization is complete, economic pressure on the North had already weakened ahead of the summit.

The Japanese government had hoped that North Korea would agree to inspections by the International Atomic Energy Agency as part of denuclearization. But not even a passing reference to verification made it into the leaders' statement, giving the impression that Trump has compromised heavily on denuclearization for the sake of a strong political performance at the historic meeting.

"The summit was extremely successful from the point of view of Kim Jong Un," said Daniel Russel, former U.S. assistant secretary of state for East Asian and Pacific affairs.

"The most important thing is verification," Russel said. "The question of whether there was any progress at Singapore will ultimately hinge on that word, verification." 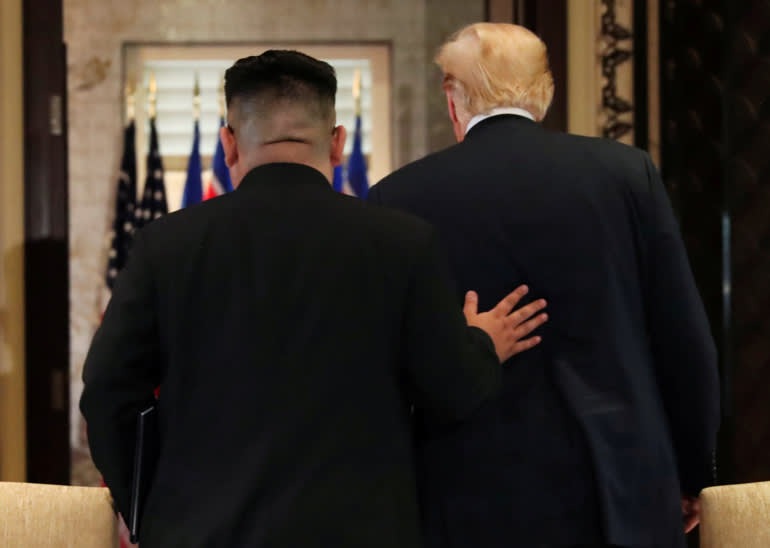 Trump, right, must ensure that Kim does not lead him away from the goal of complete, verifiable and irreversible denuclearization.   © Reuters

Also unclear from the statement and Trump's comments is whether the North has agreed to destroy its intercontinental ballistic missiles that can reach the U.S. mainland or shorter-range missiles threatening such American allies as Japan and South Korea.

Trump said that Kim also pledged to close a missile engine testing site but that this was only agreed to after the signing of the agreement and thus was not included in the statement.

Hajime Izumi, a professor at Tokyo International University, said the closure of the missile-testing site "is noteworthy." But he added: "The fact that it has not been put into writing is unsatisfactory for the U.S."

The statement's lack of specificity has generated concern that Pyongyang is simply buying time for development with an empty promise to reform -- a pattern repeated over the past quarter century. The North ultimately reneged on a 2005 agreement to destroy all nuclear weapons and related plans, for example. Not having a deadline for completion and details on the disarmament process seems to have encouraged noncompliance.

Meeting with an American president has been an ambition of North Korean leaders since the time of founder Kim Il Sung.

"It was not easy to get here. ... Old prejudices and practices worked as obstacles on our way forward," Kim said as he began his first meeting with the American president. "But we overcame all of them, and we are here today."

What did North Korea want from this meeting? Experts say Kim seeks for economic assistance from the international community. Although the food supply is in a better state than in the past, a lack of coal has led to electricity shortages. As Kim seeks to focus the nation's resources on economic development, lifting crippling sanctions is crucial. 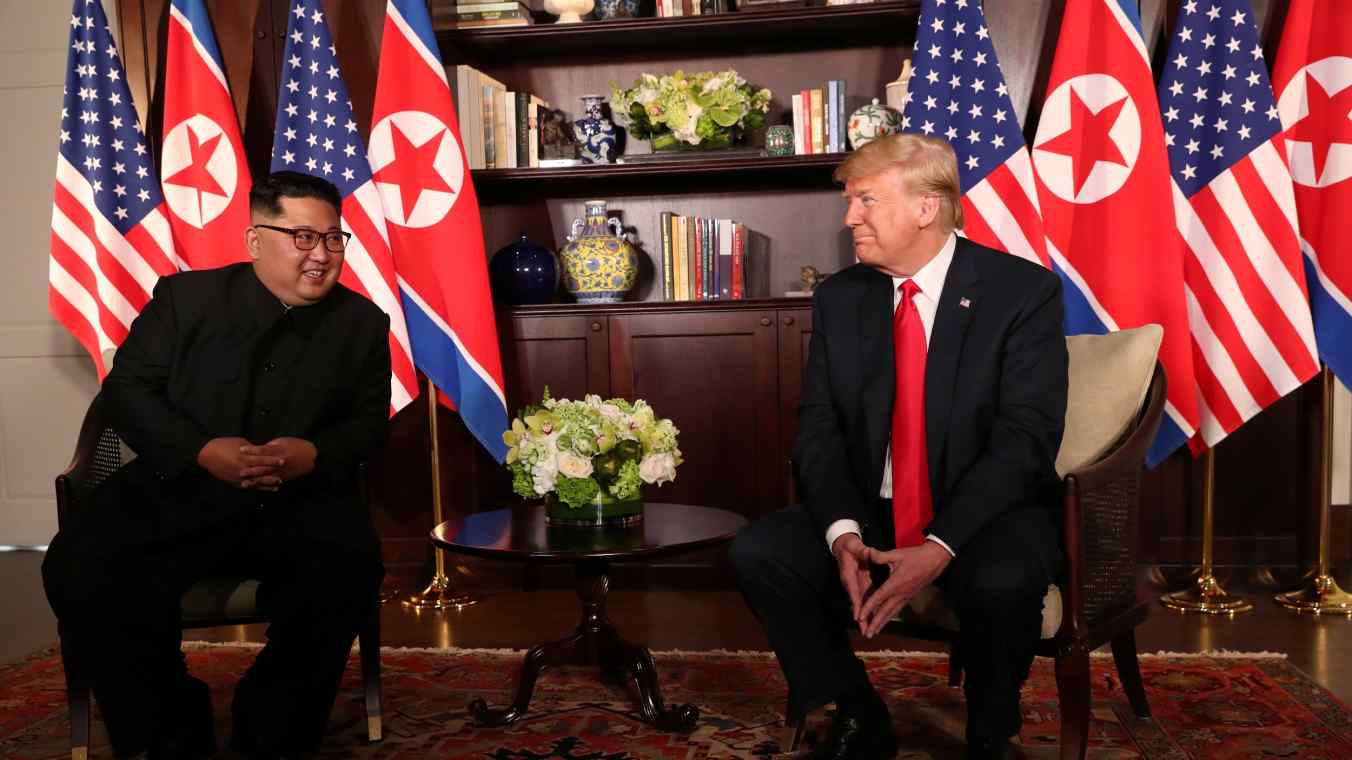 China talks up its role in US-North Korea detente

"Singapore is clean and beautiful, and every building is stylish," Kim told his hosts as he viewed the city-state's nightscape on Monday evening, according to the North's official Korean Central News Agency.

"I am going to learn a lot from the good knowledge and experience of Singapore," the young leader said, hinting at his strong ambition for economic development.

The summit's primary significance is symbolic. Trump and Kim call the meeting "an epochal event of great significance in overcoming decades of tensions and hostilities" in their statement, suggesting that the countries are approaching detente for the first time since the Korean War began in 1950.

Pyongyang envisions a cessation of hostilities with Washington leading to a declaration of peace and a formal treaty that ends the Korean War. The eventual goal is normal diplomatic relations between the U.S. and North Korea -- a development seen as ensuring the Kim government's survival.

Trump suggested ahead of Tuesday's summit that a peace agreement could be signed there. This did not come to pass, as the Americans were reluctant to take such a drastic step without a clear path to denuclearization on the part of the North. But Trump revealed in his news conference that the U.S. will halt joint military exercises with South Korea while further talks proceed and suggested that Washington could later draw down its roughly 30,000-strong military presence in the South.