Trump 'in no rush' but experts warn of long-term consequences 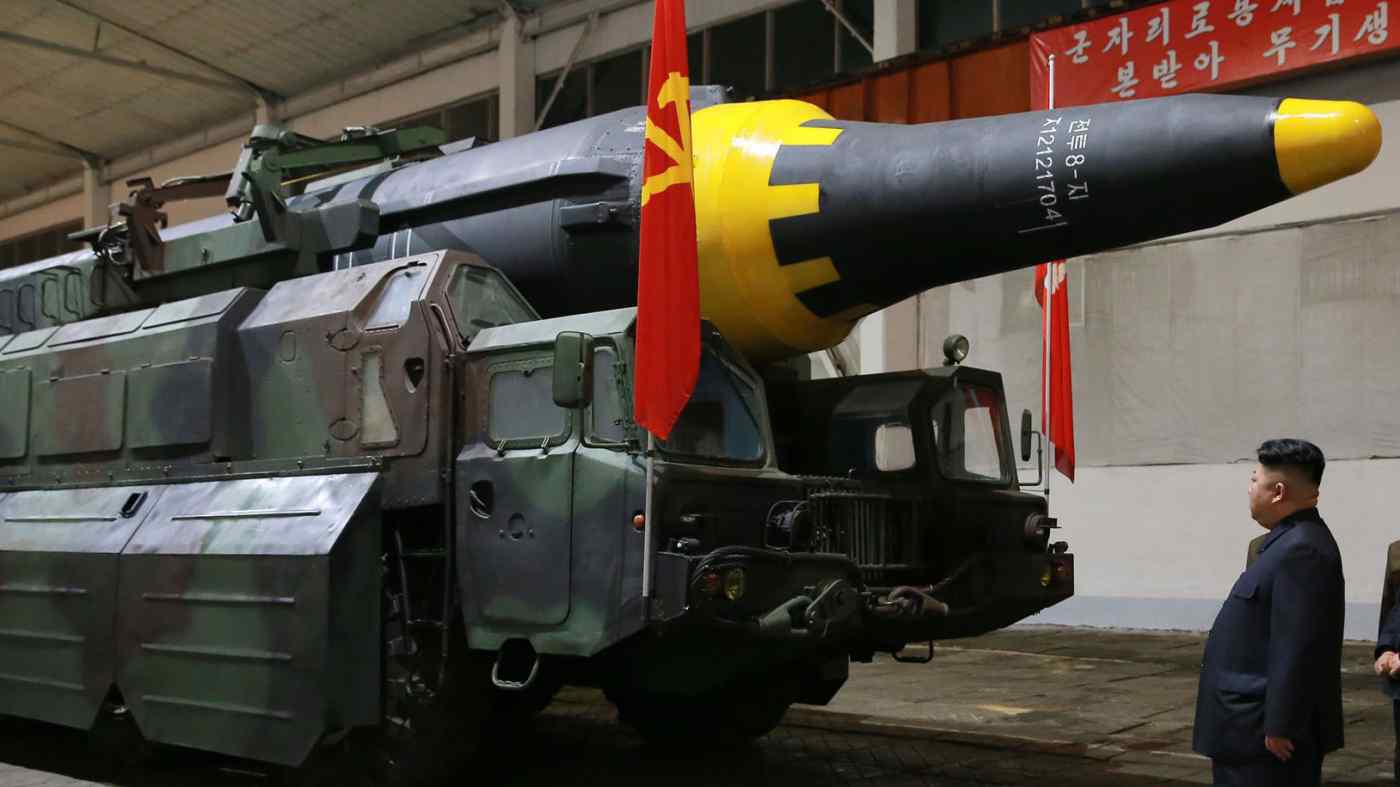 TOKYO -- Hopes that Northeast Asia will soon be free from the North Korean nuclear threat are fading fast, despite the rapid detente between Pyongyang and Washington.

Trump told reporters earlier this week that he is "in no rush" for Kim's regime to denuclearize as long as it refrains from testing its bombs and missiles.

On Wednesday, Trump added, "I don't think this will be the last meeting by any chance" -- a tacit acknowledgment that achieving all-out denuclearization is unlikely in a couple of summits.

Some see Trump's stance as a positive sign that the U.S. is committed to seeing the process through, even if it takes decades. Others, however, fear a repeat of failed negotiations in the past, which only gave Pyongyang more time to develop its arsenal.

The upcoming summit in Hanoi is expected to yield a few agreements, such as a political statement declaring the end of the Korean War and some steps concerning the North's main nuclear facility in Yongbyon. But Katsuhisa Furukawa, a former member of the United Nations panel monitoring sanctions enforcement on North Korea, is quick to stress that the denuclearization effort has actually gone backward in the last decade.

In 2007, there was an agreement among the six parties -- North and South Korea, the U.S., Japan, Russia and China -- on an "action plan" for the initial phase of denuclearization. Today, no such plan is on the table.

"The U.S. and North Korea seem stuck at the most basic stage of the denuclearization process," Furukawa said.

Not only that, but North Korea has significantly improved its nuclear capabilities over the years. Until and unless Kim orders an end to the program, the regime could continue to hone its technology, Furukawa warned.

Yongbyon is only one of many facilities in North Korea's covert nuclear and missile program. The country has approximately 20 ballistic missile bases that have never been declared, including Sakkanmol, Sino-ri and Sangnam-ni, according to the Center for Strategic and International Studies in Washington.

The regime is still refusing to disclose all aspects of its program -- something many analysts consider a prerequisite for creating a viable road map. Yet Trump appears focused on Yongbyon.

Analysts are also reading between the lines of the Trump administration's shift from demanding "complete verifiable and irreversible dismantlement" to "final, fully verified denuclearization." Some think this indicates the U.S. would be content to inspect only facilities North Korea dismantles.

"Science and technology never stop making progress," Furukawa said, pointing to the steady development of smaller, more powerful, lower-cost devices. North Korea's nuclear and missile program "has benefited from this progress as other countries have."

In 2017, North Korea demonstrated its ability to develop a powerful nuclear weapon and launch intercontinental ballistic missiles capable of reaching Washington D.C. Still, it has yet to show it can combine these deadly capabilities. At least, the recent moratorium on testing has kept the country from reaching that stage.

But Yongbyon remains operational and continues to receive maintenance, according to experts analyzing satellite images of the site. North Korea could also use computer simulations to sharpen its nuclear know-how.

"North Korea won't give up its hard-won nuclear capability for a political declaration that could quickly be reversed with the arrival of a new president," Furukawa said. He thinks Pyongyang will delay full denuclearization until it is convinced the detente will continue beyond one administration and become an established part of U.S. foreign policy.

Neighboring countries are watching the negotiations nervously. One worry, rooted in Trump's "America First" approach, is that he might strike a deal over North Korea's ICBMs while leaving Kim with hundreds, or even thousands, of short- and medium-range missiles aimed at Japan and potentially China. Both Tokyo and Beijing insist Pyongyang should give up its nuclear weapons. Trump 'in no rush' to see Pyongyang give up nuclear weapons

Economic cooperation between the North and South, without visible denuclearization progress, is also unnerving to some.

Following their historic inter-Korean summit in April 2018, Pyongyang and Seoul have been discussing ways to boost economic ties, with a unified Korea as an eventual goal.

Many South Korean liberals envisage a "two systems, one nation" confederation, which could then grow organically into a unified Korea, with the assets of the two Korean states increasingly being shared, explained Robert Kelly, a professor at Pusan National University.

Reunification is still a long way off, but the idea that South Korea could absorb the North's nuclear program is already unsettling the region.

"One thing I'm worried about is the long-term consequences of North Korea's nuclear weapons and possible inheritance of [them] by a unified Korea," said Narushige Michishita, professor at the National Graduate Institute for Policy Studies in Tokyo and a former Japanese defense official. "Unfortunately, not many South Koreans are against acquiring nuclear weapons."

Such a development would leave Japan as the only nation in Northeast Asia without nuclear arms.

"Should unification happen before denuclearization, a unified nuclear Korea would possess independent strategic capacities," said Nevine Schepers, a nonproliferation expert at the International Institute for Strategic Studies in London.

"This would, however, cause an arms race in the region, as Japan would be likely to start developing its own nuclear weapons program, and endanger relations with all neighboring countries," Schepers said.

For now, Tokyo remains under the U.S. nuclear umbrella and is bound by a constitution that prohibits offensive weapons. The Japanese government is also focused on shoring up its conventional defenses against China. But as Trump and Kim draw closer and the region's security picture evolves, a sense of unease is spreading.