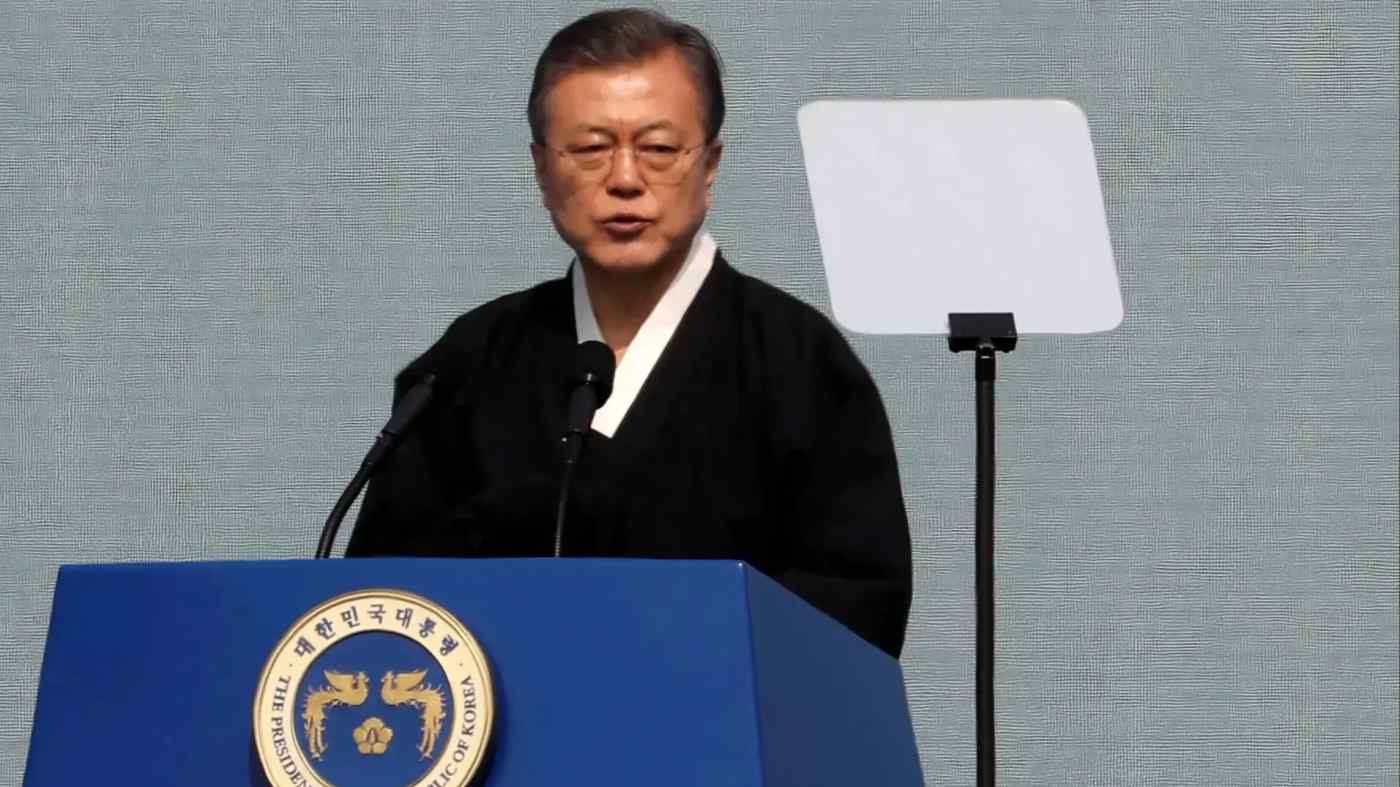 MANILA/TOKYO -- Despite the unexpected collapse of talks between U.S. President Donald Trump and North Korean leader Kim Jong Un on Thursday, regional leaders played up the effort to achieve peace on the Korean Peninsula.

Speaking at an event on Friday commemorating the 100th anniversary of an uprising against Japanese colonial rule, South Korean President Moon Jae-in said Trump and Kim "made meaningful" progress over the course of the two-day summit in Hanoi.

Moon, who sees himself as a champion of peace and as mediator between Washington and Pyongyang, has much at stake as he pushes to build economic ties with the North. While the break off of talks may force him to rethink his embrace of Pyongyang, he used the ceremony to champion his "New Korean Peninsula Policy."

"I have high regard for President Trump, who has expressed his commitment to continuing talks and optimistic views," Moon said. "I believe this is part of a process to reach a higher level of agreement."

China was cautiously optimistic on the outcome of the summit.

In a meeting with North Korean Vice Foreign Minister Ri Kil Song in Beijing on Thursday, Chinese Foreign Minister Wang Yi said that the Korean Peninsula issue should be resolved through dialogue, while adding that Beijing is willing to continue to play a constructive role in the process.

"Difficulties are unavoidable as DPRK-U.S. negotiations have touched deep-seated issues," Wang said, according to the official Xinhua News Agency. "China hopes that the DPRK and U.S. sides can consolidate the faith, remain patient, continue talks, meet each other half way and make unremitting efforts for the goal."

Japanese Prime Minister Shinzo Abe reiterated his line of wanting to meet Kim to discuss the issue of Japanese nationals abducted by North Korea in the 1970s and '80s.

"I know that I need to face Chairman Kim myself next," Abe said. "Japan and the U.S. will continue to cooperate closely toward resolving the abduction, nuclear and missile issues."

Taro Kono, Japan's foreign minister, said his government backs Trump's approach because "he is seeking the complete, verifiable and irreversible denuclearization" of the rogue state." An official close to Abe said putting an agreement on hold "is better than the U.S. and North Korea making a hasty compromise."

U.S. Secretary of State Mike Pompeo, who sat alongside Trump at the meetings with Kim, tried to clarify what happened in Hanoi. In remarks to reporters in Manila, he said that his president "had it exactly right." No-deal summit -- will Trump and Kim break up or make up?

Russia, the other member of the so-called six-party talks process on North Korea's disarmament, was more critical. Kremlin spokesman Dmitry Peskov told reporters that Moscow is encouraged that negotiations did not break down completely, but lamented the lack of "small steps" and flexibility that could have led to progress.

Peskov said the North Korean nuclear program is a complicated issue that is "impossible to solve in one go."