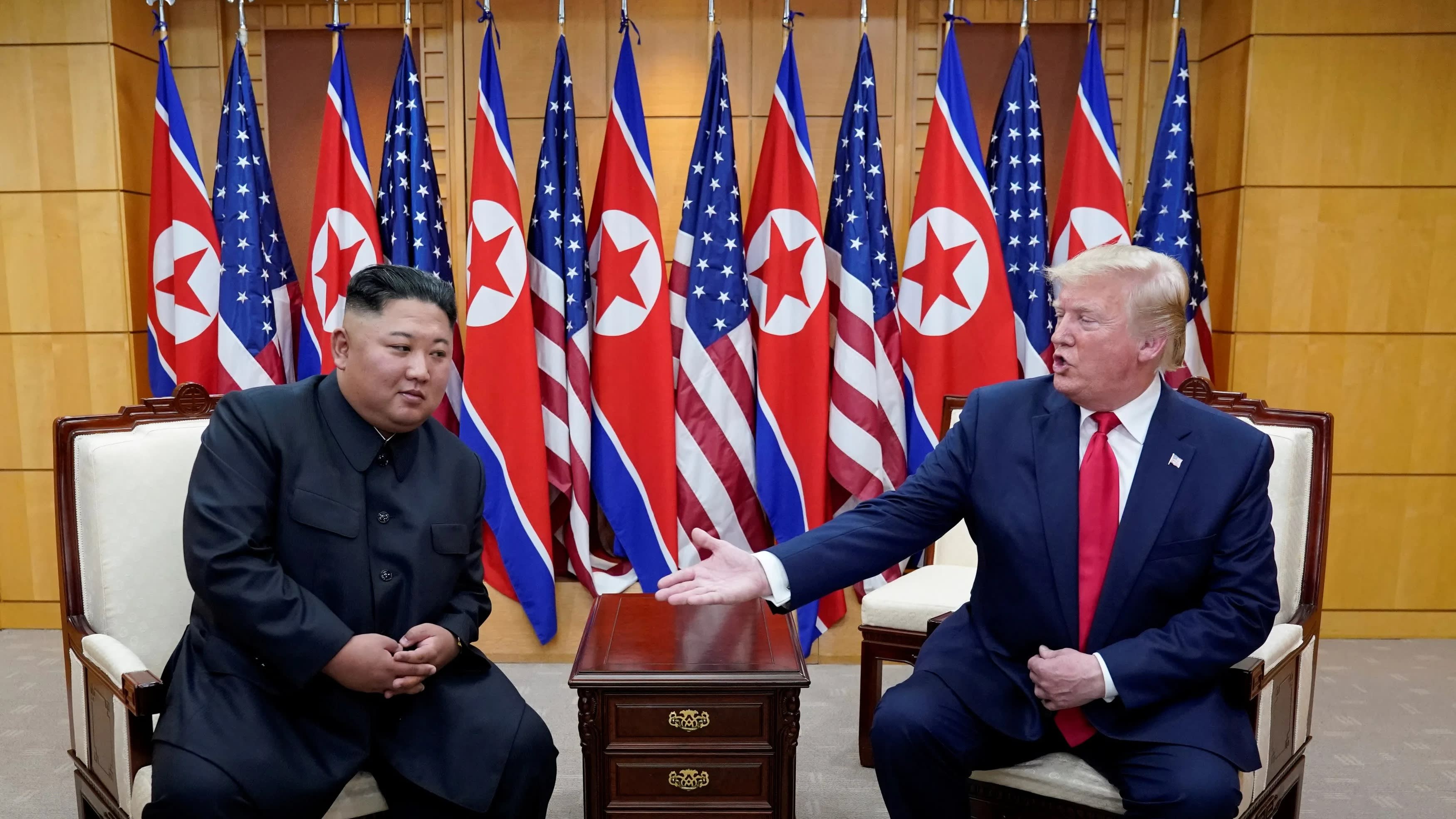 Kono cited a telephone briefing on Sunday's summit by U.S. Secretary of State Mike Pompeo. The secretary said Washington was skeptical that Kim would show up until he actually arrived, according to Kono.

"If Chairman Kim of North Korea sees this, I would meet him at the Border/DMZ just to shake his hand and say Hello(?)!" he tweeted.

"Japan must engage in direct dialogue to resolve the abduction issue," Kono said, referring to North Korea's kidnappings of Japanese nationals in the 1970s and 1980s. "We will prepare thoroughly so that we can start right away at any stage."

Trump and Pompeo conveyed Japan's stance to Pyongyang once again, and "North Korea is well aware of it," Kono said.