Both hope to extract concessions in Hanoi but how far will they go? 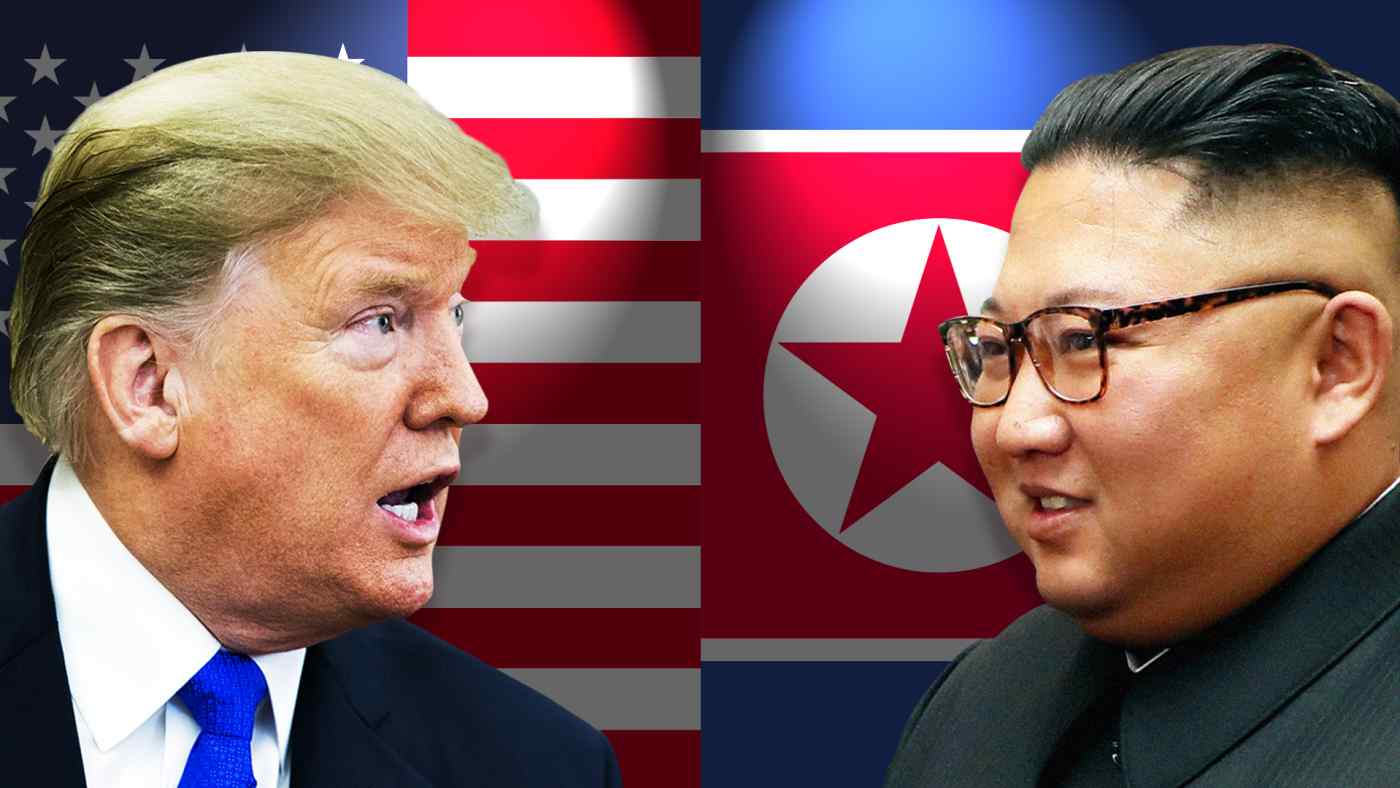 SEOUL -- The second summit between the leaders of the U.S. and North Korea in Hanoi is just around the corner and working-level discussions are entering the final round. But whether U.S. President Donald Trump and North Korean counterpart Kim Jong Un can reach a concrete, detailed agreement remains uncertain, as each has his own agenda.

Each leader has a potentially strong hand to play to extract concessions from the other. Trump could offer to loosen sanctions, while Kim can promise progress on denuclearization. The question is whether either one is willing to take those steps.

We offer a glimpse of how the game could be played.

Trump's trump card is sanctions relief. He can dangle the prospect of easing sanctions, which will provide a much-needed boost to the beleaguered North Korean economy.

The U.S. could also give the green light to a plan by the two Koreas to connect their railways, which will help the North Korean economy, according to experts.

Trump could also make concessions in allowing the reopening of the Kaesong industrial complex, a project between two Koreas that was created in 2004 but suspended in 2016 due to nuclear tests and missile launches from the North. If sanctions are lifted, it is expected to produce goods worth $560 million per year, according to Samsung Securities.

From Kim's side, the treatment of the Yongbyon nuclear complex is key to getting the best deal for Pyongyang. The U.S. has always wanted to demolish it, but failed to achieve much in six-party talks in the past.

North Korea may allow the U.S. to inspect its 5-megawatt nuclear reactor which produces plutonium as well as facilities that make highly enriched uranium. Taking a further step, Pyongyang could agree to demolish the nuclear complex. This would be a big win for the U.S.

"If the U.S. can inspect Yongbyon's nuclear facilities, it can make progress in finding out North Korea's nuclear capabilities and seizing its nuclear materials," said Choi Kang, a senior researcher at the Asan Institute for Policy Studies.

For his part, Trump can promise a move toward a peace treaty. North Korea wants to normalize diplomatic ties with the U.S. as a means to guaranteeing the survival of the regime.

As a first step, the U.S. can resume humanitarian aid, followed by opening its liaison office in Pyongyang as well as having North Korean representation in Washington. The liaison offices should promote communication between the two countries more efficiently.

A declaration of the end of the Korean War will ensure safety for Kim even though it is nothing but a political gesture. When all those moves have been made, the two countries, and China and South Korea, can finally sign a peace treaty to officially end 70 years of hostility.

To secure economic concessions from Trump, Kim will be under pressure to pull out his nuclear inspection card. The U.S. is interested in examining materials that can produce nuclear arms, such as plutonium and highly enriched uranium.

In the process, the International Atomic Energy Agency will likely be asked to step in to help in the inspection. The IAEA has said it is willing to do so if negotiations between the two parties go smoothly.

Trump is known as a tough business negotiator. The president is expected to deploy a similar negotiating tactic in talks with Kim. He may offer economic assistance by offering to help to develop the eastern coastal city of Wonsan as a tourist destination by inviting investments in the project. He may even offer cash to North Korea, if Pyongyang takes instruction from Washington.

Kim could flag his intentions to abandon inter-continental ballistic missiles, or ICBMs, that he claimed could hit the U.S. mainland, the kind of weapons Trump has been adamantly pushing Pyongyang to abandon.

Washington is also likely to demand North Korea report all of its weapons of mass destruction, including biological and chemical weapons, which can surface as threats to U.S. security later.

It is highly questionable that Pyongyang would give up all of its critical military weaponry in exchange for economic returns. But Pyongyang must offer enough so that the U.S. president can at least say to his country: "American people are now safe."